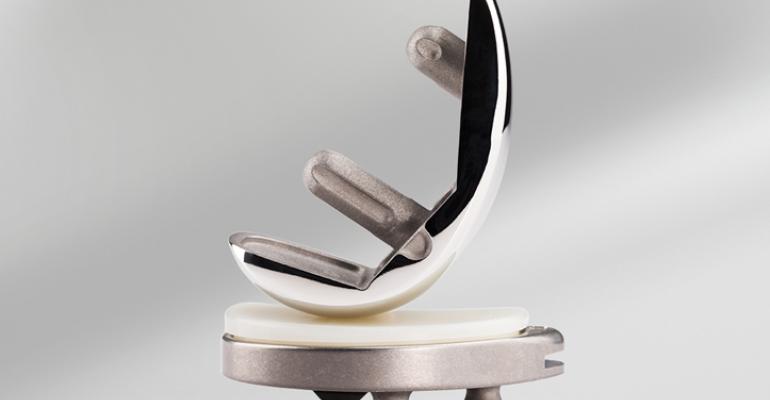 It’s not just another orthopedic implant. Zimmer Biomet’s Persona Partial Knee System may be a symbol of the combined company’s future.

In announcing the worldwide launch of its Persona Partial Knee System, Zimmer Biomet executives noted that the knee implant is the first major new product jointed developed by the combined company since the merger was finalized in June 2015. “The global introduction of the Persona Partial Knee System is the combine Company’s first major product launch and fills a significant gap in our knee portfolio,” Daniel Florin, chief financial officer and interim CEO, said in a press release.

The fixed-bearing Persona Partial Knee System offers a personalized approach, intended to give patients a fit customized to their anatomy. The implant fills a hole in the company’s product portfolio that was created by the divestiture of Zimmer’s Unicompartmental High-Flex Knee System in mid-2015. That divestiture was required to secure FTC approval of the merger with Biomet. “That’s an important segment of the partial knee market that we have not been participating in,” Florin told investors on the company’s second quarter earnings call in July. He added that early feedback from surgeons was good and that “we have high hopes for Persona Partial Knee.”

The product launch comes at a time when Zimmer Biomet has been termed an “early-stage turnaround story” by at least one analyst. Company management cut guidance following its second quarter earnings results, and the company’s CEO, David Dvorak, resigned in July. Earlier this year, recalls were announced for products in the company’s shoulder and spine portfolios.

“The new Persona Partial Knee System has made me a better partial knee surgeon,” Craig Della Valle, MD, a developing surgeon from Rush University Medical Center in Chicago, said in the release. “Its combination of compartment-specific implants that fit better to ergonomic instruments has made me both more accurate and efficient. The system is definitely a move forward in the right direction.”

Other Persona knee products are anticipated. The Persona cementless knee implant and the Persona revision system are both slated to be launched in the second half of 2018.