When Can Investors Expect NuVasive to Get Back on Track? 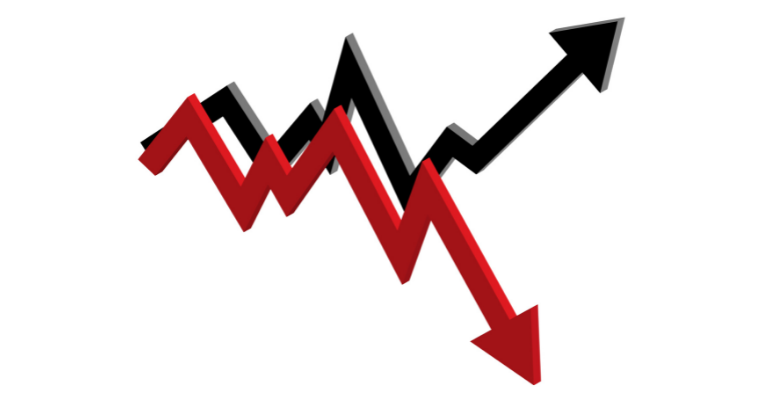 Plus, how does Simplify stack up to Medtronic and Zimmer Biomet's two-level disc replacement systems?

In recent weeks, Needham & Co.'s team of medtech analysts met with a series of investors across several regions of the United States. Last week we shared their insights on AtriCure and Haemonetics. NuVasive was also among the most frequently asked about companies during those conversations, according to a report from Needham's Mike Matson, David Saxon, and Joseph Conway.

Like most of its peers in the orthopedics market, NuVasive has had to fight for stability since the beginning of the COVID-19 pandemic. The company recently disclosed in an 8-K filing that it expects 3Q21 revenue to decline sequentially from the second quarter ($295 million), which will likely be a drag on the company's year-over-year growth. Previously, NuVasive was targeting the $300 million range for its third-quarter revenue. This isn't a huge surprise, considering the fluid situation in certain U.S. regions like Texas and Florida where the Delta variant of the COVID-19 virus has hit particularly hard.

Given the uphill battle facing NuVasive and others in the space, it's also no surprise that the company's stock has been trading down in the past six months, according to Yahoo Finance data. The stock has fallen about 20% from a closing price of $71.72 on April 29 to a closing price of $57.14 on Monday. That said, Needham has a "buy" rating on the stock. 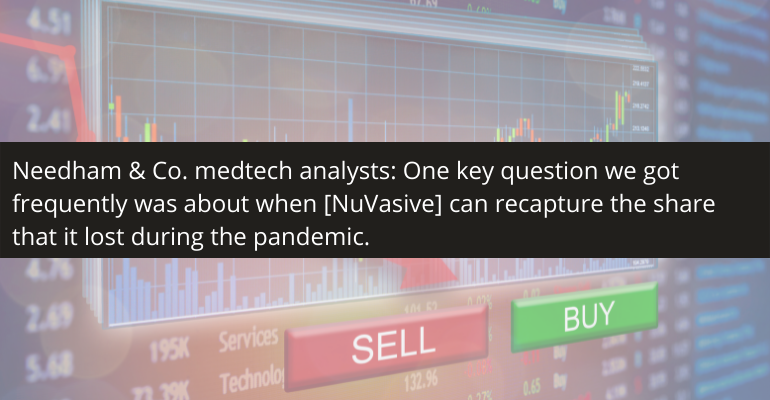 In the firm's Oct. 1 report, the Needham & Co. analysts note that NuVasive should gain some share in the $2.6 billion cervical category with its Simplify Disc for cervical total disc replacement. They also point out that, based on their checks with clinicians in the field, the Simplify Disc has advantages over the only other two-level disc replacement systems currently on the market, which are Medtronic's Prestige LP and Zimmer Biomet's Mobi-C. NuVasive expects to see about $5 million in Simplify revenue in 2021, and the Needham analysts estimate the device could contribute closer to $30 million in 2022.

The other frequently-talked-about NuVasive device, Pulse. FDA cleared the Pulse in July 2019, and MD+DI identified the surgical automation platform as one of 8 Showstoppers at NASS 2019. However, the San Diego, CA-based company decided to spend most of 2020 further refining the platform based on beta testing insights, delaying the launch until this year. Pulse is single platform designed to combine neuromonitoring, surgical planning, rod bending, radiation reduction, imaging, and navigation in order to address many of the challenges spine surgeons face.

Pulse is currently in its initial launch. The Needham analysts said their recent checks suggest that Pulse has limited differentiation compared to competing products though.

"That being said, we believe [NuVasive] could ramp installations into [NuVasive-loyal] accounts over 2022," Needham's analysts noted in the report. "All things considered, we expect [NuVasive] to end 2022 in the same share position as it had in 2019. However, we only expect modest share gains thereafter."