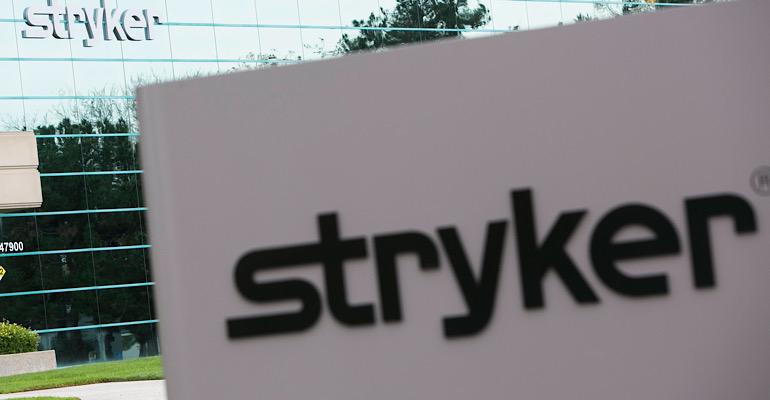 Stryker is the latest medtech company to be adversely affected by the Omicron Variant. The Kalamazoo, MI-based company said the variant along with ongoing nursing staffing shortages created tremendous headwinds. However, the company’s Mako Surgical Robotics system was a saving grace during the unpredictable quarter.

Stryker missed consensus on earnings per share. The company reported an EPS of $2.71 vs. consensus of 2.72.

“During the quarter, hospital bed and operating room capacities were challenged because of the Delta variant early in the quarter and most recently by the Omicron variant which started to pressure elective procedural volumes in December,” Preston Wells, VP of Investor Relations, Stryker, said according to a Seeking Alpha transcript. “In addition, ongoing nursing staffing shortages disrupted hospital scheduling of procedural volumes. The delay in procedural volumes primarily impacted our implant-related businesses, including hips knees, spine and foot and ankle which can be, in many cases, deferred for a period of time.”

Stryker’s Mako robot provided a bit of relief as it is experiencing continued growth.

“For the full year 2021 vs. 2020, our global Mako installed base grew by 27% and we now have an installed base that is approaching 1,500 Mako robots,” Wells said according to a Seeking Alpha transcript. “This continues to grow - this growth continues to highlight the high demand for our differentiated Mako robotic technology.”

Stryker threw the market a curveball when it acquired Mako Surgical for $1.65 billion in 2013. Initially, the price tag was balked at.