HomeMarketsOrthopedicIndiana’s Medical Device Mecca Has Good Bones
Recent
Markets
Has Medtech Shifted to a Seller's Strike?
May 20, 2022
Medtech in a Minute: The Industry Loses a Legend, and More
May 20, 2022
NeuroOne’s Bid for Long-term Use of Evo sEEG Shot Down by FDA
May 20, 2022
Minnetronix Improves Image Quality with Surgical Camera and Other Supplier News
May 19, 2022 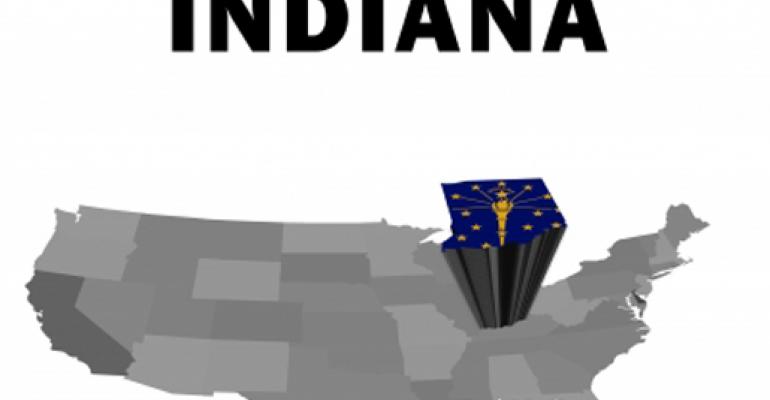 It should come as no surprise that Northern Indiana is a major medical products manufacturing center. For more than a hundred years, the region has been an economic powerhouse, attracting first-tier business giants in the automotive, steel, electronics, appliance, and recreational vehicle industries. Close to the Midwestern metropolis of Chicago, the region is graced with an ample cadre of skilled machinists, toolmakers, and engineers. Moreover, its network of interstate highways, railways, and ports on the Ohio River and Lake Michigan are crucial assets in this era of just-in-time shipping.

From South Bend in the west to Fort Wayne in the east, Northern Indiana lays claim to world-class medical OEMs and literally dozens of suppliers. In addition to orthopedics products, the region's supplier companies offer a range of other goods and services, from precision fine wire, hydraulic-compression molding presses, and conveyor systems to specialty fluid controls and electromagnetically transparent composite tubing.

Orthopedics Capital of the World

At the heart of it all is Warsaw, a rural community of less than 15,000 inhabitants known far and wide as the "Orthopedics Capital of the World." The history of the orthopedics industry in Warsaw is a little like the old spiritual: "The leg bone's connected to the knee bone, the knee bone's connected to the thigh bone, the thigh bone's connected to the hip bone." Revra DePuy started making fiber splints in the 1890s, a time when splints were typically made of wooden barrel staves. Eventually, DePuy hired an assistant, Justin O. Zimmer, to help him make splints. After his proposal to make aluminum splints was rejected, Zimmer left DePuy Orthopedics in 1927 to found his own company. Over the years, several DePuy and Zimmer progeny broke away to launch their own orthopedics start-ups, the most notable of which is Biomet, founded in 1977. Today, three of the world's largest orthopedics companies call Warsaw home: Zimmer Inc. (www.zimmer.com), Biomet (www.biomet.com), and DePuy Orthopedics (www.depuy.com), a subsidiary of Johnson & Johnson.

The OEM presence in Warsaw created the need for a reliable and accessible supplier base, according to Toby Buck, president and CEO of Paragon Medical Inc. (Pierceton, IN; www.paragonmedical.com), a supplier of cases and trays, surgical instrumentation, and implantable components. He remarks, "For a tier 2 supplier or tier 1 supplier, which we are, it's extremely critical that that OEM base has us directly adjacent to their operating entities in that geographic area--not only from an expertise perspective but from capacity extension for those things that they choose to outsource."

The large network of OEMs and suppliers has given the local orthopedics industry a great boost. In 2004, five of Indiana's top 12 exports were related to the healthcare sector, and the orthopedics device manufacturing industry ranked 12th in exports. In 2006, 28 Warsaw-based orthopedics companies designed, manufactured, packaged, and delivered everything from reconstructive orthopedic implants--including joint, dental, and spinal parts--to trauma products and surgical instruments. That year, the Warsaw orthopedics industry employed nearly 3500 workers, or 12% of the labor force in Kosciusko County, racking up billions of dollars in sales. The industry's growth is hardly surprising: With its rapidly aging population, the United States is the world's largest market for artificial hips and knees.

But it's not merely a matter of geographic proximity. "Northern Indiana evolved into a medical device center," remarks Dave DeMarse, executive vice president of sales, marketing, and R&D at Dekko Medical Devices (Kendallville, IN; www.dekkomedical.com), a contract manufacturer offering cleanroom assembly and manufacturing services, product design, and development. "I don't see this phenomenon as a strategic plan unfolding. However, the environment is rich in ingredients that fostered its growth," notes DeMarse. Among those ingredients are brain power and research-friendly facilities. While several well-known mechanical engineering universities provide intellectual capital for biomechanical device support, foundations whose benefactors are interested in improving quality of life have also supported the orthopedics industry. DeMarse adds, "We have a number of leading healthcare facilities in the Midwest that lead concept research and product development study efforts. This provides a fertile proving ground for medical product device testing."

To satisfy the industry's need for engineers, Grace College in 2004 initiated the Orthopedic Scholar Initiative to serve as a "human capital supply chain," providing internships with local companies. Ivy Tech, on the other hand, prepares students for production work. Dedicated to training CNC machinists, its manufacturing skills program is taught by adjunct faculty members that work in the nearby orthopedics facilities.

While they train engineers and skilled workers, industry-university partnerships also achieve technological breakthroughs. A case in point was a project involving faculty members from the University of Notre Dame (Notre Dame, IN; www.nd.edu) and Zimmer that produced devices for minimally invasive surgical procedures. The joint team pioneered a hip-fracture implant featuring curable metallic and polymer components that allow for a 25-mm surgical incision instead of the standard 300-mm incision. The novel implant and replacement procedure results in less trauma than previous practices while promoting a shorter hospital stay and faster rehabilitation.

"We work directly with interns from Purdue, and we participated in the development of the curriculum at the technical schools--Ivy Tech, for example," Buck emphasizes. "And we've contributed directly with the things that have happened at the state level in terms of legislative mechanics to augment the biomechanical industry." But Paragon is not alone in this effort. Many orthopedics industry players in the area engage in such collaboration, from DePuy president David Floyd to Grace College president Ron Manahan.

Nevertheless, Buck adds, engineers and skilled workers are in short supply. "If there is an issue in Northern Indiana, you have a tight labor market because in all orthopedics, you actually compete for the labor pool with your client base." The universities are producing engineers, but not enough of them to keep up with demand.

DeMarse notes that Dekko Medical does not rely on large numbers of skilled laborers. "However, because the equipment is technically sophisticated, we do find a high degree of technical acumen exists when these specialty operators are required," he adds. He also stresses that while his company does not work specifically with area colleges or universities, it does work with medical development groups and participates in small-business innovation research and small-technology-transfer research programs.

While thriving off of the region's supply of locally trained and educated human capital, Northern Indiana's medical device manufacturers also enjoy economic incentives from city and state government, including training grants, investment tax credits, and property-tax abatements. Offering a property-tax abatement, the City of Warsaw is helping Zimmer to expand its operations and add approximately 100 jobs over the next several years. In addition, the Indiana Economic Development Corp. offered the company up to $400,000 in tax credits based on job creation plans. In the words of Warsaw mayor Ernest Wiggins, abatements and tax incentives are "good business, good partnering."

One company that has taken advantage of good partnering is Micropulse Inc. (Columbia City, IN; www.micropulseinc.com). Founded in a garage 20 years ago, the full-service contract manufacturer focuses on three areas: special instrumentation (instruments used by surgeons to insert implants); the implants themselves; and delivery systems (metal and plastic cases and trays that hold products during sterilization). "We don't do everything they [the OEMs] need, but we do a lot of it," remarks Brian Emerick, Micropulse's president, CEO, and sole owner.

The company began as a general tool and die and machine shop, performing contract services early on for the Warsaw orthopedics OEMs, the automotive sector, and other industries. But in the 1990s the situation changed, says Emerick. "We determined--partly out of necessity--that we needed a focus, and we decided to focus on a segment of our business that had always been pretty good to us. So we focused on medical and never looked back." No longer housed in a garage, the company has grown to approximately 160 employees.

"Indiana's doing a darn good job of promoting business," Emerick continues. "You can get grants to develop products from the state: tax credits, venture-capital tax credits, EDGE [earn-a-degree] credits for training." Depending on how you slice or dice it, he adds, Indiana is ranked anywhere from first to third in business friendliness out of the 50 states. Like other firms, Micropulse has received training grants, property-tax abatements from local governments, and other incentives. "But that doesn't make or break our industry. It would be here with or without that stuff. Those are just kind of nice to have, but that's not the key."

The secret to Northern Indiana's success is easy to decipher, concludes Emerick: In the 1890s, DePuy started his company. In the 1920s, Zimmer left DePuy and started his own company. In the 1970s, Dane Miller left Zimmer and started Biomet. The presence of the Big 3 automatically gave rise to dozens of suppliers around them. "There's nothing magic about the water, the air, or the beautiful oceans and mountains we have here in Northeast Indiana. It's just a microcosm of orthopedics."