HomeMarketsOrthopedicA Curveball CEO Transition Prompts Hardball Questions
Recent
Markets
Has Medtech Shifted to a Seller's Strike?
May 20, 2022
Medtech in a Minute: The Industry Loses a Legend, and More
May 20, 2022
NeuroOne’s Bid for Long-term Use of Evo sEEG Shot Down by FDA
May 20, 2022
Minnetronix Improves Image Quality with Surgical Camera and Other Supplier News
May 19, 2022 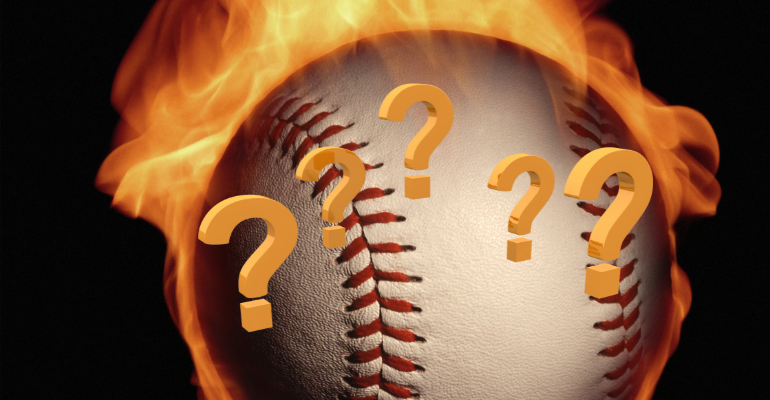 Globus Medical investors and analysts were thrown a curveball last week when Dave Demski resigned, effective immediately, from his post as CEO and president. Demski has been with the company for nearly 20 years, and has spent the last four and a half years as its CEO.

The company's board quickly promoted Dan Scavilla to take Demski's place. Scavilla has been with Globus Medical for seven years. He started with the company in 2015 as CFO, and in 2019 he was named executive vice president and chief commercial officer. In 2020 he also became president of the company's trauma business. Scavilla previously worked at Johnson & Johnson for 28 years.

During a conference call for the investment community, analysts fired some hardball questions at Scavilla, Demski, and other Globus Medical executives.

Why should Globus Medical investors have confidence in the new CEO?

Piper Jaffray's Matthew O'Brien was first up to the Q&A mound, and he certainly didn't hold back. O'Brien out that the spine industry has a rough history with CEO transitions where a company brings in a new CEO that, "didn't grow up in the spine industry," and they ended up struggling with the position.

While there are a handful of spine companies O'Brien may have been referring to, the most recent one that comes to our minds from recent industry history is NuVasive. After the company fired Alex lukianov for failing to comply with certain expense reimbursement and personnel policies, the company hired Greg Lucier to take the CEO's place. Unfortunately, Lucier only lasted a few years in that position before the company brought in NuVasive CEO Chris Barry in 2018.

"I know you've been there for seven years, what gives investors confidence that, as you step into these big shoes, we don't run into some of the challenges, maybe some sales force management turnover, sales force turnover, that's affected other companies that have had other people step into the role that just didn't really grow up in the industry?"

Scavilla said Globus has a strong leadership team, which he himself has been part of for seven years.

"As we transition with this, everybody that's been around the table remains around the table," he said. "...There's no doubt that there'll be a better focus as I assume the role and I'll make sure that I work deeply with these people as I said, reach out and contact them quickly ... and just remind everybody that the path we were on remains the path and our job is to put meaningful products out there that can benefit our patients and our surgeons."

It's also worth noting that Demski does intend to remain with the company to assist with the transition through the end of June.

Is there really nothing more going on that investors should know about?

O'Brien also pressed the leadership team for any potential challenges that investors should be aware of, either from a salesforce perspective, a competitive perspective, or even with Medtronic becoming more aggressive in the space?

"We haven't seen any any change from a competitive perspective," said CFO Keith Pfeil. "I mean, the market remains competitive, but ... really January was tough, we talked about that on our Q4 earnings call, we got into February and things did start to improve, but we really didn't start to see that momentum, that consistent momentum, until we got into March. And then March really ended up being a good month for us. As we look ahead we remain confident in delivering on our numbers."

Why is now the time for Demski to step down?

Next up to the Q&A mound was Matt Miksic, an analyst at Credit Suisse, who asked the question that has probably been on most everyone's mind since the news broke: Why now? What was the catalyst that made Demski decide now is the time to step down as CEO of Globus Medical.

"I would probably answer you with, why not now? You know, I've been looking for a new challenge for a while, and I think we're out of COVID, our technology is great, we have some great stuff coming, the team is strong, we're financially strong, so I think there's really no better time for me to step out and try something new with my life," Demski said. "...There's really nothing wrong with the company or with me that’s driving it, it’s just this is the time.”