Home>Markets>Orthopedic
Recent
NuVasive Adds a Differentiated Option to the Product Bag with Simplify Deal
Feb 25, 2021
What the Minerva Supreme Court Decision Could Mean for the Medical Device World and Beyond
Feb 25, 2021
The Quest for an Earlier Diagnosis of Autism in Children
Feb 25, 2021
Medtronic Recalls Valiant Navion Due to Patient Safety Issue
Feb 25, 2021

Is the Bounce-Back in Orthopedic Surgery Volumes Sustainable as COVID-19 Cases Surge? 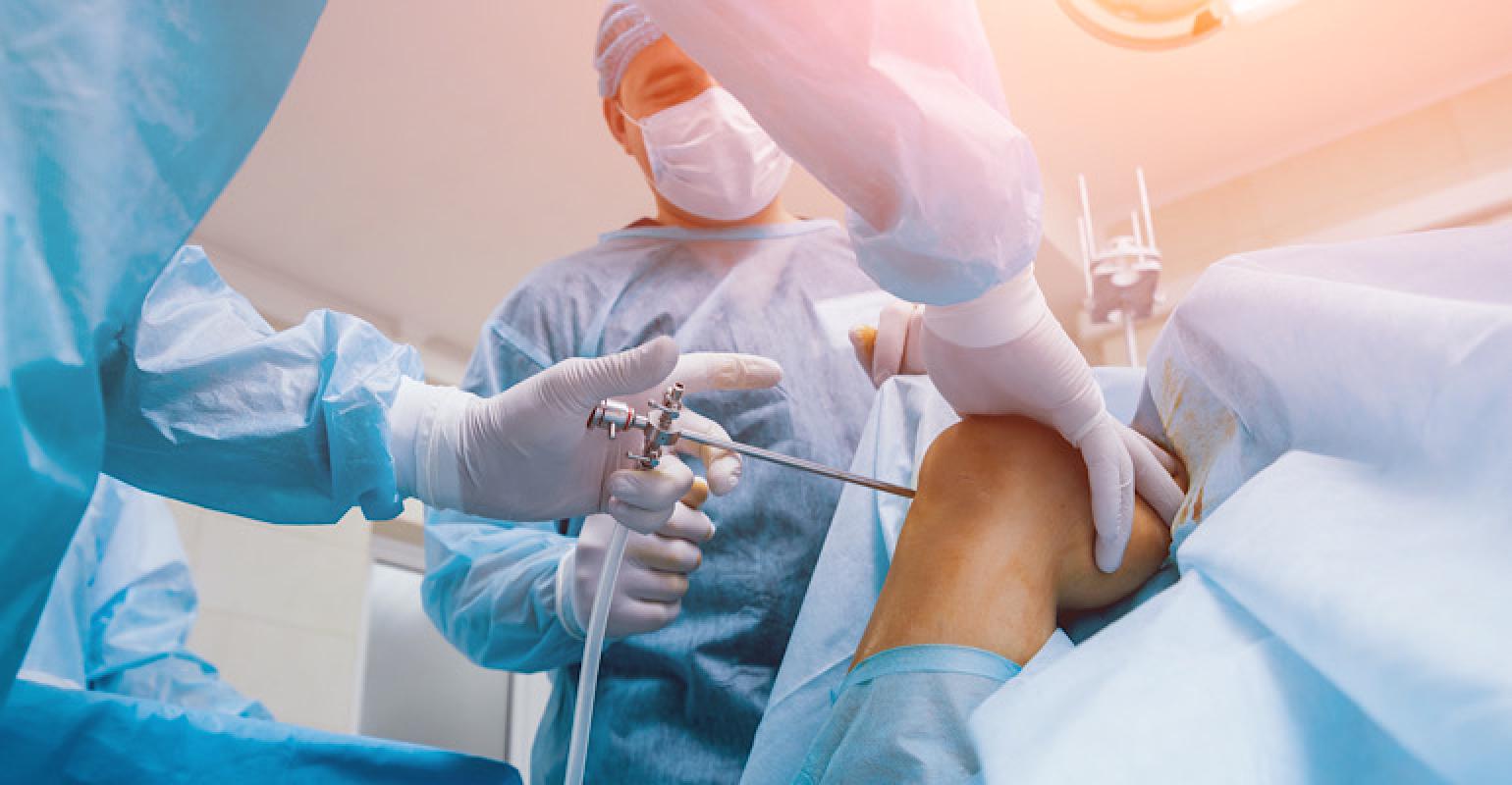 Industry stakeholders continue to pay close attention to procedure volumes — particularly orthopedic surgery — as COVID-19 continues to rage in many parts of the United States.

A recent MD+DI interview with a Renton, WA-based orthopedic surgeon and an industry executive provided some important insights regarding the challenges surgeons have faced since COVID-19, and the ways digital technology has helped to offset some of those challenges. Now, a survey from Canaccord Genuity's Kyle Rose provides additional insights regarding current orthopedic surgery volumes and sustainability concerns.

Rose compared the recent survey results to that of similar orthopedic surgery surveys the firm conducted in March, April, and May. The survey also comes on the heels of Texas Governor Greg Abbott signing an executive order in late June to pause elective surgery as the state became a hot spot for COVID-19 cases.

"In sum, while we saw a sharp bounce-back in volumes to end the Q2, this survey raises more questions around the sustainability of that rebound continuing month-over-month in the second half of the year, particularly around rising case volumes as well as catch-up demand vs. new patient flow," Rose said in his latest report on the issue.

According to Rose, 94% of the 50 orthopedic surgeons who responded to the firm's latest survey said they are seeing existing and new patients in-person, up from 86% in May, and just 28% and 26% in April and March. Similarly, 70% of respondents said they are performing elective orthopedic surgeries, up from 58%, 2%, and 0% in May, April, and March, respectively.

Nonetheless, the survey also suggests little improvement in the declines in year-over-year procedure volumes as responses indicated a 43% drop in June, which was only slightly better than Canaccord's previous surveys on the issue. The chart below illustrates year-over-year expectations for orthopedic surgery volumes in the fourth quarter. 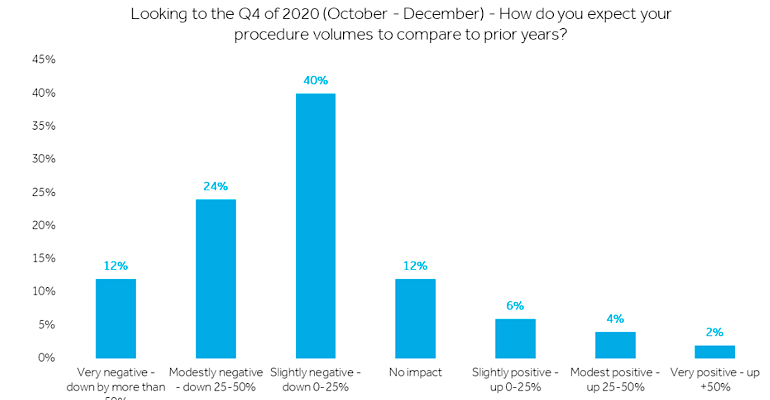 "The muted change in volume expectations despite the improvement in the percentage of physicians returning to clinic is potentially related to increased concerns about rising case volumes," Rose said. He added that 82% of respondents expect a second wave of COVID-19 cases to impact their practice in the second half of this year.

Also, the majority of respondents' existing orthopedic surgery cases are patients whose surgeries were previously deferred, rather than new patients, Rose said.