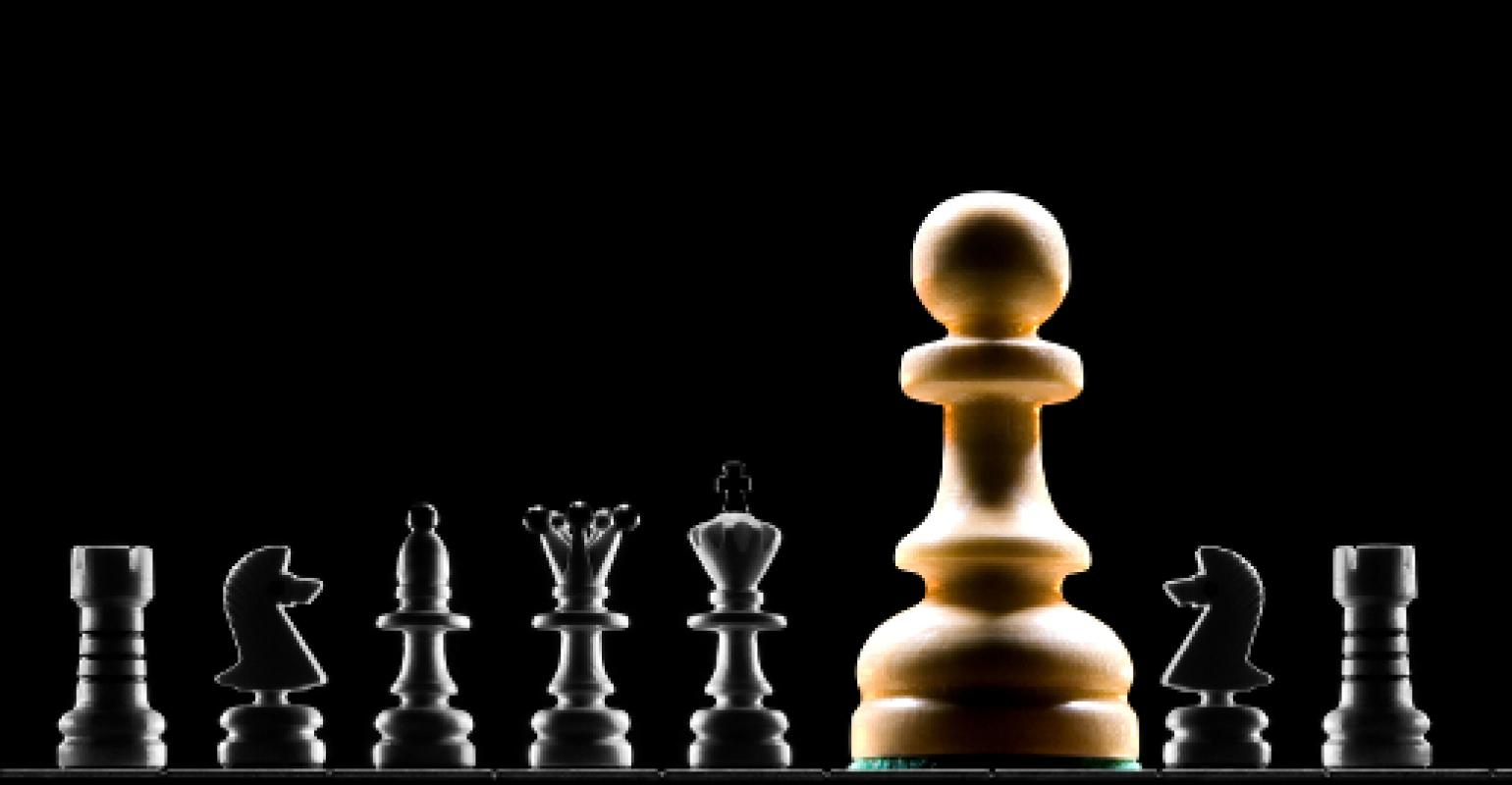 The Robots Have Arrived

For nearly two decades, Intuitive Surgical has reigned supreme in the surgical robotics market. Now that hegemony is being challenged by players big and small.

"We are ready," says Brian Miller, senior vice president of product development at Intuitive Surgical, which pioneered surgical robotics with the launch of its da Vinci system back in 1999.

Ready, that is, to face the onslaught of competition that will come from smaller players like TransEnterix, bigger entities like Medtronic, as well as upstart startups like Verb Surgical, a joint venture between Verily (formerly Google Life Sciences) and Johnson & Johnson. It's a new world for Intuitive, given that for more than 10 years the word "competition" has not meant much to the Sunnyvale, CA, firm that bought out its rival Computer Motion back in 2003.

But there are others that are aiming to shake up robot-assisted surgery as well. Titan Medical, based in Canada, is developing the Sport Surgical System, which will debut in the United States in mid 2017. Medtronic has revealed that it, too, has a robotics program, although details are scant. And late last year, Johnson & Johnson announced it is teaming up with Verily (formerly Google Life Sciences) to create Verb Surgical, a Mountain View, CA-based firm that wants to leverage the power of machine learning and advanced imaging in surgery.

Outside of the soft-tissue surgery market, where those companies will play, others like Stryker, based in Kalamazoo, MI, and the French firm Medtech are hoping to expand U.S. sales of their robotic systems in joint replacement and neurological surgery, respectively. Then there's UK-based Smith & Nephew. It recognized the growing importance of robotics in orthopedics and acquired Blue Belt Technologies and its Navio robot, which is not available in the United States, for $275 million last year.

And there are still others. Raynham, MA-based Medrobotics' Flex Robotic System provides robot-assisted visualization and surgical site access to the larynx in adults and allows the use of compatible flexible instruments through accessory channels it creates. Israel-based Mazor Robotics makes robotic guidance systems for spine surgery. This growing list of companies playing in the space is proof that robot-assisted surgery is here to stay.

Intuitive Surgical's Miller is not surprised that so many companies are dreaming up new applications.

"We look at competition really as just confirming that the robot-assisted surgery market will continue to grow," he affirmed in an interview at the company's headquarters. "It's something that we believe, and clearly that people who are entering and recognizing and realizing they can't stay on the sidelines now."

"Medtronic and [Johnson & Johnson] have begun their development efforts, and I think that's good because they are large companies and they see the value," said TransEnterix CEO Todd Pope. "We are just pleased that we saw it five years ago and have a nice head start."

How the entry of competitors into the market will affect Intuitive and change the market dynamics is yet to be seen. Analysts don't believe the company will immediately slash the price of its robots or come out with lower cost alternatives, but it's clear that more players is better than one.

"I can tell you that I think a lot of the hospital administrators, even the surgeons, really want other competition on the market, and probably even the FDA in terms of robotics," said Brandon Henry, an analyst with RBC Capital Markets.

TransEnterix's SurgiBot will be significantly cheaper than Intuitive Surgical's da Vinci system. The company will also introduce a second, slightly cheaper robotic system, ALF-X, in the United States in 2017. But more importantly, ALF-X's cost-per-procedure will be lower than that of the da Vinci Xi system, Intuitive's latest robot.

But savings from upfront system costs aside, it's the lower cost-per-procedure that might attract more hospitals to robotic surgery and lead them to buy TransEnterix's robots.

Lowering costs--whether through cost per procedure alone or in concert with system cost--can be an important differentiator when expanding the market.

"If you look at the market right now, robotics is only penetrated as much as 5-10% of surgical procedures, so there is a big opportunity for increased expansion for several players on the market," Henry, of RBC Capital Markets, said. "What TransEnterix wants to do is expand the robotics market to some of the small to mid-sized hospitals that can't afford the Intuitive system and into some of the surgery centers."

While a cheaper product might help TransEnterix to increase adoption, Pope said he believes technology differences are meaningful too. Take for instance, the haptic feedback he said is lacking from the da Vinci system but available on the ALF-X robot.

While competitors refine their product offerings, Intuitive has also been adding new capabilities to its robots. The Firefly imaging system, for example, enables surgeons to see beneath the tissue, Miller said. Patients being operated on are now placed on a special table that can be rotated and moved without undocking instruments from the robot, improving operating room efficiency, he added.

One surgeon who is an Intuitive cheerleader is particularly happy with the da Vinci system, even as he welcomes more competition.

"Intuitive has an amazing product on the market, but healthy competition will only improve our care for patients and be good for surgeons," said Jayram Krishnan, a surgeon with Las Vegas Urology and urologist with Cleveland Clinic. He noted that robotic surgery is good for patients because it leads to "faster healing" and less pain borne out of smaller incisions.

Yet, not everyone looks at Intuitive positively. Over the years, it has faced accusations of aggressive and inappropriate marketing practices, and the company has been hit with product liability and securities lawsuits. According to its 2015 annual report, Intuitive is a defendant in 92 individual product liability lawsuits filed by patients or patients' family members who were either injured or suffered death. The company is also a defendant in a Missouri lawsuit that represents 55 plaintiffs. To settle other lawsuits brought by patients' attorneys, Intuitive recorded pretax charges of $13.8 million and $82.4 million in 2014 and 2015, respectively.

Aside from battling legal claims, the company has also faced criticism from those who question the value of robotic surgery overall. In October 2014, the Wall Street Journal reported that researchers at Columbia University found robotic surgery led to higher costs and more complications when compared with laparoscopic surgery for removing ovaries and ovarian cysts.

For others, the value depends on the procedure. Henry, the RBC analyst, said he believes robotic surgery is too expensive for gall bladder removal surgeries even though da Vinci has seen great success in prostatectomy.

"Initially, we saw a decent uptake in gall bladder cases and now we [have] started to see decline, and I think what happened there was a lot of the hospital administrations pushed back on using a robot in such a simple procedure, a 30-minute gall bladder procedure," Henry said.

Another problem, he said, is the lack of hard evidence pointing to the value of surgical robotics when compared with regular minimally invasive surgery. "There's a ton of research out there, but there are really few randomized trials comparing robots to laparoscopy," he said.

"A fundamental issue for Intuitive in expanding its total addressable market is that surgery with the da Vinci robot, while better than open surgery, is not often clinically superior to laparoscopic surgery, a form of minimally invasive surgery," David Lewis, an analyst with Morgan Stanley, wrote in a March 14 research note.

But Lewis said he believes that even with new competition, Intuitive's investments--especially in advanced imaging, among other areas--will persuade surgeons to choose robotic surgery over laparoscopy.

"When it comes to tools and instrumentation, Intuitive still wins the day, even though some companies developing robots already have laparoscopic tools.

". . . [E]ven if [Verb Surgical] and Medtronic launch systems within the next two years, it may take years for each system to have comparable tools to where the Xi system is today," Lewis wrote.

Medtronic spokesman Fernando Vivanco declined to make an executive available for an interview, saying via email only that the company is ". . . well along the development path, but this is a long journey to commercialization."

Verb Surgical, on the other hand, is operating on a different paradigm. CEO Scott Huennekens said the company's main competitor is the status quo.

"So 95% of the market doesn't use [a robotics] solution, and the Intuitive system doesn't address that 95%," Huennekens said.

To change that, Verb is building a surgical platform that will leverage robots, advanced imaging, machine learning, big data, and advanced instrumentation so physicians can use it in both open and minimally invasive procedures. In other words, the goal is to "democratize surgery" and give physicians more choice.

"We call it digital surgery," Huennekens said. "You may want to use it in open cases where you have a deep region that you want to suture for which you want to use robotic arms rather than reach in there and do by hand."

It's not a stretch to say Verb is approaching the surgery market the same way Apple developed its iPhone ecosystem.

"What we are saying is that we want to have a broad, open platform with multiple apps," Huennekens said. "We are not doing this, but as an example, if someone has a set of pediatric instruments that would work, we'd be willing to grant them access under the right business relationship to our platform."

Verb is looking to develop its platform to target urology, gynecology, thoracic, and general surgery procedures.

Robotics competition is also heating up in orthopedics. Until recently, only one company, Omni, had a total knee implant approved on a robotic system. Late last year, FDA approved Stryker's total knee on its Mako robotic platform.

"I don't welcome new competitors to compete with me for the attention of the customer, but uniquely, in this case, I feel different about that," Randall said. "We have been waiting for some time for Stryker Mako to introduce their total knee because they are much larger than Omni is and by them entering the market, it validates the utilization of robotics to assist with total knee replacement."

It appears he has to wait a while longer.

In a March interview, Stryker CEO Kevin Lobo said he will delay Mako total knee's introduction till 2017--more than a year after it received FDA approval. The aim is to develop the clinical evidence and experience necessary to maximize chances for a successful commercial launch.

Taking it slow is probably wise. The system is rumored to cost $1 million upfront at a time when hospitals are scrutinizing costs closely. Starting this month, 67 metropolitan statistical areas fell under CMS's bundled payment initiative for joint replacement procedures, which provides a single amount for care 72 hours prior to through 90 days after a hip or knee replacement.

While surgeons have to wait for the total knee, Stryker's total hip product and partial knee are available on the robotic system.

This flurry of activity in the robotics market has global ramifications. One 2015 report put the global surgical market size at $3.2 billion in 2014 and predicted it will grow to $20 billion by 2021.

Despite the buzz and excitement, a salient point must be made:

Arundhati Parmar is senior editor at MD+DI. Reach her at arundhati.parmar@ubm.com  and on Twitter @aparmarbb

Correction: A previous version of the story incorrectly stated the Navio robotic system from Blue Belt Technologies is not available in the U.S. The robotic system is actually being used to perform partial knee replacements. The story has been updated also after TransEnterix failed to win clearance for its SurgiBot from FDA.