Women in the C-Suite: An Encouraging Trend or Diversity Mirage? 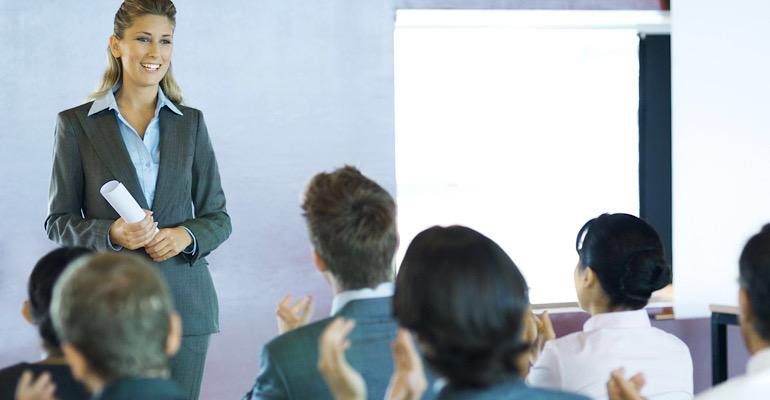 More women are taking over CEO positions in the U.S. But there could still be a lack of diversity given the overall turnover rate.

As more companies throughout the United States continue to experience change among their professionals in the c-suite, more women are establishing themselves in the highest of management positions.

According to the most recent Turnover Report published by Challenger, Gray & Christmas, a global outplacement and business and executive coaching firm, the percentage of women who are taking over the title of CEO continues to remain more than 26%, a number that is a significant increase from the 12% rate recorded in 2010.

This trend is also similar to the year-end total from 2021 and comes at a time when there’s much volatility with overall c-suite turnover among U.S. companies, including those within the medtech industry.

“The last year has seen a complete revamping of the labor market,” said Andrew Challenger, a job market expert and the senior vice president at Challenger, Gray & Christmas. “Many workers are choosing not to re-enter [their positions] for a multitude of reasons, chief among them being lifestyle changes and early retirements. Those who can [return] are in many cases deciding they want to pursue their own interests instead of a traditional job. That’s certainly a possibility as we see younger CEOs leaving their posts.”

As of Oct. 26, the average age of exiting CEOs in 2022 stood at 56-years-old, a decrease in age from 60 years old in 2021. With the exception of 2020, which brought about unprecedented circumstances due to the COVID-19 pandemic, this year could prove to produce the youngest batch of exiting CEOs since Challenger, Gray & Christmas began tracking ages in 2010.

But as more women assume these vacated posts, there is some cautious observation that the trend is not enough to label the c-suite as truly diversified.

“While that’s a vast improvement over the 12 percent in 2010 and a marked improvement over the 22% in 2019 and 2020, it’s still far below equitable with male counterparts,” said Colleen Madden Blumenfeld, vice president of public relations and research at Challenger, Gray & Christmas. “Certainly, corporate commitments to diversity, equity, inclusion, and belonging, and the impact of the MeToo movements, have moved the needle on feeding much-needed women talent into the c-suite pipeline, but if it stalls at around a quarter of new CEOs, it will be a disservice, not just to the women who deserve to lead companies, but to the companies themselves.”

CEO tenure has also fallen in 2022 to 9.96 years, on average, according to the report. The last time tenure was tracked to be this low was in 2014, when CEOs averaged 9.83 years of service.

There has also been a non-binary professional who replaced a male CEO in 2022, according to the report. It remains to be seen if women CEOs who replace male CEOs will top the 222 recorded in 2021.

The Tech C-Suite
Meanwhile, the technology sector could explain a lot about why younger CEOs are leaving after shorter tenures, as these leaders tend to be young and leave during a new phase of growth or funding round, Challenger said. The report also found that technology firms are experiencing the second-highest total of CEO exits this year with 108, which is down 12% from the 123 who left their posts through the same period last year.

The majority of CEOs stepped down from their roles this year (232). Another 229 retired, 70 found new opportunities, and 61 resigned.

Recently in the tech industry, Verily Life Sciences, San Francisco, CA, announced that company founder Andy Conrad has become the organization’s executive chairman of the board of directors and that president Stephen Gillett was promoted to CEO.