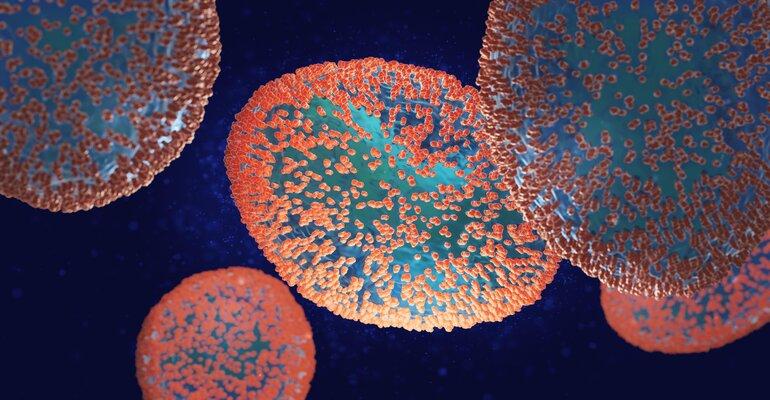 As the monkeypox virus continues its spread across the United States and world, some are denouncing the WHO prevention recommendations for men who have sex with men as dangerous and discriminatory.

Last week, the Biden administration declared the ongoing monkeypox outbreak spreading throughout the United States and the world as a national health emergency. This was a rare decision as the designation has only been used 5 times since 2001. The decision is also compounded with the country’s ongoing state of emergency over the COVID-19 pandemic.

Monkeypox, a virus first identified in humans in the 1970s located in the Democratic Republic of Congo and central and west Africa, is characterized as a viral zoonosis with symptoms similar to those seen in the past in smallpox patients, but clinically less severe.

Monkeypox symptoms include a rash that can initially look like painful and itchy pimples or blisters located on or near the genitals, anus, hands, feet, chest, face, or mouth. The rash goes through several stages, including scabbing before healing. Additional symptoms include fever, chills, swollen lymph nodes, exhaustion, muscle ache and back ache, headache, and respiratory symptoms.

Virus transmission from human to human can result from close contact with respiratory secretions, skin lesions, skin to skin contact during sex or through recently contaminated objects.

In response to the outbreak, the World Health Organization has recommended that specifically gay and bisexual men limit their number of sexual partners to help slow the transmission of the virus, citing reports showing that men who have sex with men are currently at the highest risk of infection. About 99% of cases are among men, according to the WHO’s monkeypox expert, Rosamund Lewis, and at least 95% of those patients are men who have sex with men.

Since the recommendation, some LGBTQ+ activists have come up against WHO for targeting a specific group for prevention, stating the stigma and discrimination of doing so. One such person lending their voice to the conversation is David Stein, CEO and co-founder of at-home diagnostics company, Ash Wellness, which specializes in STI testing and prevention for the queer community. Stein said in an interview with MD+DI that, in his personal and professional opinion, this type of guidance does not lead to action.

He explained that even during the COVID-19 pandemic when the population was told to stay separate, STI rates continued to skyrocket. Monkeypox, which is not an STI, seems to be trending the same, according to Stein.

“We saw during COVID-19 that even though there were lockdowns and people were told to remain in their bubbles, people were still having sex,” he said. “STI rates have risen, people stopped getting tested, and it's just a dangerous (position) to take when we're on the heels of another epidemic.”

In reference to the recommendation itself, Stein understands that from a purely public health perspective, its important to look at commonalities between cases and make recommendation based on statistics. However, he doesn’t agree with using sexuality targeted messaging to do so.

“My understanding is that the cases in these different centers are with men or people who identify as men who sleep with men,” he said. “From that perspective, I understand the commonality that they can find amongst the people presenting with these symptoms. However, it wouldn't be appropriate to single out any other type of group, and this happens all the time to the queer community. What other group is called out purely on their sexuality or who they sleep with, and then asked to do all this work to help prevent (a virus)? It's (asking people to) stop doing the things that make you human, stop having sex with each other so that it slows the spread.”

Additionally, Stein said that targeting the sexual relationships between same-sex partners insinuates to the public that the virus is an exclusively sexually transmitted infection, which is untrue.

“My understanding… is that this is not exclusively passed through sexual contact,” he said. “As a result, calling it something along the lines of a sexually transmitted infection or disease is not completely correct, in that it's not the only way it spreads. I also think as a result, it adds a ton of stigma to it. Separate sexuality from it, people don't want to go and talk about STIs with their partners, with their doctors, with their clinicians, with their friends, because it's a super stigmatized, shameful area. Attaching that label to it makes it very dangerous.”

Additionally, the shortage of monkeypox vaccines adds another hurtle to prevention.

The vaccine, called Jynneos, is approved as a two-dose regimen. However, many people wanting to receive the vaccine are struggling to access even a single dose. Federal officials have ordered nearly seven million doses of Jynneos, but the shots will not arrive for months. The Biden administration has shipped about 600,000 doses to states, with another 800,000 additional doses being allocated. However, distribution for the additional doses could take weeks. Faced with these shortages, some states are restricting second doses to stretch supplies, to which officials at the Food and Drug Administration and CDC do not agree with, noting that the vaccine is approved to be given in two doses spaced 28 days apart.

“If you’re going to ask a community to help fight the spread of a virus, then you have to give them the tools to do so,” Stein said. “It feels like we’re grasping at straws here and being singled out and its somewhat impossible to get access to those tools.”

“I think the biggest thing always is education,” he said. “Educating communities about what you can do to prevent it, who's getting it. Underlying all of that is access to vaccines for anybody who wants it. It doesn't matter if you're gay, straight, trans, (the vaccine) should be accessible… for the mass public. Remove the call outs based on sexuality groups and asking people to change their natural human behavior. Ultimately, this becomes even more accessible, right? Because you're not asking specific communities to identify, “hey, I'm gay. I also like to have sex frequently with multiple different partners and so now I'm a candidate for this vaccine.”