What the EU’s Proposed IVD Regulation Means for You 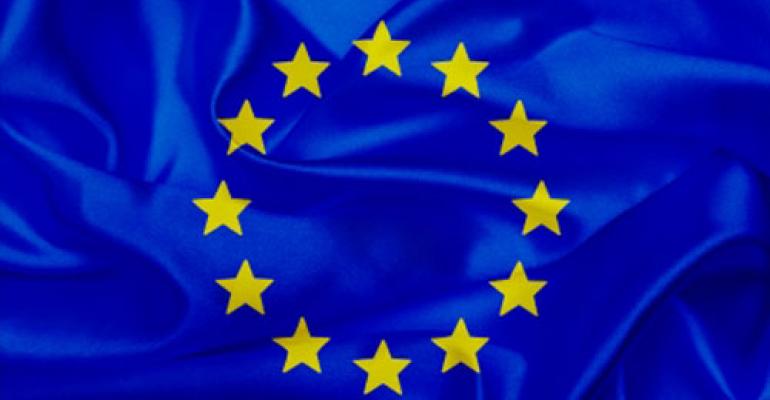 The proposed regulation promises change to IVD scope, classification and conformity assessment, and clinical evidence requirements. Here's what you need to know to ease the looming transition.

The proposed in vitro diagnostic (IVD) device regulation is substantially different from the current directive, and includes revised classification rules and evaluation requirements. And the sheer volume of the proposed amendments—a total of 194 pages, including 97 articles and 16 annexes—may initially appear overwhelming to many manufacturers, particularly in comparison to the current 43-page IVD Directive. So, where and how should IVD manufacturers direct their attention?

A number of significant changes are proposed in the new regulation. Among them are the now-compulsory requirement for unannounced surveillance audits by Notified Bodies; increased scrutiny through the introduction of an additional review by a Medical Device Coordination Group; the potential requirement for a “qualified person;” and strengthened requirements for identification and traceability.

The changes likely to have the greatest impact on IVD manufacturers, though, will be in terms of scope, classification and conformity assessment, and clinical evidence requirements.

Scope of Regulated IVD Products
The proposed regulation expands the scope of regulated IVD devices to include high-risk devices manufactured and used within a single health institution; tests providing information about the predisposition of a medical condition or disease, such as genetic tests; tests providing information to predict treatment response or reactions, such as companion diagnostics; and medical software.

Clinical Evidence and Postmarket Follow Up
Clinical evidence requirements for IVD devices will be proportional to the assigned risk class. Premarket applications for medium-to-high-risk (Class C) and high-risk (Class D) IVDs will require a summary of safety and clinical performance. In addition, manufacturers will be required to maintain postmarket data for continuous assessment of potential safety risks.

Although the proposed revision is not expected to undergo final publication until 2015 at the earliest, it will be introduced as a regulation rather than a directive. IVD manufacturers will have between three and five years to either transition or be rendered noncompliant.

How to Get Ahead of The Regulations (And Stay Ahead)
Although the good intentions of the Commission are undisputed and the majority of proposed changes are welcome—especially the introduction of the risk-based classification system, which takes into account the impact on the patient—the full impact of the proposed regulations on IVD manufacturers is not yet fully understood. However, a proactive strategy to understand and prepare for the changes will minimize transition times once the regulations are in effect. Here are a few tips to facilitate a smooth transition:

Plan ahead to transition current devices to new certificates. The new regulation will not only affect new devices, it will also impact those already on the market. As such, all current devices will need to be reevaluated and certified under the new regulations when the existing certificates expire. Increased costs should also be factored into business plans. These costs will be driven by increased Notified Body involvement and increased workload, the latter of which will primarily derive from the requirement for a summary safety and clinical performance report as well as the expectation that the clinical evidence will be kept updated throughout the product lifecycle.

Implement QMS updates. A quality management system (QMS) is used to demonstrate to the Notified Body a manufacturer’s ability to provide IVD devices that consistently meet both customer and regulatory requirements. The extent of the QMS assessment is governed by the conformity assessment route, which, in turn, is influenced by device classification. However, all IVD manufacturers will be expected to have an appropriate QMS in place. Harmonized standard EN ISO 13845 is the most common approach used by manufacturers to show compliance and is recommended to ease transition to the new regulation.

Understand the role of Notified Bodies and plan for increases in approval times. Experts estimate that nearly 80% of IVD devices sold in the EU could be subject to Notified Body approval under the proposed regulation, up from only 20% at present. As a result, there will be a significantly larger burden on Notified Bodies and approval times may consequently increase. Approval times for Class D devices may also be extended if review by the Medical Device Coordination Group (MDCG) is requested. Caution is therefore advised when planning for market readiness, especially during the initial transition period.

Regulatory changes will always stir the pot, regardless of the industry. But manufactures that stay current on the progression of the revisions and plan to act early will be in good shape to maintain business as usual while enjoying increased confidence in the quality and safety of their IVD products.

Karen Hill is a regulatory services project manager at Aptiv Solutions, an ICON plc company, and has more than ten years of experience in regulatory affairs, clinical studies, and research and development in the medical device and in vitro diagnostics (IVD) device industries. She has particular expertise in the regulatory requirements and preparation of design dossiers for CE-marking of EU Class III implantable devices. In addition, she has experience of IVD regulations in both the EU and United States. Karen is a member of The Organisation for Professionals in Regulatory Affairs (TOPRA), and holds a BSc (Hons) in Biochemistry and Pharmacology from University of Strathclyde, Glasgow.