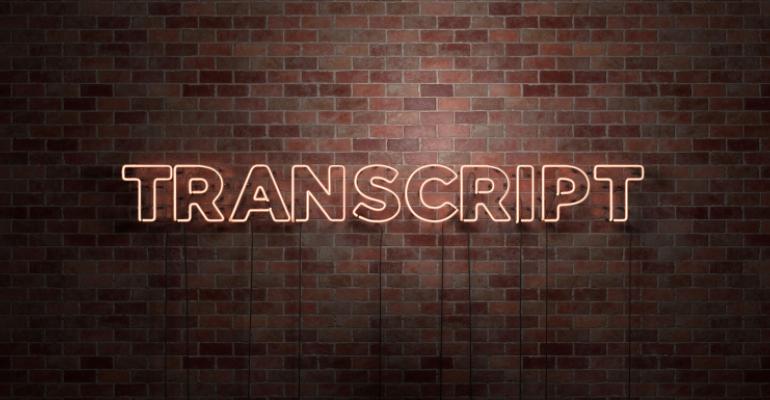 John Babitt is Life Science partner at EY. He joins Let's Talk Medtech to discuss the state of M&A in 2022.

The following is an excerpt of the first 1000 words from a discussion with John Babbitt on episode 31 of Let's Talk Medtech.

MDDI: John. I almost feel like this is a trilogy of podcasts that we're doing with EY. We had Jim on earlier to talk about the state of the industry. We had Derron on to talk about supply chain issues. Now we're discussing the M&A Firepower report.

John:  Yeah, we just released that at the JP Morgan, conference a couple of weeks ago. So happy to share some of the insights and perspectives coming out of that.

MDDI: Sure. Now this is going to sound like a basic question, but just for clarification, when we talk about the atmosphere of deals, we're defining deals as M&A in the report, correct?

John: Yeah, it includes a traditional M&A it also includes IPOs and SPACs as well and anything that's a public company and their ability to really fund and go out and do mergers and acquisitions.

MDDI: Awesome. Awesome. Awesome. Glad we have that clarification. How does Medtech fair when it comes to deploying capital for M&A and what is the report showing us.  And what are we seeing? Are companies being cautious or, are some going all in?

John: So, what we saw over the last year was, the total firepower increasing from about $500 billion to over $600 billion, which was yet another record fueled in large part by an increase in market capitalization, new companies, launching IPO's and the ability to still tap into credit markets. But we also saw was that the industry record a record level of M&A. So, a total deal value was about $111 billion through November. You know, well in excess of any other year and a record a year for, uh, overall deals in, in 21, both from an IPO and obviously from a, from a SPAC. And then more, more importantly, almost a leading indicator was the amount of venture capital that was deployed. So, I think when we looked at it, it was, um, you know, about $34 billion of fresh capital that went into the med tech sector in 2021. So overall a very robust environment. I think it demonstrates really the resiliency of the med-tech space, uh, you know, during the pandemic. And then also hopefully the opportunity. You know as we look to 2022 and the capital markets in their current state, obviously there's a lot of uncertainty that lurks out there as well.

MDDI: I think uncertainty is the word of the day, you know? It’s hard to predict anything now. The different variants that are coming out and the different disruptions that we're seeing in the supply chains are just very hard... We're seeing interesting earnings reports now, and it's just … it's just interesting to see how up and down they are, you know, good companies, strong companies dealing with some of these issues that have, I won't say thrown them off course, but just kind of presented some headwinds and challenges.”

John: Yeah. And I think in med tech there's a real dichotomy. I mean, you certainly have the diagnostic companies, that participate directly in, COVID testing and they're flush with what  we're calling COVID cash. And so, you saw companies like Thermo Fisher, you know, really deploy that and go out and acquire new tangential industries, like a CRO – the PPD acquisition. Abbott [is] reporting today, some pretty strong earnings. And so, and hospital systems in large part have gotten, uh, you know, better at dealing with, uh, COVID, you know, um, the. Experienced the Delta variant, uh, hospitals, you know, didn't differ, uh, procedures as much as they did when, you know, COVID broke out in March. And even with Omicron you know, hospitals are, are, are better prepared to deal with this. And so, we are still seeing some choppiness and some of the more deferrable procedures such as spine or joint replacement. So those companies have, have taken a little bit more of a hit, but overall it's been a pretty robust, environment. And as you look at the, the M&A environment, I think we've seen a real focus by the large guys to focus on bolt on acquisitions. And that was partly a driver for the, the large number of deals that we saw in 21, but we also saw several deals, you know, over a billion dollars. And I think that really suggests that, that there's an appetite for some of these larger deals to, happen and, and an appetite to really accelerate the growth curve kind of coming out of COVID as we think about the second half of 22 and hopefully, and 2023.

MDDI: Yeah, I want to talk about the billion-dollar deal for a second. You know, I started reporting in the industry back in 2007. And you did see billion-dollar deals in med tech, but they were mostly most of the billion-dollar deals that you saw in healthcare were on the pharma side. You saw them off very often, every once in a while, you saw it in med tech. I, I feel like over the last few years though, we've seen more billion dollar deals in the space, and we're seeing medtech really mature or grow at an incredible rate. And I want to talk a little bit about that. Do you think that there's still room for $1 billion deals in med tech and, and what is your take on just the size of the deals increasing over the years?

John: Yeah. So, I think one of the, you know, underlying fundamentals that, that we've seen as, you know, private equity has played a, I think an increasing role within med tech. It's a space that they really like, and they've been pretty successful in taking the divested businesses out of larger med techs and really reshaping them into, more attractive assets for other, parties to take over. So, I think it, and as you look at some of those billion-dollar deals, there was the GE healthcare deal that, that came from, Veritas. There were some other private equity deals as well. And that's really given a bolus of activity to kind of fund those companies - give them additional capital to target, M&A on their own, that that can really reshape those assets and make them much more valuable and appealing to larger medtech companies.