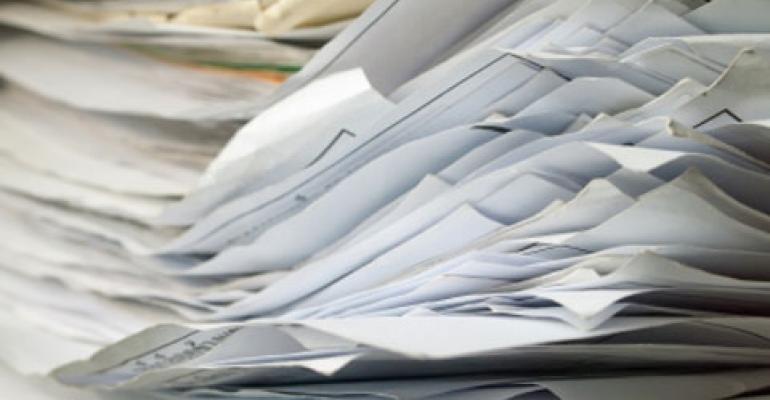 The Olympus duodenoscope at the center of recent CRE infections has not been FDA approved but it will remain on the market during review. Misinterpretation of when a 510(k) application is needed may be behind the headlines.

The superbug saga continues, with FDA saying this week that the duodenoscope model blamed for sickening patients and contributing to two deaths at a medical center in Los Angeles never received FDA approval. The agency released this information in an update Wednesday to its prior safety communication regarding these devices. It appears that the maker of the scopes initially did not believe FDA review was needed, while the agency took a different view later.

Endoscopic retrograde cholangiopancreatography (ERCP) duodenoscopes made by Olympus Corp. of the Americas were used at Ronald Reagan UCLA Medical Center in endoscopic procedures to diagnose and treat diseases of the liver, bile duct, and pancreas between October 3, 2014 and January 28, 2015. Last month, the health system notified 179 patients that they may have been exposed to the carbapenem-resistant enterobacteriaceae (CRE) during the procedures.

Also Wednesday, another Los Angeles-area hospital, Cedars-Sinai Medical Center, reported that they have identified four patients who caught CRE infections related to an ERCP procedure with the Olympus scope.

Now, FDA says that the Olympus TJF-Q180V duodenoscope does not currently have 510(k) clearance, but that physicians should not cancel ERCP procedures. Though Olympus initially determined back in 2010 the scope model did not need FDA review because it was a modified version of an already-cleared duodenoscope, the company filed a 510(k) submission with FDA after the agency requested it.

According to a statement from the company, “Olympus markets the TJF-Q180V duodenoscope in the U.S. based upon applicable 510(k) clearance guidelines. Olympus modified our 510(k)-cleared duodenoscope in 2010 and determined that the resulting TJF-Q180V did not require a new 510(k) application according to the FDA policy on modifications to 510(k)-cleared devices. The FDA subsequently requested a 510(k) notification with information regarding the modified device. Olympus submitted a 510(k) to the FDA, and the company continues to cooperate with the agency.”

In the updated safety communication, FDA said it “is not taking action against Olympus regarding its device during our review of the application, because, based on the information currently available to the Agency, we believe that that removal of the device from the market could lead to an insufficient number of available duodenoscopes to meet the clinical demand in the United States of approximately 500,000 procedures per year.”

Additionally, FDA notes that infections have been seen in patients who had procedures with other ERCP duodenoscopes, not just the Olympus model. Three manufacturers sell this type of scope in the United States: FUJIFILM, PENTAX Medical, and Olympus. CRE infection outbreaks related to ERCP duodenoscopes have been seen in hospitals around the country over the past few years, including Virginia Mason Medical Center in Seattle and Advocate Lutheran General Hospital in Illinois.

Because infections aren’t isolated to just Olympus scopes, FDA says it “has no evidence that the lack of a 510(k) clearance was associated with the infections.”

An Olympus spokesperson said in an e-mailed statement, “Olympus does not comment on active legal matters or speculation.”

Some may be surprised to learn that a medical device was used for years without FDA approval, but it’s not the first time in recent history this has happened. In March 2012, Bloomberg News reported that Johnson & Johnson had sold a vaginal mesh implant for three years, between March 2005 and May 2008, without FDA clearance. According to the Bloomberg report, the company thought it didn’t need to seek FDA approval because the vaginal mesh was similar to another approved mesh. The company filed a 510(k) application after being told by FDA that it was necessary, Bloomberg reported. The mesh was cleared by the FDA in May 2008, but later became the target of hundreds of injury lawsuits.

“It’s actually probably more common than you would think that industry and FDA disagree on whether a new 510(k) is needed or not,” says Brad Thompson, a member of Epstein Becker & Green in the healthcare and life sciences practice and a member of MD+DI’s editorial advisory board.

FDA did not respond immediately to a request for comment.

According to FDA regulations, a new 510(k) submission is needed for modifications that“could significantly affect the safety or effectiveness” or are a “major change or modification in intended use.” The onus is on a company to decide if a 510(k) submission is needed, but supporters argue this is necessary because of the sheer number of device modifications each year. Companies use FDA guidance published back in 1997 to decide whether to file a 510(k) application.

“The problem is, over the years, there’s been a fairly significant shift in the way FDA wants to draw that line,” Thompson says, referring to the line determining when a modification necessitates a 510(k) submission.

FDA has tried to update its thinking on the matter. After a controversial 2011 draft guidance was nixed by the passage of the Food and Drug Administration Safety and Innovation Act in 2012, FDA held a public meeting in June 2013 to gather input on the issue. At that meeting, industry argued to keep the 1997 guidance, while others believed FDA, not companies, should determine when a 510(k) application is needed.

The meeting was followed by a January 2014 report to Congress, but new guidance has not yet been published.

So, Thompson says, not only is the test to determine whether a new 510(k) application is needed more subjective than many realize, but FDA and industry are also on different pages during this transition period.