Pushing Pills Out of the Picture 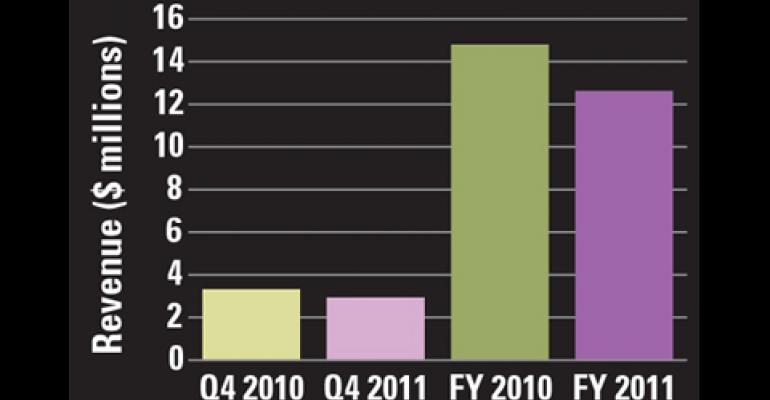 Achieving a 20th anniversary is no small feat for any company. For Urologix Inc. especially, reaching that milestone was particularly hard-won.

Achieving a 20th anniversary is no small feat for any company. For Urologix Inc. (Minneapolis) especially, reaching that milestone was particularly hard-won. The company focuses on a core platform called cooled thermotherapy (CTT), which is used to treat benign prostatic hyperplasia (BPH). The condition affects more than 23 million men worldwide (including 9 million men in the United States).

It involves the enlargement of the prostate, which constricts the urethra and can lead to a host of problems, including acute urinary retention, infections, and bladder stones. BPH mainly occurs in men over 50. As the aging population grows, so does the market potential for Urologix.

Competition in this segment is fierce, but Urologix stands behind its product despite the hurdles it has recently encountered (see Tables I–III). “In the past year, Urologix was able to take advantage of market opportunities but was again faced with significant challenges, which represented, in some instances, a continuation of endemic problems now in their second year of impact on patient(s), urologist(s), and Urologix,” CEO Stryker Warren Jr. stated in the company’s 2010 annual report. “Senior leadership is neither pleased nor satisfied with the financial results despite the continued progress as we have attempted to build upon the restorative efforts of the past two years.”

CTT technology uses a focused, microwave energy (a cooling element prevents damage to healthy tissue) to thermally ablate hyperplastic prostatic tissue. Using a targeted technology helps treat the area in a controlled pattern, while conforming to the prostate’s natural state. CTT is minimally invasive and can be performed without general anesthesia in an office or outpatient center.

Urologix’s main sales and marketing focus is to position its CTT platform as an improvement over drugs—it just started a national marketing initiative centered around the slogan, “Think outside the pillbox!” However, one drawback to the strategy is that drug companies often have stronger advertising budgets than device companies like Urologix. Regardless, the company is moving ahead with optimism. In September, it announced a 10-year exclusive licensing agreement with Medtronic. Under the terms of the deal, Medtronic’s Prostiva RF Therapy, a transurethral needle ablation device, will join forces with CTT for use in the urologist office. The strategic move puts Urologix in a leading position for in-office BPH therapy and has further boosted the company’s confidence. It expects combined revenues in FY 2012 to range from $18 million to $20 million.

“Partnering with urologists to introduce ... patients to Urologix’s CTT as a safe, effective, and durable nonsurgical treatment alternative to prescription drugs remains a key focus for our sales teams.” —Stryker Warren Jr., CEO