HomeNewsPublic Begins to Ask: Revise FDA or Do Away with It?
Recent
Transcript of Let's Talk Medtech with John Babitt
Jan 27, 2022
Will 2022 Be Medtech's Biggest Year for M&A?
Jan 27, 2022
Testing Is Key to Turning an Innovative Idea into a Successful Commercial Medical Device
Jan 26, 2022
Is Abbott Looking for M&A Opportunities?
Jan 26, 2022

Public Begins to Ask: Revise FDA or Do Away with It?

Just how much public antipathy FDA has drawn to itself bubbled to the surface this summer as a much-despised Congress moved with surprising speed to reauthorize agency user fees and tack on a lot of other stuff to that legislation as it did so.

An example of dysfunction at FDA can be found in FDA's handling of the approval of the Edwards Sapien Transcatheter Aortic Heart Valve. The endoscopically implanted device, which provides severely compromised patients with an alternative to open-heart surgery, was mentioned in Wall Street Journal FDA-critical op-ed piece coauthored by former commissioner Andrew von Eschenbach. On the same day that article was published, the agency issued a five-page brief summary of an advisory panel meeting regarding the device that seemed to, in effect, largely support von Eschenbach's criticisms. 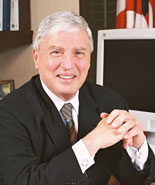 FDA’s summary soberly recorded that most of its CDRH reviewers’ safety- and clinical study-related concerns about the device, expressed in a 52-page briefing document, were effectively brushed aside by the Circulatory System Devices Panel at its June 13 meeting. By 10–2, 11–0 (with one abstention), and 12–0 margins, members repeatedly said Sapien was safe and effective for Edwards’ proposed indication and that its benefits outweighed all the risks FDA reviewers had pointed out.

In Republicans' von Eschenbach’s view, this innovative device could and should have been saving lives in the U.S. five years ago, when it was admitted to the European market and he strongly implied that it would have been here too, were it not for FDA and its “decades-old regulatory process that is outmoded and needlessly long.”

In posted comments, his readers overwhelmingly agreed with von Eschenbach, a substantial number even going much further, whose comments included: "Scrap FDA!" "Graveyards are littered with people the FDA 'saved.' This seems to be a strengthening sentiment among FDA-watchers in the conservative media.

More than a few seemed to agree that the United States could reasonably rely on European CE determinations of a product’s fitness to enter the market. One commenter challenged the blogosphere to come up with even one example of FDA preventing a health problem. Nobody did.

Although his writings provoked such sentiments, von Eschenbach himself did not go nearly so far. Rather, he proposed only what he termed the “modernization” of the FDA the premarket approval process - “for instance, it could grant health-care professionals faster access to many medical devices with proven benefits and acceptable safety profiles, and then monitor the performance of those devices once they are in use.” He wished existing alternatives to the clinical trials process could be adopted instead. In a recent talk at a BayBio event, von Eschenbach expressed a similar sentiment, suggesting that the agency work with an external advisory board and that it enhance its infrastructure for regulatory science.

Although the medical device industry’s trade associations in Washington have been carefully walking a tightrope between constituents who share the kind of anti-FDA views recorded by the Wall Street Journal and constituents who don’t, there seems enough momentum against the agency in other areas to clip its wings whoever wins in November.
Even CDRH director Jeffrey Shuren who, like his recent predecessors, works strenuously to meet and accommodate industry critics seems to see the writing on the wall and has been tireless in diverse industry locales to demonstrate that he “get it.”

On June 11, according to the Memphis Daily News, he told a joint session of Life Science Tennessee and Memphis Bioworks Business Association the Center is working to create “culture change towards greater transparency, interaction, and collaboration” and to “ensure that our recommendations are consistent and predictable.”

The trouble is—and this helps explain the growing hostility out there—he and his predecessors (as well as other FDA luminaries, including von Eschenbach when he held the reins) have been saying things like this for decades. And, to give them their due, workers inside CDRH do acknowledge effective changes internally.

Transparency has improved in certain easy-to-do areas like posting things on FDA’s chronically balky Web site and improving the functionality of Federal Register notices, even though little has substantively changed in tough-to-do areas like faster product reviews, dispute resolution and dealing with whistleblowers.

Out there beyond the Beltway, to many it’s still the same old, maddeningly slow FDA that, as von Eschenbach and others keep pointing out, drives more and more companies to launch products overseas first.