Precision Medicine Initiative Could Be a Boon for Diagnostics Players 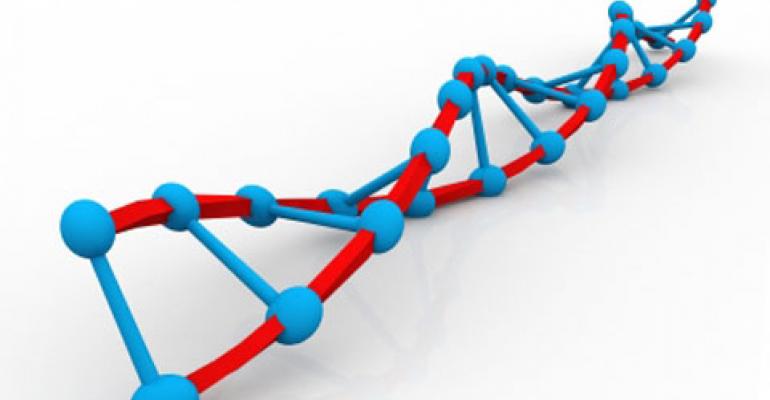 The $215-million initiative included in the president’s 2016 budget proposal would provide funding for research and regulation associated with precision medicine technologies. But does it go far enough?

Tacked on to the president’s 2016 budget proposal, the initiative includes funding for data sharing, research on genetic causes of cancer, regulation of precision medicine, and development of interoperability standards. Healthcare market research publisher Kalorama Information predicts the $215 million dollars it would set aside for those purposes “could provide a boost to the tissue diagnostics and cell-based diagnostics industry.”

The Tucson, AZ, company is working with several pharmaceutical companies to develop companion diagnostics. Walk hopes having FDA or the National Cancer Institute involved on a precompetitive basis will help companies align on which companion diagnostic will be the standard before a clinical trial begins.

Thermo Fisher Scientific, based in Waltham, MA, is already doing what the government is proposing, looking at hundreds of alternations in genes from a tiny DNA sample, says Mike Nolan, the company’s vice president and general manager of oncology. Next-generation sequencing could make it easier for pharmaceutical companies to find clinical trial participants who have genetic mutations that might respond to their drugs, he says.

The precision medicine initiative will enable Trovagene Inc. and other companies to decipher what used to be known as “junk DNA,” adds Keith McCormick, vice president of sales for the San Diego company. Trovagene makes blood tests and urine tests to detect cancer-causing genetic mutations.

None of these executives wanted to badmouth the initiative, but some say they wish it would provide more money or a focus on diseases beyond cancer.

“It’s a critical piece of the puzzle, but not the whole puzzle,” says Gavin MacBeath, cofounder of Merrimack Pharmaceuticals.

“Precision medicine is a very large, broad term, and the way it’s being written up on the government’s Web site is focusing on one of the aspects of precision medicine, possibly to the neglect of these other aspects,” he adds. “It’s just hard to roll out a big initiative to understand the physical structure of everyone’s tumors. I think it’s natural for the initiative to be written this way.”

Still, it remains to be seen how Congressional Republicans will respond to the proposal. But in the end, one’s political leanings or business interests should not matter, says Nolan, who adds that he believes the initiative is a positive for the diagnostics industry and for cancer research in general.

“Our number one competitor isn’t some other company—it’s cancer,” he says. “If more can access the technology and make sense of the information it provides, then we’re doing really well against our chief competitor.”

Correction: An earlier version of this article incorrectly stated that Thermo Fisher Scientific is headquartered in Carlsbad, CA. The company is based in Waltham, MA.