Portable Diagnostic System Picks Up the Pace of PCR 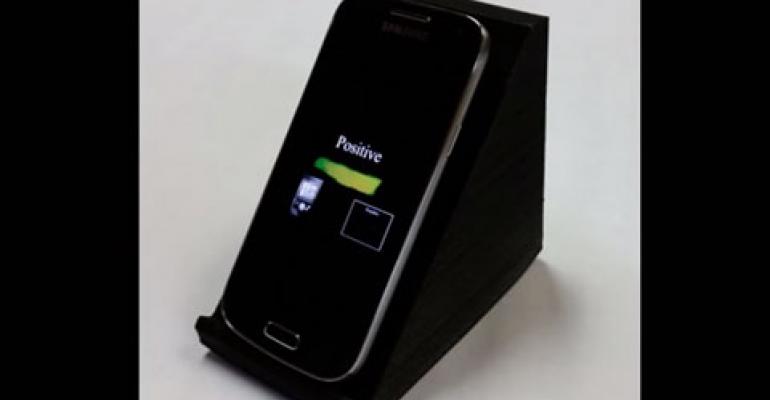 Fluoresentric’s Xtreme Chain Reaction can provide the benefits of PCR in a fraction of the time.

“If you go to a doctor, a molecular test can’t be performed in his office,” explains Bill Olson, CEO of Fluoresentric Inc. “He takes your sample, puts it in a tube, sends it to a laboratory, and estimates the medical decision. He doesn’t have confirmation of the test.”

It can take hours to run a PCR. Add to that shipping and processing time, and you’re looking at waiting days for results.

Fluoresentric wants to change that. The Park City, UT-based company has developed Xtreme Chain Reaction, a broad-based DNA/RNA amplification technology that, used in conjunction with a handheld device driven by a smartphone, can provide nucleic acid amplification at the point of care in as little as five minutes. Like PCR, XCR is a chain reaction chemistry, but unlike PCR, it eliminates primer-dimer, a byproduct that can interfere with accurate quantification.

PCR has a complicated engineering and temperature profile that must be precisely managed, explains Brian Caplin, Fluoresentric’s chief science officer. “Standard chemistry for PCR is between 20 and 30 millionths of one liter. Their sensitivity, specificity, and FDA approval are tied to that volume. The more sample you add into a reaction, the more sensitive your test can be for the disease you’re trying to detect.”

Although handheld devices for performing PCR exist, they run smaller sample volumes and have lower sensitivity than tests run in clinical pathology labs.

“That limits its capabilities to give the diagnostic results one is looking for from [a portable diagnostic system],” Caplin says. “Fluoresentric’s Xtreme Chain Reaction does five-to-10-minute amplification in the same volumes done in reference pathology labs.”

“Testing would have immediate impact for the patient and, most likely, result in proper use of antibiotics and therapeutics,” he says.

It could also result in better use of antivirals, Caplin says, citing the flu treatment and prevention drug Tamiflu as an example.

“Tamiflu is effective if taken in the first 48 hours of infection. If a rapid antibody test is run and sent off, by the time the results get back, 48 hours have passed and the Tamiflu is ineffective,” he says.

But despite the benefits offered by portable diagnostic systems such as XCR, Olson says clinical labs will still have a role to play. “With the mapping of the human genome and next-generation sequencing and genetic side of healthcare, I don’t think the labs will go away,” he says. “They’ll just have to reinvent themselves to be a significant player in the management of infectious disease.”

Fluoresentric currently sells XCR assays for low-regulated markets including medical marijuana, animal science, and food safety and plans to submit the handheld XCR Dx device for FDA approval in the fourth quarter of this year.

Sherree Geyer is a freelance contributor to MD+DI. Reach her at [email protected]