A Perspective on Invention, Innovation, and Regulation of Medical Devices 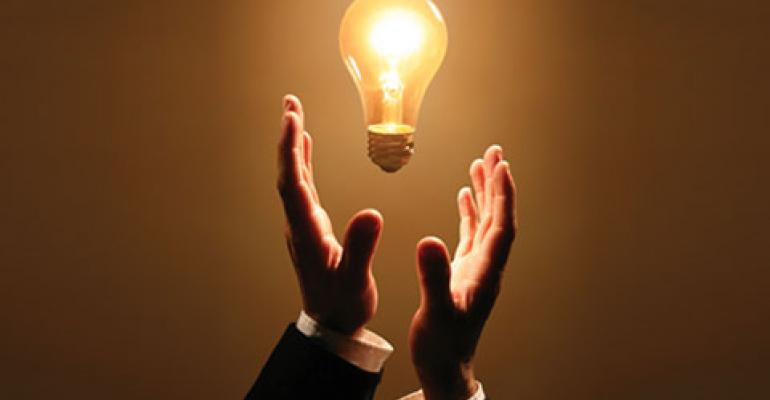 There has been a great deal of discussion lately about regulation stifling innovation in the medical device sector. Much of it strikes me as misguided or a discussion of something unrelated. Instead, it is my opinion that efforts to avoid regulation are an important contributor to stifling innovation of safe and effective medical devices. Let’s begin by defining our terms:

Yes, regulation can impact invention. If there is little or no opportunity to benefit from your intellectual property, then it is likely that you will focus your energies elsewhere. Regulation can also impact innovation; in fact, that is exactly FDA’s congressionally-mandated mission. Congress established that FDA regulates manufacturers—not inventors, practitioners, or consumers. Practitioners are regulated by each individual state. Congress charged FDA with protecting the health of consumers.

FDA regulation, like everything else in life, has its preferred attributes and disliked attributes. For example, from the manufacturer’s point of view, FDA regulation’s preferred attributes include shielding from civil liability when a product is approved (but not if it is administratively cleared via 510(k)), protecting proprietary design and manufacturing information, and dramatically reducing competition; not just any firm can jump into the medical device sector. On the other hand, it demands modern engineering practices (including design controls and risk management for hardware, software, and human factors), it demands accountability (such as complaint handling and medical device reporting), and it is believed to be slow to complete clearances and approvals. From the consumer’s point of view, FDA regulation’s preferred attributes include requiring best practices and accountability from manufacturers and its disliked attributes include shielding manufacturers from civil liability, not divulging critical proprietary information related to design and manufacturing flaws, limiting the possible number of manufacturers available to innovate (due to the high barrier imposed by regulation), not vigorously enforcing accountability, and being too quick to complete clearances (in other words, without clinical trials). Yes, that’s right: what one side likes, the other side dislikes.

From the regulator’s perspective, it is constrained by federal law and historically promulgated regulations, it is constrained by congressionally-mandated budgets, and it can be whipsawed by the push and pull of manufacturers, practitioners, consumers, and their political allies. Yes, of course, it is a bureaucracy: just like every other unit of federal, state, and local government and most units of large corporations. The Institute of Medicine’s (IOM) recent recommendation essentially to dismantle the 510(k) premarket notification system, a central FDA/CDRH program, was certainly scientifically and technically correct, based upon the specific questions they were asked (Is the 510(k) process optimal and, if not, what should be done?); but from a managerial, commercial, and consumer perspective, it was totally untenable. We already knew it was not optimal; suggesting it be replaced, rather than offering how to transform it, seems to me to be counterproductive. Bureaucracies just aren’t that agile and likely never will be.

I have had the opportunity to work both inside and outside the FDA. My impression from inside the agency is that the vast majority is well-educated, well-meaning, and operates within their regulatory and legal constraints as interpreted by their management. For the last 15 years, I have worked with a wide range of medical device manufacturers: from new startups to global multinationals (most of who are just aggregates of small and medium size firms, which were once new startups). As John Dew recently pointed out in an article on transforming organizations to improve quality, they may be characterized as “tribal cultures”, with compartmentalized units across which knowledge isn’t shared, power is hoarded, and formal rules (the ones the FDA inspectors audit) aren’t enforced. This is nothing new; Deming, Juran, and other management luminaries have long bemoaned it. The onset, over the past more than two decades, of mechatronics in medical devices illustrates the problem with such regressive management and communication structures. Interdisciplinary development of medical devices in internal silos, without clear understanding and communication of the inherent risks and critical interactions associated with hardware and software systems, and human factors, is creating quality problems of increasing complexity. But we all have heard that “ignorance is bliss” and there is usually a good chance nothing bad will happen—until consumers are injured and the plaintiff’s bar comes to visit.

A more recent example is health information technology (HIT). Here we have more or less standard hardware with highly complicated software and historically little attention to human factors engineering and usability issues. In an era when virtually all owners of HIT were contractually prohibited from publishing adverse reports and only now are we beginning to see a burgeoning repository of adverse event reports directly resultant from HIT implementations, the IOM’s recommendation that HIT avoid FDA regulation defies logic. As correctly stated by Richard Cook, these are Class III medical devices no matter how hard vendors try to shift the burden onto user organizations by requiring them to “customize” each system (and the IOM should be reassured they will not be subject to the 510(k) process). Expediting their deployment with federal incentives in the hope of improving national healthcare delivery efficiency, but without adequate assurance of their safety and effectiveness, runs the risk of more than doubling the IOM’s prior estimate of avoidable medical errors. HIT needs to be properly regulated and subject to design controls, risk management, complaint handling, and medical device reporting; it can still be profitable, while being safe and effective. Whether or not HIT will always improve efficiency in healthcare delivery is not yet known; information technologies in other industrial sectors have had mixed results.

It is my opinion that the argument “the FDA is too slow” is almost always without merit. I have seen PMA, IDE, and 510(k) submissions from the inside and from the outside (both from clients and during discovery as an expert witness). The ones that did (or should have) encountered problems actually had defects in the submissions: ignorance or misunderstanding of FDA regulations, consensus standards, and guidance documents; missing or defective elements such as risk analyses, software documentation, human factors testing, no clue what engineering verification or engineering validation really mean, or defective biostatistical test designs and analyses; and, in a small number of cases, misrepresenting the facts, not withstanding a declaration that the submission was truthful, accurate, and complete.

This is not intended to be a pitch for regulatory consultants, but a lot of these problems (excluding those misrepresenting facts) would not have arisen with competent advice—given at the beginning of the product development process and then actually followed. I subcontract to a fair number of regulatory consulting firms; I know these folks and I know that there is no dearth of competent advice available to anyone who is willing to listen. In my experience, firms rarely experience delays, if they are not just looking to “git ‘er done” and are careful to meet all the submission requirements. I also think that the regulator still has room to improve communication and outreach, but not just with postings on the Web, social media, or an occasional visit. It is humans who are developing and manufacturing medical devices and it is humans who are regulating medical devices. A continual, reliable way for these people to better appreciate the other’s expectations and point of view is essential, so that safe and effective medical devices can be efficiently commercialized. It is not only industry that needs to inculcate human factors principles and practices.

I have a similar opinion regarding the other argument that “the FDA is too quick.” If you don’t like the rules under which industry and the regulator must operate, change the rules rather than trying to change just a small part of the process. But make sure you focus beyond just the short term and don’t tip the balance too far in one or the other direction; you will get unanticipated and undesirable consequences. Federal regulation is for the small number of bad actors; unfortunately, since there is no way to know a priori who that is at any point in time, everyone has to be subject to regulation. Instead of fighting it or dodging it, if firms followed best practices, I suspect we would have fewer problems, greater product safety and effectiveness, and greater profitability— but, someone always thinks they are special and can take the shortcut! I believe it is that behavior which contributes to stifling medical device innovation (and often leads to defective or dangerous medical devices). Well-engineered products whose submissions are technically complete and correct, logically presented, and meet all the stated regulatory requirements, relevant international consensus standards, and guidance documents are rarely delayed by the regulatory process.

Manufacturers that are primarily interested in innovating high-quality medical devices to promote excellence in patient care should ensure that no one in their organization is permitted to take shortcuts; following this advice will maximize their profitability in the long term and expand job opportunities as the medical device industry grows. Product quality (top level attributes: safety, effectiveness, efficiency, and user satisfaction) is the result of careful engineering and attention to details. Time to market may be expedited by taking shortcuts, but this often undermines quality and, ultimately, profitability; engineers know this and impatient managers need to learn this.

Disclosure:  Even with the background described above, he still succumbed to editor Brian Buntz’s request for an article on the controversial subject of medical device innovation. The opinions given here are solely those of the author and are subject to change as a result of new data.