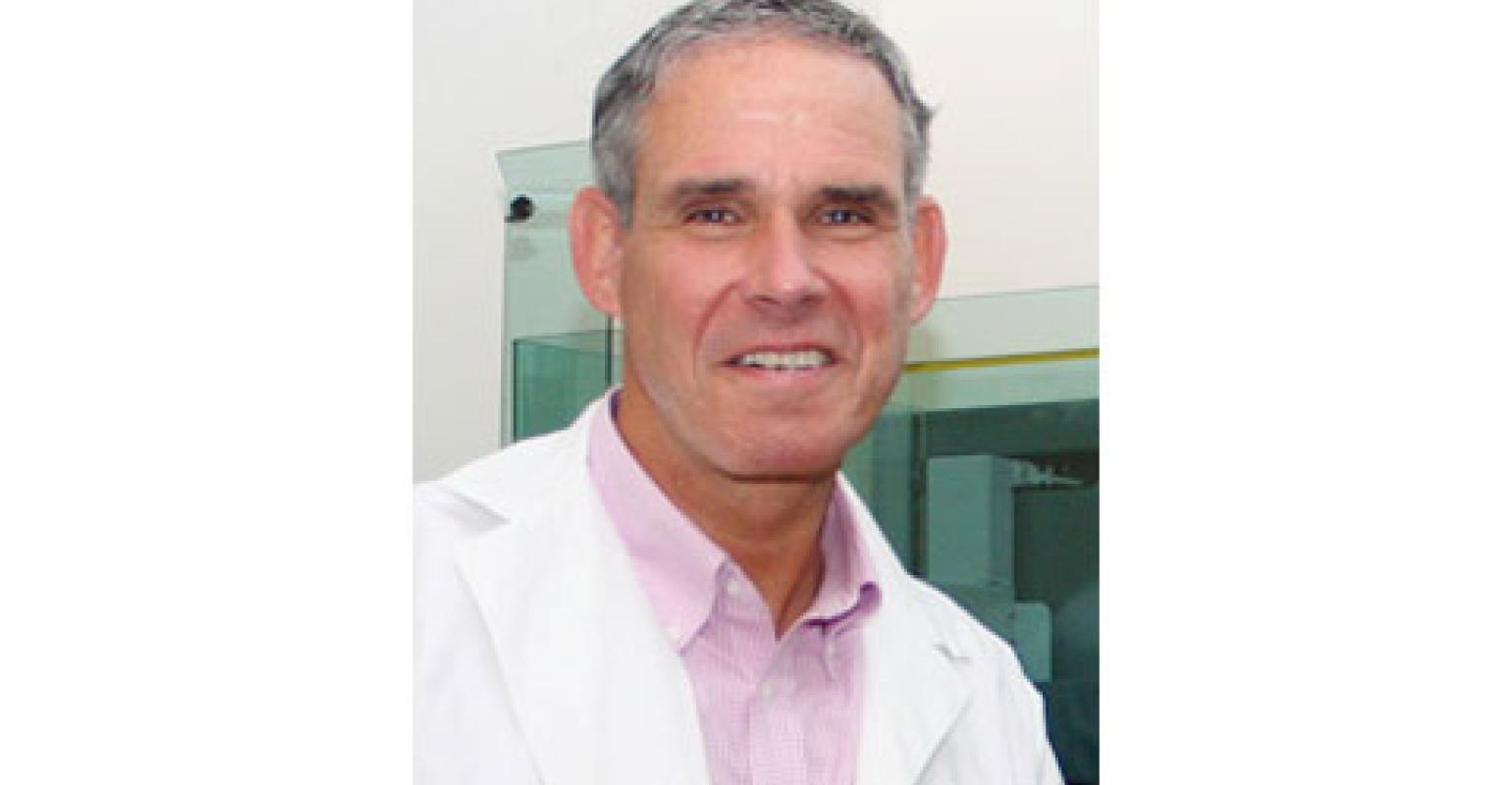 Cardiologist Eric Topol, MD was recently honored as the most influential physician executive in the United States by Modern Healthcare magazine. Included in the list of the top 50 physicians leaders were National Institutes of Health director Francis Collins and FDA commissioner Margaret Hamburg.

Cardiologist Eric Topol, MD was recently honored as the most influential physician executive in the United States by Modern Healthcare magazine. Included in the list of the top 50 physicians leaders were National Institutes of Health director Francis Collins and FDA commissioner Margaret Hamburg.

A big factor in Topol’s rise to the top of the list is his acclaimed book, “The Creative Destruction of Medicine: How the Digital Revolution Will Create Better Health Care.” In writing that work, Topol, who is the chief academic officer of Scripps Health in San Diego, has helped kickstart a healthcare revolution. As the title indicates, the book argues that the field of medicine must undergo “a positive shake-up,” as he recently explained in an interview with MD+DI.

Many people seem to agree with the overall themes in the book. It has received glowing reviews in publications such as the New York Times, Forbes, The Atlantic, The Economist, and Wall Street Journal. The CEO of Medtronic Omar Ishrak is also a fan. As is distinguished Harvard professor and economist Clayton Christensen. Qualcomm Life vice president Don Jones has hailed the book as a textbook for digital healthcare for the next five years.

The Promise of Personalized Medicine

One of the themes that Topol puts forth in the book is that healthcare must move away from the one-size-fits-all approach towards a model that truly considers the needs of patients as individuals. The main driver of this transition to personalized medicine is the digitization of humans.That is being made possible through advances in genomics, wireless-sensing and imaging technology, as well as health information systems.

Another important part of the puzzle is that patients themselves must step up to help drive this transformation by pushing for game-changing medical technology and becoming more invested in their own healthcare. As that happens, they can begin to partner with their physicians instead of just following doctors' orders.

In the interview that follows, Topol shares his thoughts on the roles of everything from Twitter to IBM’s Watson in catalyzing the creative destruction of medicine as we now know it.

MD+DI: What does it mean to you to have been named the most “influential” physician executive?

Eric Topol, MD: It was a big shock. I think [the fact that I was chosen] is a reflection that I have a lot of great people I get to work with every day at Scripps and in San Diego. We have a lot of collaborators in academics and the life science industry here. That is what gave me the perspective to write the book. And it seems like the book was one of the major reasons why I was selected. The book intended to introduce some new thinking and hopefully catalyze a real, positive shake-up of medicine.

I have never worked so hard in anything in my career as the book, and I really felt that it was a unique opportunity to try to crystallize some perspectives and thoughts about how we can really radically change healthcare, hence “The Creative Destruction” term popularized by [Austrian economist Joseph] Schumpeter. This will be a radical change that ushers in a precise new kind of medicine. I really thought the analogy to Schumpeter with the old and new economy one hundred years ago was apropos to the old and new medicine of today. And the hope is we will let it happen as a medical community; it is usually the case that we [as physicians] are resistant to change.

MD+DI: Is the book having the effect that you initially hoped it would when you first sat down to write it?

Topol: I think it has greatly exceeded that! [laughter]. I have never done a book for the public and this was a whole new experience for me. I’ve learned a lot. But when you do something like this, you put your work and your thoughts out to the peer review of the whole-world readership. So you get people sending you notes and putting comments on Amazon and all sorts of stuff. It is not like peer review where you are publishing a medical article. The book was really designed and directed for the public—for the consumers. It has been gratifying to get such a positive response.

MD+DI: What are your thoughts on the physicians’ reaction to the book?

Topol: It has been far better than I expected. I was concerned that I would be seen as some type of rebel or that I was unfairly or unnecessarily taking on the status quo. The major reviews of the book, many of them have been written by physicians—like in the New York Times, the Wall Street Journal, the Boston Globe. And I think they have been uniformly very positive. The medical community that has responded, at least, has been very strongly embracing these concepts—many of them, of course, are long overdue. But some are related to new tools that we didn’t have before as physicians. I think the whole concept of being able to use genomic data and wireless sensor data to track the common maladies of people—from blood pressure to diabetes to heart rhythm and whatnot—I think this is really a new and exciting time. Physicians are identifying with it and that is really gratifying.

MD+DI: You have expressed the need for the public to step up to help drive the transformation of healthcare. Patients need to be clamoring for new technology, you have said. What are the most important things happening in medicine that you would like the broader public to know about?

Topol: I think the main thing is the shift away from the population medicine to the individual approach. Each time something is happening in medicine in someone’s healthcare, the question is: is it right for that individual or is that what is drawn from evidence of the thousands or tens of thousands of people, which are from clinical trials that are not necessarily reflective of any individual? [The concept of population-based medicine] goes through every aspect of healthcare.

What I am hoping to drive is this consumer revolution where patients say: ‘What about me? Can I have my data on my smartphone: my DNA data, my sensor data for whatever relevant metric? And I should also have my lab tests, I should have the results of my scans, and on and on.’

MD+DI: What else do you think should patients know about?

Topol: The idea that, for example, people are sent for all sorts of nuclear radiation procedures and they are not even [informed about] the dose of radiation that they are being exposed to. A large proportion of patients get a nuclear profusion scan with an exercise test every year, which is the equivalent of 2000 chest x-rays.

Patients should demand information about things like this. Whether it is a drug or a test or getting the genotype for a medicine that is relevant for that person. That will only happen if consumers are educated and activated; they have to drive this.

The pharmaceutical world learned that consumers can drive prescription drug use with the ‘ask your doctor’ direct-to-consumer campaigns. I am suggesting that patients can partner with their doctor. They can even tell their doctor: this is my data, what do you think?

Patients are going to be in medical domain for the first time. They should rightfully be in that domain: It is their body. It is their information. That is a big shift in medicine, of course. It is fundamental.

MD+DI: Is there anything in particular you would like to convey to professionals at medical device companies?

Topol: There are a lot more device solutions than anybody even envisioned. Now we are even seeing a potential device solution for high blood pressure. Who would have thought?

I think devices are really central to the future of medicine and, obviously, there will be more with respect to that data potential going to the individual in certain devices. But the main thing is to think of the devices will play in this consumer-centric new model.

I’ve had the privilege of meeting the famous patient Hugo Campos who has a defibrillator but can’t get his rhythm data. He is rightly upset that he can’t get it. We shouldn’t have that kind of thing anymore. Everyone is entitled to get his or her information. It is theirs.

In this new era, there will be demand for [patients to have access to their own data]. No one has a more vested interest in this themselves than the patient herself or himself. If they don’t want the data, that is another matter. But if they are asking for it, why shouldn’t it be provided? Why is it only given to the doctor?