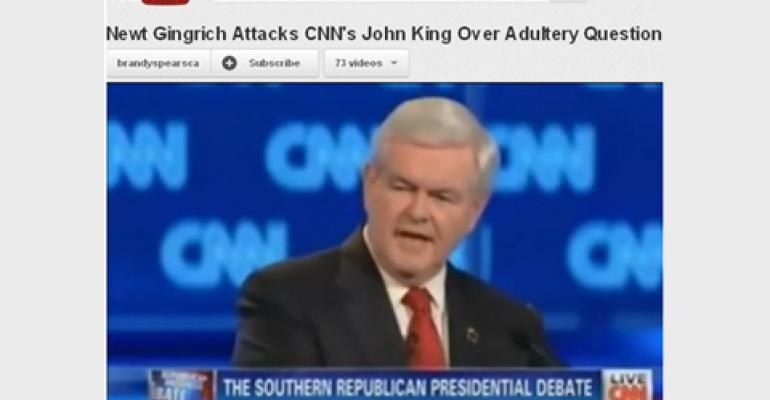 Everyone is talking about Gingrich's “feisty” response during the southern republican presidential debate. But what about the larger issue of healthcare?

This morning everyone was talking about Newt Gingrich getting “feisty” during last evening’s debate when CNN’s John King asked the former speaker of the House to respond to his ex-wife’s statement that he asked her, more than 10 years ago, about having an open marriage.
Even celebrity blogger Perez Hilton weighed in on Newt’s response.
With that news out of the way, let’s talk about the GOP race for president and healthcare. There’s no question that Gingrich is a strong force in healthcare, and I think he has the best shot among the candidates at going toe-to-toe against President Obama in a healthcare debate (but don’t tell Rick Santorum I said that) . Not only has he been entrenched in healthcare issues, but he’s also brought FDA into the picture—namely, he wants to whip the agency into shape and create a “21st Century FDA” . However, he needs to more concretely outline what this means. Those of us in the medical industry already know that processes at FDA are flawed. How does Gingrich intend to fix it? To start, his Center for Health Transformation is tasked with finding ways to improve the regulatory process –and you can find out more about his intentions to fix FDA in a piece he wrote, along with former FDA commissioner Andrew von Eschenbach, for the Hill last year.
Other Newt Notes:
0 comments
Hide comments
Related