The New (and Scary) Standard for Medical Electronic Equipment

I’m terrified of something coming in 2012. No, I’m not talking about the end of the Mayan calendar, but what I am afraid of is something that will hit small and medium size medical device manufacturers like a meteor—in their pocket books. 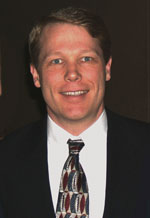 IEC standard 60601-1, 3rd Edition is intended to be the universal standard for all electrically powered medical devices. This version becomes mandatory in some places in 2012, and there are numerous workshops to teach manufacturers how to implement the standard. What these workshops don’t say is that the 3rd Edition of 60601-1 will increase costs for these manufacturers by 100%.

As an experiment, I recently sent out a comparative quote to investigate my theories. The quote showed that two testing labs I use, Underwriters Laboratories (UL) and Intertek Testing are charging $18,000 to evaluate a low risk device to the older 2nd Edition, and $39,000 to evaluate the same device with the 3rd Edition. This is an extraordinary cost difference. The story doesn’t end there though.

OSHA is not recognizing this new standard. An OSHA representative called me in person after they received the letter I sent to them (see a PDF of Grant Ramaley's letter to OSHA). This person told me they are not fond of the standard’s reliance on and use of risk management standard ISO 14971. OSHA said that the way the standard is employed undermines the third party evaluation process required by the Department of Labor regulation 29 CFR Part 1910.303. This is important, because OSHA is the only regulatory authority in North America that strictly enforces third party testing of electrical products. OSHA 1910.303 is a regulation pertaining to electrical safety for workers. OSHA uses nationally recognized testing labs (NRTLs) to perform product testing. Presuming the laboratory is able to evaluate and observe that a product complies with an appropriate OSHA recognized standard, the lab then allows the manufacturer to place their lab’s mark on the product. An NRTL mark on a product is a product approval mark under the OSHA regulation. Electrical inspectors are not allowed to accept any kind of installed electrical device without an approval mark from one of OSHA’s 15 NRTLs. OSHA currently recognizes an older version of 60601-1 for proving electrical safety.

Many manufacturers presume that the 3rd edition of 60601-1 will be acceptable to OSHA, because OSHA currently recognizes its predecessor. However, the 3rd Edition is not merely an adjustment to testing and measurements. It is an entire paradigm shift toward management of all risks related to medical device safety and performance. Because most risks related to a medical device are only going to be known and mitigated by the manufacturer of the medical device, the manufacturer is now sitting shotgun with the testing lab to determine compliance with the 3rd Edition. ISO 14971 does not appear at all in the older standard, but the 3rd Edition references it more than 100 times. This reliance on ISO 14971 has made OSHA hesitant to recognize this standard, because all of its recognized standards were intended to be a completely independent assessment by the NRTL. As such 60601-1 3rd edition is not currently recognized by OSHA and cannot be used for compliance with OSHA electrical safety regulations. Should industry be concerned? Well that depends on your perspective. Should a simple assessment of electrical safety be grounds for paying a third party lab to assess all medical device risks of safety and performance, at any cost?

I’ve been watching this standard for many years. In fact, my company even participated in an early pilot test use of risk management under the older version of 60601-1. At that time, it seemed like a really smart approach. But then it got really ugly, complicated and I saw that it could end up being super expensive.

What will happen is that the labs will have to take more ownership of all medical device risks, and, of course, charge more to assess management of risks to make sure those risks are properly mitigated. To do any less would undermine OSHA’s third party review intentions. Costs can only increase once the labs realize they also have to resolve OSHA’s expressed concerns with 3rd edition’s reliance on the manufacturers determinations of risk and risk mitigation.

These labs also refuse to offer a more affordable testing option for OSHA electrical safety compliance only. In regards, to the quotes I requested from UL and Intertek, both had different arguments for why the charges were so much higher. UL focused more on review of the risk management file alone, but Intertek added evaluation costs for “collateral standards”, which it listed as 60601-1-6 for usability and 60601-1-8 for alarms.

I have always feared that labs would start to insist on charging fees for collateral standards related to the base 60601-1 standard, because even the older version had some of these standards buried in it. In the past, some personnel at the labs had told me that these collateral standards didn’t apply (which I knew wasn’t true), but because the standard was mostly used by industry for OSHA compliance and OSHA doesn’t care about patient safety, I believe that is why they didn’t push for full compliance. That appears to be changing now.

Most people are not aware that 60601-1 is a base standard, or that numerous collateral standards can be applied to it.

The irony in all this is that medical device regulators allow manufacturers to use recognized standards voluntarily— including 60601-1. The testing labs that are appointed to approve electrical equipment under OSHA law have made 60601-1 mandatory. It is an extraordinarily complex and expensive standard to meet, and even more so when you consider that OSHA’s only interest is in protecting workers from hazards associated with electrical equipment.

Perhaps it will take an act of Congress to force OSHA appointed labs to offer more reasonable standards for their purpose. For now I can only hope that OSHA’s reluctance to recognize the 3rd Edition will stand and force the NRTLs to offer a more reasonable alternative when 2012 arrives.

Grant Ramaley is director of regulatory affairs for Aseptico Inc.