By taking part in the rulemaking process, medical device companies have a unique opportunity to shape the patent office’s interpretation of the America Invents Act.

Patent reform became a reality on September 16, 2011, with the enactment of the Leahy-Smith America Invents Act. While President Obama and the U.S. Patent and Trademark Office have emphasized the positive impact that reform is expected to have on innovation, several provisions of the new law could create traps for companies that are unprepared for the law’s ramifications. This scenario is particularly possible in the medical device industry, where patents can be crucial to a company’s competitive position.

The scope of the grace period and the nature of patent challenges are two areas where major changes have occurred. This overview addresses these and other modifications that medical device companies need to understand today in order to protect their intellectual property in the future. With this knowledge, device companies can take steps to shape that future to their benefit.

False Marking and Other Changes

Medical device companies involved in litigation should know that several changes already have taken effect, the most dramatic of which relate to false marking. The modifications now allow only the U.S. government and parties suffering a commercial injury to bring a claim of false marking. This means that most pending false marking cases will be dismissed. Additionally, merely marking a product with an expired patent number no longer amounts to false marking.

Several other changes also take effect immediately; all of them apply only to new cases:

There is a stricter requirement for joining defendants in an infringement suit. Merely infringing the same patent is not enough. Instead, the infringement must arise out of the same occurrence relating to the same accused product or process.
A patent no longer can be invalidated based on a “best mode” violation, although disclosing the best mode remains a requirement for patentability.

Technically effective immediately but applicable only to new patents granted on or after September 16, 2011, the America Invents Act creates an expanded “prior commercial use” defense. The defense is available if the defendant can show by clear and convincing evidence that, for example, it was using the invention commercially at least one year before the patent application was filed.

The new law also expressly provides that the failure to obtain the advice of counsel cannot be used to prove willful infringement or intent to induce infringement. Examples of such advice are a non-infringement or invalidity opinions. However, these opinions still may be useful to a defense.

Medical device company executives may know that there was much discussion about making the United States a “first-to-file” country. While the new law keys prior art—rather than the date of invention—to the effective filing date it does not create a true first-to-file system. There still will be a one-year grace period after the inventor’s own public disclosure, and it still will be possible for a second-to-file inventor to prevail over a first-to-file inventor in specific circumstances. The new law does eliminate the ability to “swear behind” an independent, third-party disclosure by proving an earlier date of invention, although it includes a narrow exception if the inventor already had made a public disclosure of the subject matter.

These changes take effect on March 16, 2013, and will apply to patent applications effectively filed on or after that date. However, medical device companies should prepare for the changes now because they impact the scope of the one-year grace period and the ability to swear behind third-party publications. Companies should ensure that they have strict pre-publication review policies and good recordkeeping on the date(s), content, and audience for all disclosures as well as commercial discussions that might be viewed as offers for sale.

The America Invents Act creates several new proceedings within the patent office that can be used by the patent owner to defend its IP or, alternatively, by a third party to contest the same.

On the offensive front, third parties will be able to submit prior art during prosecution with an explanation of why the prior art is relevant to the claimed invention. Such a submission generally must be made before the first Office Action or Notice of Allowance. Third-party submissions will be permitted after September 16, 2012 in any pending or new applications.

Effective immediately for inter partes reexamination and carried forward for inter partes review, the standard for commencing a proceeding has changed. Instead of raising a substantial new question of patentability, a challenger must show that it is more likely than not that one of the challenged claims is invalid.

New “post-grant review” proceedings will permit third parties to challenge a patent on any ground within nine months of the patent’s grant date. The petitioner must show that it is more likely than not that one of the challenged claims is invalid, or that the petition raises a novel or unsettled question of law. For the most part, post-grant review will be relevant only for patents granted from applications with an effective filing date on or after March 16, 2013.

Both post-grant review and inter partes review will be conducted by the board instead of by an examiner. Reviews are supposed to be completed within one year rather than the many years that a reexamination can take. Both review procedures have estoppel provisions that prevent a petitioner from raising in litigation an issue that was or reasonably could have been raised in the patent office proceeding. In addition, there are other provisions that restrict the relative timing and conduct of litigation. For example, a petitioner must file for inter partes review within one year of being served with an infringement complaint and will not be able to wait to see how the litigation develops before challenging the patent within the patent office.

As a whole, the new offensive proceedings will offer competitors several different ways to challenge patents with a promise of prompt resolution of patentability questions. As patent holders, medical device companies should be prepared to defend their important patents in these new proceedings. As competitors, medical device companies may want to monitor their competition’s applications and prepare to promptly challenge questionable patents under appropriate circumstances.

Much of the America Invents Act is brand new to the U.S. patent system. The law will be interpreted on a clean slate, first by the patent office as it develops its implementing regulations, then ultimately by the courts. In the upcoming months, medical device companies have a unique opportunity to shape the patent office’s interpretations. They can do this by participating in the rulemaking process through the USPTO public Website portal, public roundtables, and the official notice and comment period. 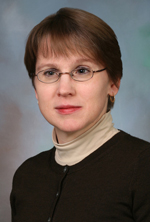 Courtenay C. Brinckerhoff is a partner at Foley & Lardner LLP (Washington, D.C.), vice-chair of the law firm's chemical, biotechnology, and pharmaceutical practice, and editor of PharmaPatentsBlog.com. She may be reached at [email protected] Additional insights on patent reform and its implications for the device industry can be found at www.foley.com/patentreform.