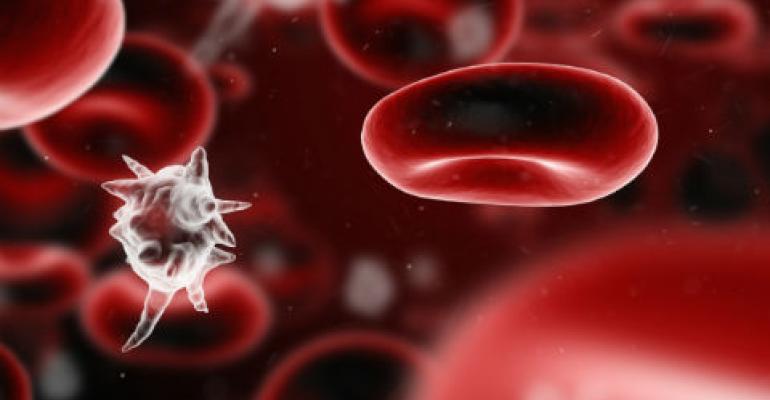 A Massachusetts company aims to disrupt sepsis diagnosis by moving away from blood cultures that can take days to deliver a result.

Sepsis, a blood borne infection that results in severe inflammation, is not to be trifled with.

"It complicates four out of 100 general surgery cases, has a 30-day mortality rate of 1 in 20, and leads to complications such as renal failure and cognitive decline," explained Patrick Conway, chief medical officer and director, Office of Clinical Standards and Quality, CMS, to Congress.

Part of the problem stems from the fact that there is no quick way to diagnose the condition and specifically the type of sepsis that a patient may have. A blood culture to confirm the diagnosis and identify the species causing sepsis can take anywhere from two to six days.

That is where a Massachusetts company is aiming to be a game changer. The company has developed an FDA-cleared test that can positive identify sepsis and determine whether it's bacterial or fungal within three to six hours, explained John McDonough, president & CEO, T2Biosystems.

Given the government's and hospitals' current focus on reducing hospital-acquired infections, T2Biosystems has great potential for success if it can convince hospitals to adopt its tools.

"The good news with sepsis is that there are good drugs available," McDonough said in a recent interview. "The problem is there are over a 100 drugs available to treat patients, so you need to know the specific species of the infection to target that treatment."

That is where the company's T2Candida test and T2Dx instruments come in. FDA cleared the them in September to detect Candida, a dangerous and lethal form of blood stream infections that causes sepsis. The company states that T2Candida and T2Dx are the first diagnostic products based on a magnetic resonance-based diagnostic technology platform that does not require blood culture and sample purification or preparation.

"FDA cleared [the tests] in less than four months, which the FDA told us was a record for them. What drove that clearance was that FDA absolutely understood the interest of public health in getting this product to market. And the fact that we had run our test in over 1,800 patients and had demonstrated outstanding performance," McDonough said.

In fact, a recent article in the journal Clinical Infections Diseases showed that T2Candida panel and instrument demonstrated 91.1% sensitivity and 99.4% specificity for sepsis.

Further, the tests were found to be able to detect sepsis where blood culture had returned negative results.

"There were 11 cases cited in the article where we demonstrated that we were right when blood culture had missed," McDonough said.

Another benefit of the test is that it requires much less blood than a regular blood culture.

The ability to rapidly diagnose the condition with less blood is a boon not just for patients but for hospital systems struggling to contain hospital acquired infections and the expenses tied to it.
The Agency for Healthcare Research and Quality ranks sepsis as the most expensive condition treated in the nation's hospitals, costing more than $20 billion in 2011.
McDonough says that when doctors fear patients have sepsis they ply them with many drugs that are expensive. But those drugs are a wide spectrum of antibacterial and antifungal drugs that are administered blind before the results are in. The company can help save money by identifying the species of sepsis fast and thereby eliminating drugs patients don't need.
"There is independent data that shows that if you get the patients on the right drug within the first 24 hours, you can reduce length of stay of patients from the hospital by 9 days, he said. "You can reduce the amount of time they spend in the ICU by 2 days."
That translates to savings of $20,000 to $30,000 per patient, he said.
Hospitals also save money when negative results for sepsis are returned quickly. That prevents the patient from getting expensive drugs when they in fact don't have sepsis.
T2Biosystems sells both the nanotechnology-based tests and the instruments running them. Each test costs $250 and is reimbursed by Medicare. The instrument costs about $150,000 and a hospital typically would buy one or two of them.
Given that the tests were cleared only in September, T2Biosystems has its work cut out in terms of convincing doctors and hospital administrators about the efficacy of its products. It has commissioned a health economics firm to test the value of its test in pure dollars and cents, data for which will be available later this year.
The company aims to have a direct sales force of 15 this year and grow workforce to 160 from about 110.
As it ramps, T2Biosystems will come up against more established in vitro diagnostics firms like Biomerieux that have automated products to provide a clinical direction to physicians aiming to quickly diagnose sepsis.
0 comments
Hide comments
Related