Move Over Boston Sci, Hologic Is on an M&A Hot Streak Too 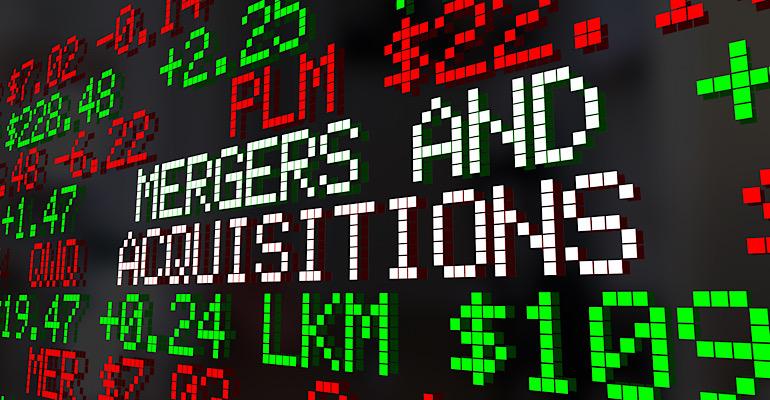 These companies are having tremendously heavy deal activity this year.

Hologic doesn’t seem like it's slowing down in acquiring companies any time soon. The Waltham, MA-based firm said it has signed a definitive agreement to acquire Bolder Surgical for about $160 million.

Bolder Surgical is the fifth company Hologic has had eyes on in 2021 and that tally runs neck-and-neck with the number of deals Boston Scientific has been involved with this year.

The Bolder Surgical deal adds laparoscopic vessel sealing, dividing, and dissecting devices to the Hologic portfolio. Hologic will also be able to expand the use of Bolder’s devices to OB/GYN specialists. Hologic said the deal is set to close at the end of this year.

Mike Matson, an analyst with Needham & Company, said the deal was high favorably to Hologic’s offerings.

“We believe that Bolder Surgical complements Hologic’s existing GYN Surgical business (i.e., NovaSure, MyoSure, and Acessa) by expanding its product offering to include additional tools frequently used by OB/GYNs,” Matson wrote in a research note. “Given the financial windfall that is resulting from Hologic’s COVID-19 test sales, we expect Hologic to remain active with M&A.”

Bolder Surgical is expected to generate about $10 million of product revenue this calendar year. The acquisition is expected to be slightly dilutive to Hologic’s non-GAAP earnings per share in fiscal 2022, roughly break-even in fiscal 2023, and accretive thereafter.

“This acquisition is another good example of our capital deployment strategy, as we use our strong cash flow to add products that leverage our existing channel strength and accelerate our growth,” said Steve MacMillan, Hologic’s chairman, president and CEO.

Why Hologic and Boston Sci Are So Similar

Hologic and Boston Scientific are traveling down a similar path when it comes down to acquiring companies. Both companies are overly eager for M&A.

Recently the Marlborough, MA-based company said it had signed an agreement to acquire its 5th firm this year – Baylis Medical for $1.75 billion.

Both companies have had tremendous comebacks after rather difficult acquisitions in the past. For Boston Scientific, it was the $27 billion acquisition of Guidant in 2006. Boston Sci would spend a decade settling extensive legal troubles inherited from Guidant, not to mention paying more than $6.2 billion in goodwill impairments.

However, over time and under the leadership of chairman and CEO Mike Mahoney, Boston Scientific experienced a rebirth of sorts – which led the company to acquire 10 companies in 2018.

In 2021, Boston Scientific is on its second M&A streak.

Hologic’s troubled deal was the $1.65 billion acquisition of Cynosure. While not nearly as severe or a hassle as the Guidant merger, the aesthetics company underperformed and often led to revenue declines. This led Hologic to divest the company for $205 million - a fraction of the $1.65 billion it paid for Cynosure.

But once it shed Cynosure, Hologic began rebounding. Revenue from Hologic’s COVID-19 offerings helped power the company to the current M&A hot streak it’s on now.