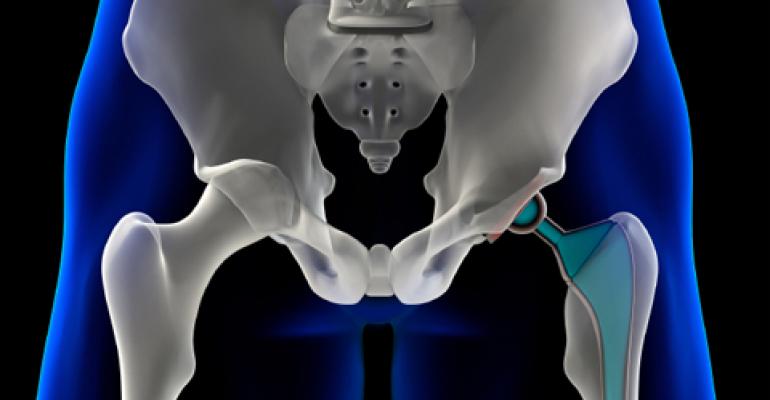 The number of Americans between 45 and 64 who had their hips replaced nearly doubled between 2002 and 2011. Meanwhile fewer physicians performed them in the same period.

More younger Americans are choosing to get their hips replaced, even whille paradoxically fewer physicians are performing them.

Those are the results of a new study that will be presented Thursday at the annual meeting of the American Academy of Orthopaedic Surgeons, which kicked off in Las Vegas on Tuesday.

Meanwhile, in the same decade under study the number of physicians performing the procedure declined 28.8%.

Medicare has been cutting reimbursement for total joint replacements, which may help to explain the decline in physicians perform. Between 1987 and 2006, Medicare fees for total hip replacement has declined 69 percent, according to Jeffrey Binder.

The abstract didn't mention the causes for the decline in number of physician's performing the procedure. But it did provide a reason for what led to the huge increase in hip replacement surgeries in young Americans between 2002 and 2011. The answer - population growth in that segment. The study also found that changes in what hospitals charged for hip replacements did not have a correlation with how many surgeries were performed.

The study can lead to an interesting dilemma as a conclusion.

As more younger Americans get their hips replaced - good news for device makers - a trend expected to continue, the need for revision surgeries will also rise. There have been tremendous advances in modern hip implants leading to increased longevity, but none the less normal wear and tear in younger people and increased life expectancy will mean more revision surgeries for people later in life.

And if the decline in physicians performing hip replacements decline, will there be enough skilled physicians left to manage the demand for revision surgeries in the future?