Employees feel slightly more secure in their jobs this year.

Job satisfaction ticked up almost 3% over last year. More than two-thrids of respondents say they are satisfied or very satisfied in their current positions.

About one third of respondents say they are actively looking for a job outside their current organization or strongly considering a new job search. Just over two thirds are happy where they are. 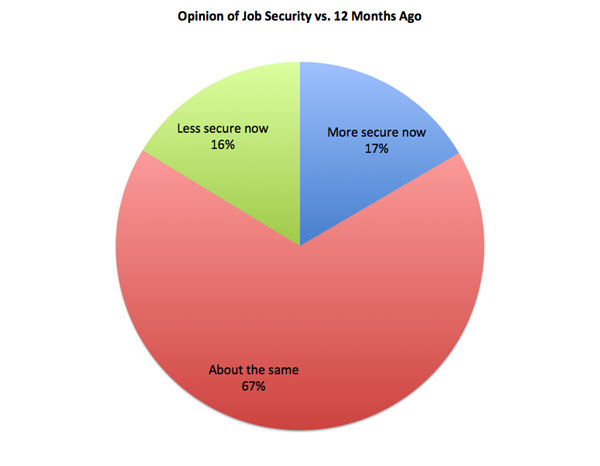