Still, given the challenging economic climate, analysts have been impressed by the medtech industry's growth.

It should come as no surprise that the medtech industry has acknowledged and is acting on the effects of the recession. As the industry moves through this transitional period, companies are pushing to improve overall productivity.

Medtech firms are closely examining how they manage their supply chains and inventory. One big issue is reducing waste—especially waste related to inventory that sits on shelves for months in a warehouse. In these tough economic times, operational excellence has become critically important for medical device manfuacturers.

“Industry is still growing but at a much slower rate,” Rastogi told MD+DI at the AdvaMed 2012 conference this past October.

Still, given the challenging economic climate, analysts have been impressed by the medtech industry's growth. Last year revenue for U.S. and European nonconglomerates increased 6% over 2010, totaling nearly $320 billion, according to Ernst & Young’s 2012 Pulse of the Industry report. 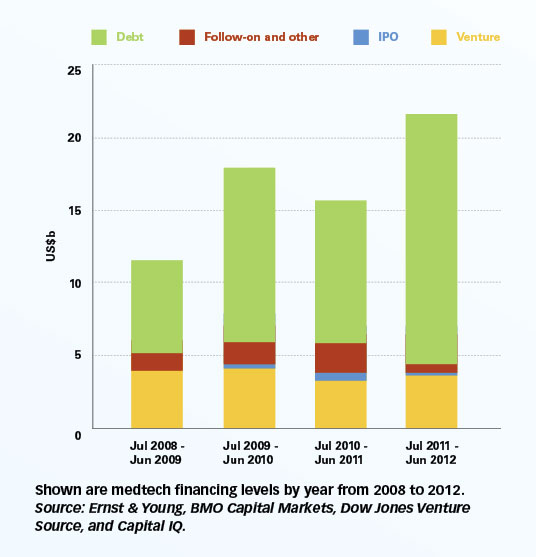