Medical App Use Heats Up, So Does Frustration 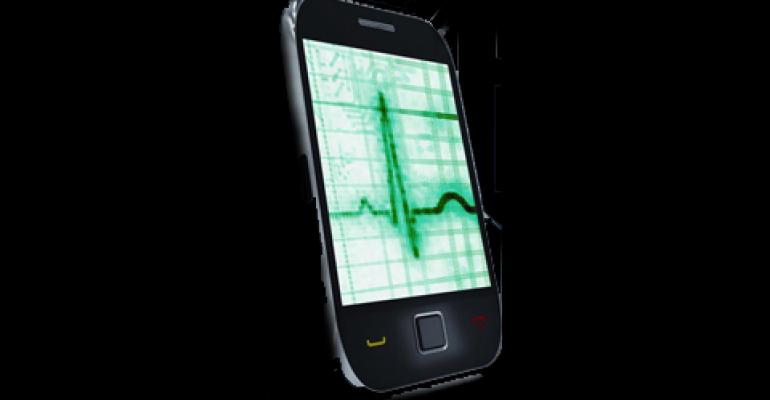 The intersection of mobile health technologies with medical devices is an increasingly hot topic, but there is also confusion and frustration surrounding the issue.

The intersection of mobile health technologies with medical devices is an increasingly hot topic, but there is also confusion and frustration felt by some in the device industry. Much of the challenge stems from deciding how to classify a device—whether it should even be considered a medical device. “In the past, it was pretty cut and dry in terms of what is a medical device and what is an ICT [information communications technology] device. Now, because there are more mobile devices used in the medical device environment, there have been a lot more questions about that,” says Pam Streed, vice president of global medical services at Intertek.

In addition, there is a misalignment between FDA requirements for medical devices and medical applications. “[There’s] a bit of friction as everyone gets their heads around FDA and the mobile application developers—how they move forward and produce innovative products while making sure they’re meeting the safety standard for medical devices,” says Brent Melson, director of technology services and development at Intertek.
Although the definition of a medical device hasn’t changed, the issue is the intended use of certain mobile health products that previously weren’t classified as medical devices. Now, because of the way certain products are being packaged and marketed, they could potentially fall into the category of a medical device, and thus would need to conform to FDA requirements. Part of the problem is that some manufacturers of medical apps may not even know that they are making a regulated device, according to comments that AdvaMed submitted to FDA in October. The association recommended that FDA reword its document into “plain language” as a result.
“If you have an application that works on an iPad and the app says that it specifically helps diagnose a certain disease, then the app becomes a medical device,” says Streed. “The iPad is not considered a medical device, but the software would be. However, if an iPad was called a medical iPad, [for example], and the application could only be used on the medical iPad and is marketed as a medical iPad for use and diagnosis [of a disease], then it would be considered a medical device.”
These devices are not to be confused with popular health apps for fitness and dieting. If an application is solely used to log, track, record, evaluate, or make decisions or suggestions for general health and wellness, it’s not classified as a medical device.
The ubiquity of platforms such as the iPad, iPhone, and tablets now in the hands of healthcare professionals introduces a limitless possibility in medical device capability.  “You’re no longer talking about a one-to-one ratio of device and function. One device can have multiple functions and may be used to control multiple other medical devices,” says Melson. “We’re helping customers understand what the requirements are going to be to get devices to market, how long it will take, and what documentation they need to have upfront to make the process run smoothly.”
As mobile apps quickly evolve, the question is whether medical devices could ever keep up with this pace. Mobile applications can have a three- to four-month development cycle, while devices have a cycle that lasts years. Last July FDA issued a draft guidance that outlined how such devices would be defined and how FDA’s regulatory oversight of mobile medical apps.
“There’s a bit of culture clash happening,” says Melson. “ I think we’ll see a compromise struck between the times it takes to get certified and safety requirements of what you need to be held to [by FDA] in order to make sure your [product is] safe for patients and doctors have a level of confidence [in it].”
0 comments
Hide comments
Related