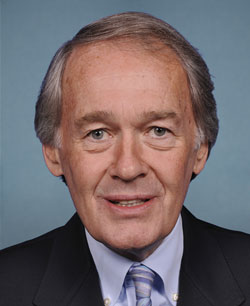 A U.S. Congressman who was among the group that introduced the SOUND Devices Act in the House of Representatives in February is again pushing for legislation to improve the safety of medical devices.

Edward J. Markey (D-MA) is pressing for 510(k) reforms to be included in a legislative package intended to update the FDA User Fee Act. Following a subcommittee on health hearing titled “FDA User Fees 2012: How Innovation Helps Patients and Jobs,” Markey expressed his disappointment that a discussion draft of the User Fee Act does not include measures to increase device safeguards.

“While the current version of the discussion draft contains several provisions that I have authored, I am disappointed that it is missing an opportunity to vastly improve the safety of medical devices and protect patients from serious harm,” Markey said in a statement.

He said he plans to work with other lawmakers to add a provision that would allow FDA to reject 510(k) applications that cite devices recalled due to safety concerns as predicates.

Mark-ups on bills to reauthorize the Medical Device User Fee Act are scheduled for next week.