For Maker of Home Colon Cancer Test, Second Time Was the Charm 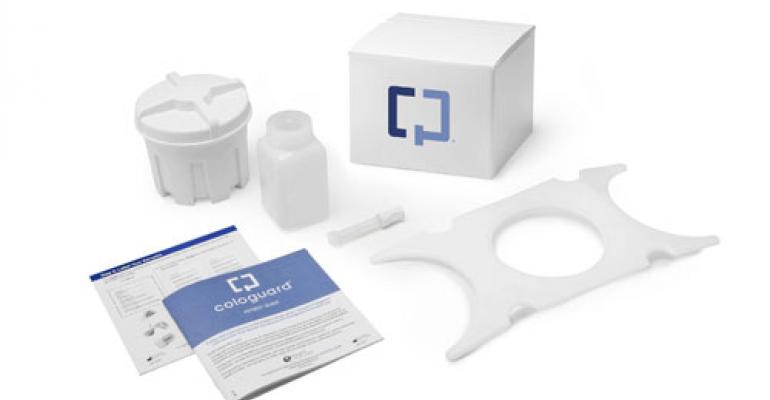 Exact Sciences, maker of the first FDA-approved DNA test for colorectal cancer, nearly went out of business when the first iteration of its technology flopped.

Colorectal cancer is the second leading cause of cancer deaths in the United States, but many people still avoid getting tested for the disease because they believe colonoscopies, a common screening method, are embarrassing and uncomfortable.

Madison, WI-based Exact Sciences is hoping to change that with Cologuard, a noninvasive, stool-based test users can take in the privacy of their own homes.

Cologuard is the first and only FDA-approved DNA test for colorectal cancer. It tests for 11 different biomarkers to detect DNA mutations as well as epigenetic changes, so it can determine with 92% sensitivity if cancer is present and with 42% sensitivity if precancerous lesions have developed. By contrast, other currently available stool-based tests that screen for blood, such as fecal occult blood tests and fecal immunochemical tests, have only 74% sensitivity when it comes to detecting cancer and are unable to detect precancerous lesions.

“Most precancers don’t bleed, and not all cancers bleed, but we have clinical evidence that they are all exfoliating DNA that’s methylated or mutated,” explains Maneesh Arora, chief operating officer at Exact Sciences.

To get the test, patients need a prescription from their physician, who orders Cologuard from Exact Sciences’s sole-source lab. The company then validates the patient’s identity either electronically or by reaching out to them directly before sending the test kit to them in a prepaid-return box. The patient uses the kit to collect their stool sample, assisted by the supplied instructions as well as a 24/7 support center. The sample is then shipped via UPS back to Exact Sciences’s lab, which provides the physician with a simple yes or no answer as to whether it has detected cancer or precancer in the sample. Patients can also log in to an online portal to access their results.

“We’re giving people the power to address a really deadly cancer in a way that has not been done before: in the comfort of your home,” Arora says.

Exact Sciences was founded back in 1995 by Stan Lapidus, a medtech entrepreneur who also started Cytyc Corp.,which made the ThinPrep System for cervical cancer Screening, and Helicos Biosciences, which develops genetic analysis technologies.

“They did a whole bunch of work and ran a clinical study in the early 2000s, but the technology wasn’t really ready and the business model wasn’t ready,” Arora says.

The company went public in 2001, but a study published in the New England Journal of Medicine in 2004 found that its original test detected colon cancer with only 52% sensitivity. Still, the test made it to market, though it failed to gain commercial traction and the company languished.

Exact Sciences was in the process of being delisted from the NASDAQ when its board recruited Arora and Kevin Conroy, now the company’s president and CEO, to revive the business in 2009. They brought on a new scientific team and joined forces with David Ahlquist, a Mayo Clinic physician specializing in gastroenterology and hepatology, who used a different underlying technology to accomplish the company’s original goal of developing a DNA-based noninvasive test for colorectal cancer.

After licensing the technology developed at Mayo Clinic, Exact Sciences signed up to be the first company to participate in a pilot of an FDA-CMS parallel review program intended to cut the time between FDA approval and Medicare coverage and initiated a clinical study with more than 10,000 participants. In March 2014, an advisory panel unanimously endorsed Cologuard for FDA approval, which it was granted on August 11, 2014.

Official launch of Cologuard will occur in conjuction with CMS’s final payment decision, expected in October or November. “What that will do, in effect, is ensure that all patients of Medicare age are fully covered with no copay and no out-of-pocket,” Arora says. Until then, the test is available at the list price of $599.

Arora says Exact Sciences is currently setting up meetings to gain coverage for Cologuard from private insurers and care management organizations, as well as raising awareness about the product among physicians. Mayo Clinic has already announced that it will be the first healthcare system to provide Cologuard for its patients.

The company is also hoping to get Cologuard included in colon cancer screening guidelines issued by organizations such as the American Cancer Society. That shouldn’t be too hard, considering that heavyweight physicians such as Bernard Levin, of the University of Texas M.D. Cancer Center, and Sidney J. Winawer, at Memorial Sloan Kettering Cancer Center, have been advocates for the company’s technology.

“All of the folks who write the guidelines were essentially our speakers at the FDA advisory panel,” Arora says.

Exact Sciences is also looking toward an international launch of Cologuard and hopes to bring its screening technology to other gastrointestinal cancers, such as those of the pancreas, esophagus, and stomach.

“We want to make sure we don’t lose sight of what we need to do to execute on Cologuard, but we’re developing a platform technology . . . and that keeps us very excited,” Arora says.