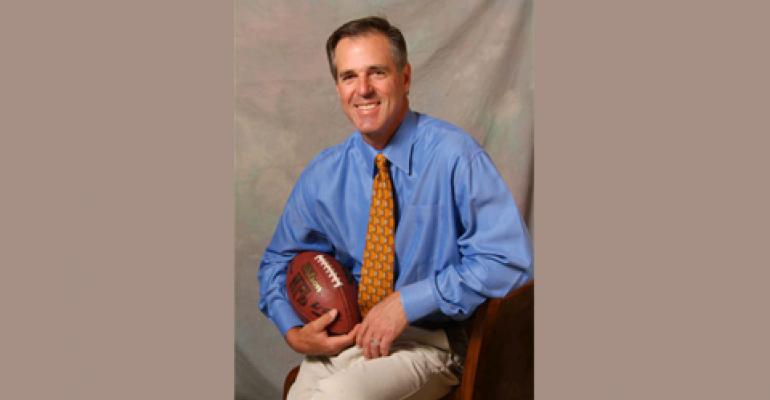 How are you communicating your patient stories? At this year's MDMA annual meeting Congressmen and pro-sports players agreed on one thing: patient advocacy.

The general public isn’t as keenly aware of the leaps and bounds made by the medtech industry as it is of the recalls and malpractice lawsuits that have overwhelmed the healthcare industry. In fact, most people aren’t aware at all, nor do they appreciate, how device companies are changing and saving lives every day. Why is that? Of course there’s the recurring theme that the industry doesn’t get the same respect as big pharma, nor do most device companies have a comparable advertising budget. However, the device industry should take one important cue from the pharma industry—let your patients tell the story. Some companies are already doing this, but many aren’t.
“Innovation has to be talked about and with all due respect, you guys aren’t very good at talking about it,” said former NFL player Rolf Benirschke at the MDMA annual meeting last week in Washington, DC. “You need to let your patients do the speaking. They are evangelists; they are passionate. Innovation is changing life for us.”
Benirschke is best known for his role as a placekicker on the San Diego Chargers. He is also widely known for his role in helping change the lives of patients who suffer from inflammatory bowel disease (IBD). During his second season in the NFL, he became very ill, and by the age of 24, he had come to terms with the fact that he was going to die.
But it wasn’t Benirschke’s time yet, and he was fitted with a new ostomy product that allowed him to begin his journey to compete for his job on the San Diego Chargers, which then led to his role in transforming the public perception of IBD and ostomy surgery. Everywhere he went, his comeback story was told. And everywhere he went, he received hundreds of letters from people who suffered from the same condition.
“I realized this was a crying need. There are 100,000 ostomy surgeries every year. Every one is life changing for the individual and for the family, and no one is talking about it,” said Benirschke.” I would argue that this is the quintessential closet illness. Poop in a bag—who wants to talk about it?”
Benirschke went back to Convatec, the device manufacturer of his ostomy pouch, and told the company that it needed to get the message out about its game-changing technology. Together, they launched the Great Comebacks Program.
“It was the amplified voice of the patient that began to change public perception of ostomy surgery. Not only did we help the patients, but we helped physicians—physicians would tell us that patients were opting for surgery sooner, because it became evident that, through hearing the stories, that they could have their lives back,” said Benirschke. “This was a second chance, not an epitaph, in their life.”
Letting the patient tell your story plays an important role in sending a message to the government as well. “I know the financial straits that many of you face. We [Congress] hear that all the time,” said Jason Altmire (D-PA) at the MDMA meeting. Altmire wants to look into the eyes of patients and hear what they’ve been through and how the technology has changed their lives. “That’s powerful, and I won’t forget that,” he said. Talking about business policies and how they hurt your bottom line isn’t as effective communication tool as showing your technology results in action. Companies should also invite local representatives to visit their facility to meet with employees and see the products first hand. Letting the patient speak and showing your local representatives directly how you are transforming lives is the most effective message. “That’s how you win the fight,” Altmire said.
How are you communicating your patient stories?
Maria Fontanazza is managing editor at UBM Canon. Follow her on Twitter: @MariaFontanazza.
0 comments
Hide comments
Related