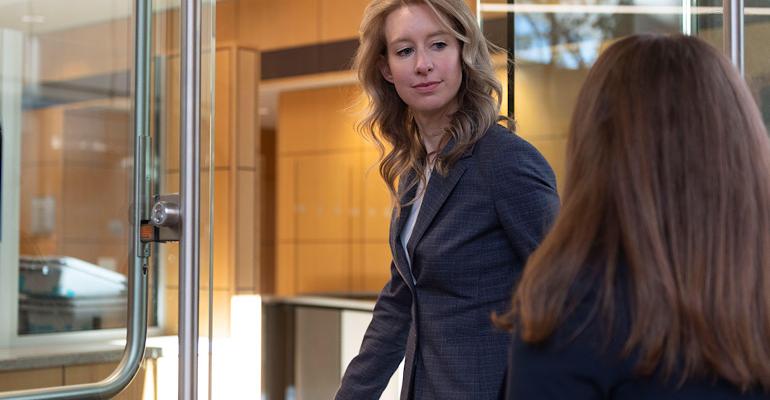 The ex-Theranos CEO was also found not guilty on three additional charges concerning defrauding patients and once charge of conspiracy to defraud patients.

Updated to include Jury's Verdict

A jury has found Elizabeth Holmes, the former Theranos CEO and founder guilty on four charges of defrauding investors, according to a report from CNN. Holmes was found not guilty on three additional charges concerning defrauding patients and one charge of conspiracy to defraud patients, the report goes on to say.

There was no verdict on three of the charges concerning defrauding investors - these were the same charges that the jury remained deadlocked on earlier on Monday. CNN reported that Judge Edward Davila is expected to declare a mistrial on these charges.

She could face up to 20 years in prison and a fine of $250,000 plus restitution for each count of wire fraud and each conspiracy count.

Holmes was a larger-than-life entrepreneur who had a rock star persona in Silicon Valley. She wore black turtlenecks, emulating her hero, the late Steve Jobs, and spoke with an unnatural baritone voice. She had different quirks like rarely blinking and was so committed to her vision that at the age of 19 she dropped out of Stanford University to work on the technology that would form the basis for Theranos.

The company, which once had a valuation of $9 billion had developed Edison, a diagnostic that was touted to test for multiple diseases with just one blood draw. There’s just one problem, Holmes and other Theranos executives over-stated the effectiveness of the test.

The trial has had a number of wild twists and turns – from a juror being dismissed over playing Sudoko, to the reveal that former Education Secretary Betsy DeVos’ Family invested in Theranos.

Holmes would eventually take the stand and shifted the blame to Theranos’ Ramesh “Sunny” Balwani, who she was once involved with. CNN reported that Holmes testimony alleged Balwani abused her and sought control nearly every aspect of her life, claiming it would help her succeed in the business world. Balwani, who faces the same charges previously denied abuse allegations in court filings.