Georgia’s Medtech Industry Gets a Dose of Southern Hospitality

With Georgia Tech at its core, the Peach State is ripe for medical device industry innovation and growth

Although renowned for its peaches and peanuts, Georgia has nurtured the growth of a high-tech medical device and life sciences cluster during the past decade that is redefining the Southern state. Spurred by growth opportunities in the sector, Georgia is leveraging its international airport, affordable cost of living, ample supply of skilled workers, expanding entrepreneurial support network, and university expertise in the biomedical field in an effort to establish a legitimate life sciences hub in the Southeast. And as the state continues to invest in the sector and implement the proper support infrastructure, it's becoming increasingly clear that Georgia has medtech on its mind.

Cultivating a Cluster
Despite being overshadowed by such Atlanta-based Fortune 500 companies as Home Depot, UPS, and Coca-Cola, Georgia's modest medical device industry has been quietly thriving for decades. But, like several other emerging life sciences clusters in the United States, Georgia's medical device industry received a significant shot in the arm during the past 10 years as the state has sought to cultivate several key high-tech growth industries. Identified by the Commission for a New Georgia in 2003 as one of six strategic industries, life sciences has emerged as an increasingly vital part of the state's economic development strategy in recent years and, accordingly, has received an increasing amount of support and visibility.

Already home to a variety of small and mid-size medical device manufacturers, a host of local industry suppliers, and such noted Atlanta-based institutions as the Centers for Disease Control and Prevention (CDC) and the American Cancer Society, Georgia had a sturdy healthcare foundation on which to build. And build it did. In fact, more than 40% of local life sciences companies were founded during the last decade, according to the 2011 Shaping Infinity, the Georgia Life Sciences Industry Analysis. As a result of this growth, the life sciences industry, related university research, and the CDC currently have a $23-billion impact on Georgia's economy and employ more than 100,000 people.

A Business-Friendly Environment
Facilitating this impressive growth, in part, has been a blend of business incentives, training programs, and funding opportunities. In addition to a business-friendly 6% corporate income tax, Georgia offers several enticing tax credits to eligible companies. The Quality Jobs tax credit, for example, allows companies that create at least 50 jobs over the course of a 12-month period that pay wages at least 110% of the county average to receive a tax credit ranging from $2500 to $5000 per job per year. Likewise, an R&D tax permits 10% of a company's increased qualified R&D expense over its gross receipts to be claimed as a tax credit. 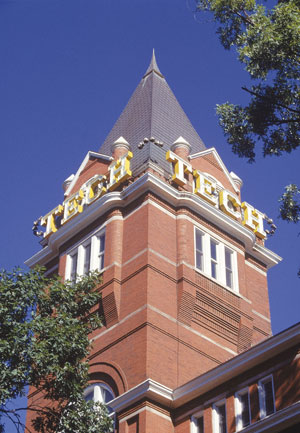 And while many medical device industry insiders cite a lack of access to capital and venture funds as the most-pressing issue they face in Georgia, according to Shaping Infinity, there are some seed money and funding opportunities. The Georgia Research Alliance (GRA; Atlanta), a nonprofit, independent entity focused on brokering university research projects to promote economic growth and collaboration in the state, for instance, offers the GRA Venture Fund. The private investment fund provides capital to participants in the GRA's VentureLab commercialization program. Seed funding for early-stage companies is also available from the Seed Capital Fund, which has invested roughly $4.6 million in Georgia-based life sciences companies since 2004, and the Georgia Tech Edison Fund, which benefits early-stage technology companies that have a close association with the Georgia Institute of Technology (Georgia Tech; Atlanta).

Expanding medtech companies in the area can also take advantage of the local Quick Start program, which provides free customized workforce training to qualified companies creating jobs in Georgia. Homegrown success story Remington Medical Inc. (Alpharetta), a manufacturer of branded disposable medical products and provider of OEM services, recently opted to tap into the program's resources to train 20 to 30 new employees on a new production line. Privately owned and operated, the company was able to benefit from the free, valuable assistance offered to support its growing business.

"Working with our quality staff and production staff, [Quick Start] came in and put together all of the training materials; the process is documented," explains Fred Aycock, cofounder and CEO of Remington. "Our only investment in the Quick Start program is the time spent reviewing and approving the training materials, which, at the end of the day, belong to us."

The Road to Commercialization
Along with tax breaks and training programs, state leaders have further demonstrated their commitment to the local medical device industry through the creation of a bevy of facilities, organizations, and programs that support commercialization and medtech innovation. Established under former-Governor Sonny Perdue in 2003, the Georgia Centers of Innovation (COI), for example, were launched to accelerate the growth of high-tech companies in the state's six identified strategic industries: agribusiness, aerospace, energy, life sciences, logistics, and advanced manufacturing. The COI for life sciences, in particular, connects companies to resources for research and commercialization in addition to providing laboratory and business incubator space. Like the COI, incubators and facilities such as the Atlanta Technology Development Center, the Georgia BioBusiness Center, and the Georgia Bioscience Commercialization Center also accelerate growth and offer commercialization resources for local medical device entrepreneurs.

This expanding network of support to Georgia-based medtech innovators will also include a prototyping and design and development facility beginning in March 2012. Aimed at assisting with the commercialization of next-generation medical devices in the areas of cardiology, orthopedics, and pediatrics, in particular, the Global Center for Medical Innovation (GCMI; Atlanta) represents a partnership between Georgia Tech, Saint Joseph's Translational Research Institute (SJTRI; Atlanta), Piedmont Healthcare, and the GRA.

"We were seeing a lot of startup medical device companies at various stages of development and ideas without the proper infrastructure here," explains Wayne Hodges, executive director for GCMI. "When we looked into it, it was clear that there were a lot of prototype shops but not any GMP facilities here in Georgia--or for that matter in the Southeast. So, our folks were going to other places for those types of services, such as California, the East Coast, Minneapolis, and other well-established [medical device] places. And in lots of cases, they weren't coming back."

To foster medtech innovation and retain local entrepreneurs, GCMI will be equipped with cleanrooms, a machine shop, and prototyping equipment, as well as access to the preclinical research capabilities of SJTRI, investors, and engineering support. As a result, GCMI will help innovators to develop the functional prototypes typically necessary to obtain funding while providing valuable support throughout the process. GCMI also hopes to form partnerships with local, established medical device companies, Hodges states, in addition to companies moving into the region.

And the support network may just extend beyond Georgia's borders as well, Hodges notes. "We got started on this because we wanted to support ideas that were here, keep what we had, and attract others," Hodges notes. "But the more we look into this and the facilities we're putting in place, we've had a lot of interest from others throughout the Southeast region. I think that there is an opportunity for the Southeast to come together and do a better job of supporting medical devices in the region."

The College Experience
While state-funded programs and incentives have undoubtedly contributed to growth in the medical device sector, the local medical device industry's greatest asset appears to be its high-tech-focused institutions of higher learning. "The Atlanta area, in general, has become a high-tech area of the South over the years, and I think a lot of that has to do with local universities," says Ron Harris, sales manager at Newcomb Medical Components (Decatur), which has been manufacturing springs and stampings in Georgia since the early 1960s.

And at the center of it all is the illustrious Georgia Tech. At the forefront of medtech research and development, the school is innovating daily in its labs and is active in supporting related commercialization efforts. A testament to the school's cutting-edge ideas and solid support system, CardioMEMS (Atlanta) is a Georgia Tech spinoff that has married wireless technology with microelectromechanical systems (MEMS) for performing less-invasive monitoring of heart patients. Last year, the trailblazing technology caught the eye of medical device giant St. Jude Medical, which subsequently made a $60 million equity investment in the company and secured an exclusive option to acquire CardioMEMS in the future.

Seemingly every local company connected to the medical device industry has some sort of relationship with the technical institution, however. "Georgia Tech is doing a lot to try and engage the biomedical community," notes Shawn Shorrock, global market manager, healthcare, for Solvay Specialty Polymers (Alpharetta), a supplier of both implantable and nonimplantable polymers to the medical device industry. Shorrock notes that Solvay's Georgia branch, which has been operating in the state since the early 1990s, has worked closely with Georgia Tech over the years in a number of capacities, including recruiting and contract testing programs to support the company's work in the healthcare industry.

Newcomb Medical and SBME, on the other hand, both have partnered with Georgia Tech and assisted its researchers. SBME has performed technology evaluation for some of the innovative concepts developed in the labs while Newcomb has provided low-volume manufacturing of springs for medical applications. Georgia Tech, Harris notes, has benefitted from Newcomb's specialized capabilities in working with special wire such as titanium, which can present challenges in terms of the configuration and forming the material.

But Georgia Tech isn't just contributing to the state's current medical device industry, it's also preparing students to help it prosper in the future. Producing a highly skilled workforce, Georgia Tech offers a joint biomedical engineering undergraduate and graduate program with Emory University that was ranked second in biomedical engineering in the country by the 2012 U.S. News & World Report. "Georgia Tech is strong in biomedical and industrial engineering; we have a number of Georgia Tech graduates here at Remington, in fact," Aycock of Remington says. "From what we see, there is a skilled workforce specialized in the biomedical field. I think that's one of the strongest contributors to the state's [medtech] growth." Braddon of SBME, a Georgia Tech grad herself, agrees. "Georgia Tech is spitting out fabulous engineers, and the University of Georgia is training very competent regulatory and quality folks," she says. "If you need an engineer, you're going to have your pick."

Concludes Braddon, "When you have the kinds of success stories such as CardioMEMS, SJTRI to do your animal studies, Georgia Tech to help with clever, cutting-edge technology, and some infrastructure support, I think that these things have worked in synergy to help grow--and will continue to help grow--the medical device industry in this area."