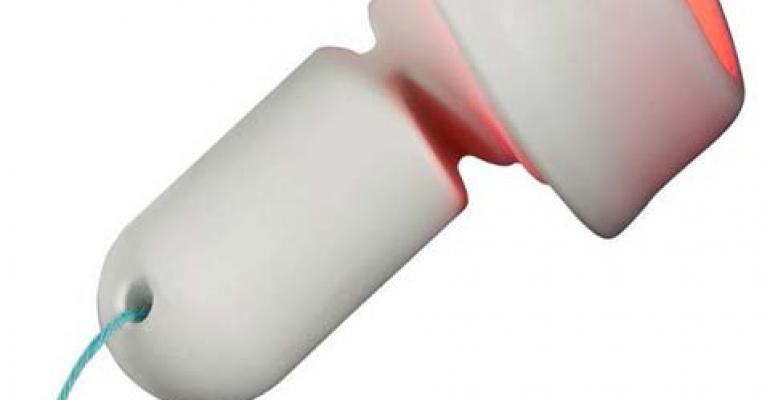 Photodynamic therapy has been available for years but generally as two separate components—the drug and the light source. Sagentia and Photocure have combined these technologies into a combination device, called Cevira, to destroy HPV-infected tissue and treat precancerous lesions on the cervix, while preserving healthy tissue. According to Peter Hillemanns, chairman of the department of obstetrics and gynecology at Medical University Hannover (Germany), the device provides the first nonsurgical treatment for HPV and precancerous cervical lesions.

Photocure ASA developed the Cervira ointment and is using Sagentia’s experience in optics and electronics to develop the device. The clinical trial, which is expected to start during the spring in the United States and Europe, will study the technology’s use as an alternative to surgical procedures that can damage healthy tissue. Treatments such as laser therapy and cryotherapy can lead to infection, stenosis, bleeding, reduced fertility, and preterm labor. The study also aims to find the correct dose of the drug for patients. Bjorn Klem, project director at Photocure, anticipates that the first trial results will be available in next year’s second quarter and final results of the entire trial within two years.

The Cevira device is fitted inside the vaginal cavity and remains in contact with the cervix to deliver treatment for 10 hours. A cup holds the ointment against the cervix for initial absorption. A few hours later, a light source within the cup emits light at a specific wavelength to deliver more therapy. The patient can remove the device at home and discard it.

The current device is aimed at patients, many of whom are young and plan on having children, with mild to moderate cervical lesions. As a result, reducing complications and intervening with treatment early are critical. “We believe that

there’s a big need for a therapeutic, tissue preserving product that can treat these patients and not involve the tedious and frequent follow up,” says Klem. “They can take care of their problem and not become anxious due to waiting for cytology results every six months.”

The biggest opportunity for Cevira and potential future combination devices for cancer treatment are in treating early-stage localized cancers. “You don’t want to wait until the patient has cancer,” says Klem. “You should be able to diagnose patients early and treat these conditions. We’re able to do both—we’re diagnosing patients early with the fluorescence diagnostics and treating early stage lesions.”

Due to the expenses involved in commercializing a product, Photocure and Sagentia are seeking partners—both for R&D and to distribute the product globally.