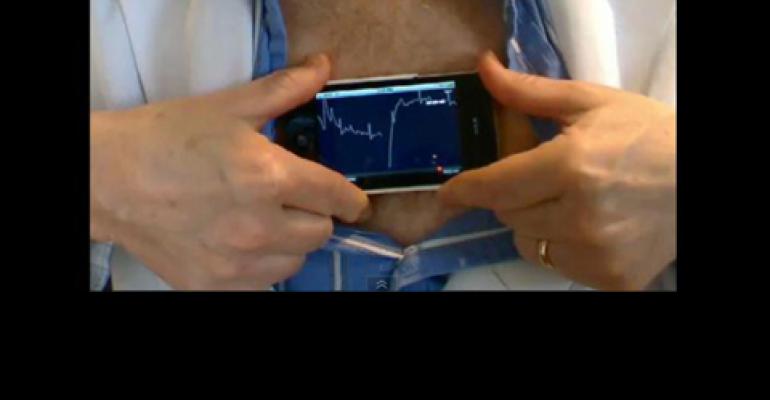 The latest catch-phrase circulating around the device industry is the consumerization of medical devices (also referred to as the medicalization of consumer devices). It’s a trendy topic, but it’s also in the very immature stages. The main drivers behind this concept are the emergence of new technologies, the need to realign incentives to make the cost of healthcare sustainable, and the convergence of technology with “new media indications” like electronic health records and social media, according to Dan Schoenholtz, principal at Ernst & Young. “These technologies have no value on their own unless there’s monetization or understanding and analysis of the information that they generate,” he said. “That’s the crux of these technologies.” Schoenholtz, along with experts from Medtronic, Covidien, Qualcomm, and start-up InfoBionic, debated over this emerging area at AdvaMed 2012 last week.

With the rising transformation of devices into patient-empowering technologies that leverage very specific information, many companies will need to shift their way of thinking. “The patient is a relatively new customer for us,” said Jessica Hameline, senior vice president of corporate strategy at Covidien. “The care [is] moving out of our core customer base, which has traditionally been hospitals, and into the hands of patients and consumers.”
There’s no doubt that mobile health (mHealth) will have a big effect on the delivery of care. “Mobile is ubiquitous,” said Nancy Briefs, CEO of InfoBionic, an emerging company that is focusing on mHealth solutions. “Seventy-five percent of physicians in hospitals have smartphones; 70% of them are carrying iPads.”
The rise of mHealth will be helped along by competition in other industries that will drive down costs and enable companies to deliver technologies that operate faster, more efficiently, and at a lower price. “By its very nature, mobile means you’re connected and part of the network, so what does that mean for a young start up?” asked Briefs. “It means we can deliver more information, very quickly, streaming in real-time 24/7, and we’re providing more valuable information.”
However, considering the reality that mHealth and consumerized medical devices are still in that early phase of development, companies like Medtronic are taking a disease need-based approach rather than a technology-push approach, mainly due to the severity of diseases that the company’s technologies address. “Rather than coming at it from the technology side, we tried to ask how we [can] bring technology to bear in a way that consumers can actually do something with that information,” said Kenneth Riff, MD, vice president of strategy and patient data management at Medtronic. “From a Medtronic perspective, I think we’re a little less enamored with the technology and little more focused on what problems we’re trying to solve.”
Riff said the explosion of sophisticated mobile technology and its convergence into healthcare reminded him of trying to put wings on a Conestoga wagon. “You’ve got a system that was never designed for this kind of technology, this kind of access, [and] the movement of information data decision-making out of the traditional healthcare environment into the [home] environment,” he said.
Regardless of the hurdles that stand in the way of consumerized medical devices, there’s no denying that it is the way of the future. “The industry expects everybody in the world to have at least six connected devices by 2020. That’s the speed at which things are going,” said Donald Jones, vice president of global strategy and market development at Qualcomm. “The ones that will occur in volume are going to be things that are simple, inexpensive, and add value to the question of what you do next.”
AliveCor’s iPhone ECG is perhaps the most concrete example of the revolution that is underway via the marriage between a consumer product and medical technology.
And there is much more to come. Jones predicts disruptive technologies in the diabetes space. “The laboratory result is actually going to end up free. The medical device will be given away,” he said. “Instead, the device you’ll have, which is now connected, is a store. And the store is where you buy supplies, food, and drugs. It’s a convenience factor and I already see it happening. I’ve already seen the business plan, and I’m confident that this is the road we’re going to see. The strip model as we know it in the blood glucose space is going to go into an avenue where it’s Google-like. It’s about managing the population and relationships with diabetics and trying to sell them as much other stuff as you possibly can.”
Patient compliance has always been an issue, and it is critical that consumer-driven medical technologies change patient behavior. That will ultimately drive their success. “The vast majority of diseases that are affecting people and costing a lot of money in developed markets are lifestyle diseases,” said Riff. “By 2020, Medicare expects over 70% of patients to have four chronic comorbidities. The current system will collapse from trying to take care of that.”
Maria Fontanazza is managing editor of MD+DI. Follow her on Twitter: @MariaFontanazza.
0 comments
Hide comments
Related