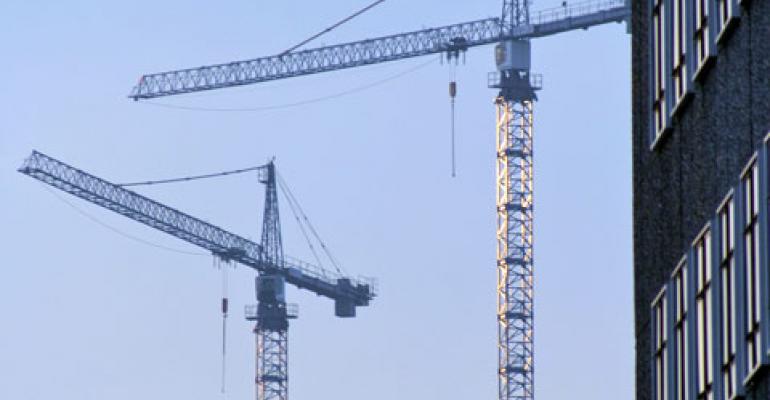 Jim Dickinson Things continue to go from bad to worse at FDA’s Center for Devices and Radiological Health (CDRH) — so much so that I and others have reluctantly become convinced that its present management team is incapable of doing anything about it. Nothing less than a top-to-bottom rebuild will work at FDA’s most dysfunctional, culturally toxic Center.

Things continue to go from bad to worse at FDA’s Center for Devices and Radiological Health (CDRH) — so much so that I and others have reluctantly become convinced that its present management team is incapable of doing anything about it. Nothing less than a top-to-bottom rebuild will work at FDA’s most dysfunctional, culturally toxic Center.

Exhibit A is the Center’s virtual occupation by its parent Department of Health and Human Services (HHS), something you won’t see publicly acknowledged either by FDA or by HHS. It takes the nonpublic form of routine, day-to-day second-guessing of key management decisions in a new process that is unprecedented.

Previous administrations had let FDA—of which CDRH is merely a subordinate component—pretty much run itself. If any Center needed special high-level management reconstruction, that was accomplished in-house by the Office of the Commissioner. HHS might have been informed as an unrequired courtesy, but HHS didn’t directly step in itself.

All that changed in the closing months of the second Bush administration, when CDRH fell into public scandal over renegade Office of Device Evaluation reviewer allegations that they had been over-ruled by management in their scientific product evaluations and recommendations. These allegations implicated Bush’s commissioner, Andrew von Eschenbach, and CDRH director Dan Schultz, each of whom was accused of yielding to congressional pressure exerted on behalf of medical device companies unhappy with review decisions.

Since then, the virtual occupation by HHS of the Center that punitively and without accountability bankrupted TMJ Implants Inc.—and who knows how many other less talkative small device makers?—has proceeded apace, slipping past the formerly protective Office of the FDA Commissioner.

This was most visibly seen in February when HHS secretary Kathleen Sebelius was grilled by Senator Chuck Grassley (R-IA) during a Senate Finance Committee hearing about FDA’s clandestine monitoring of the renegade reviewers’ personal e-mails with members of Congress and the Office of Special Counsel. The administration’s primary driver of Obamacare, Sebelius was recently called Obama’s “Nurse Ratched” (after the screen villain in 1975’s “One Flew Over the Cuckoo’s Nest”) by Crossroads Ventures’ Robert M. Goldberg.

Grassley’s questioning usually is intended to catch its subject off-guard, but Sebelius was far from surprised. Although the hearing’s focus was HHS’s next budget, she was remarkably familiar with the unrelated minutiae of FDA’s internal affairs — much more so than any of her predecessors, who would have tried to defer such off-topic questions to FDA.

That Sebelius is on top of what’s been going wrong at CDRH, bypassing FDA Commissioner Margaret Hamburg, had earlier been strongly hinted at (nothing in this agency is clearly out in the open) in the long-suffering dental amalgam safety controversy.

On several occasions last year, notably at CDRH-sponsored public “town hall” meetings in San Francisco and Orlando, director Jeffrey Shuren made so bold as to promise a decision on amalgam’s safety by December 31. Several long-unanswered petitions are pending to have the Center reconsider its controversial amalgam-is-safe Class II final rule from August 2009.

But that target date came and went with no decision being announced. Why not? I asked FDA’s press office while others more directly involved asked Shuren’s office. Everyone got essentially the same non-answer: FDA is continuing to review the matter.

Two months later, in February mid February, I decided to ask for status report. Press officer Morgan Liscinski: “There is no new information to provide since I spoke with you on January 4, 2012. The FDA is continuing to review and evaluate the safety of amalgam and will let the public know if there are any changes to our current recommendations.” I pressed my point: What had happened to the December 31 deadline Shuren had given himself? Under what statute or regulation do you not answer the question? No answer at all this time!

Something big had changed in Shuren’s life since his most-recent public promise of a decision by year’s end, made on September 22 in San Francisco. What was it?

Twenty-three days before his self-imposed year-end target date for an amalgam safety decision, the power-hungry Sebelius came forward with her precedent-setting, ostensibly unrelated public over-ride of FDA’s decision to let the morning-after contraceptive pill be sold to anyone over the counter.

This came in the footsteps of subterranean reports and rumors about steadily increasing HHS meddling in FDA internal affairs. And it must be acknowledged that most of FDA’s enabling statutes give all of its powers to “the secretary” who in turn delegates them at will to the agency. Clearly, incumbent Sebelius isn’t shy to take them back at any time, at least covertly.

If Shuren had been confident enough on September 22 to publicly name the date of his decision and on January 4 not confident enough to explain four days after his failure to do so, what happened in the interval?

Two theories have been informally advanced. One is that HHS, emboldened by Sebelius’ Plan B over-ride, suddenly decided to meddle in Shuren’s incubating amalgam safety decision, thereby putting it into an unpredictable timeframe. The second theory is that Shuren had already sent his independent decision to Sebelius, who decided to sit on it indefinitely. In either case, the truth could not be told to anybody, for political reasons.

Much could be at stake for the Obama Administration. The American Dental Association (ADA), with more than 156,000 members throughout the nation, is strongly in favor of keeping mercury-laced dental amalgam and it publicly minimizes the neurotoxin’s risks on its Web site. One of its reputed members, CDRH Dental Products Branch chief Susan Runner, is believed to have been a principal author of the rule putting amalgam in Class II. She declined to be interviewed or to answer written questions about this after the rule’s publication.

Although no accurate data exist, Consumers for Dental Choice national counsel Charles Brown estimates that only a rapidly shrinking one-third of ADA’s members still use mercury-laced amalgam. That’s about 32,000 dentists who could face professional malpractice and product liability litigation if FDA were to reverse itself — as it has been petitioned to do — and find amalgam unsafe. None of those 32,000 could credibly claim no knowledge of amalgam’s potential to cause severe numerous patient harms, including multiple sclerosis and even Alzheimer’s Disease — FDA’s battle to keep amalgam on the market has been going on for more than 30 years.

A tsunami of lawsuits against 32,000 dentists across the country in this election year, all mentioning FDA’s complicity, would be a hot political potato indeed — something Sebelius and Shuren undoubtedly know.

If CDRH has lost the confidence of HHS to the extent that it must be virtually occupied by HHS under, through and around the FDA commissioner, the time is past for a complete, top-to-bottom remake.