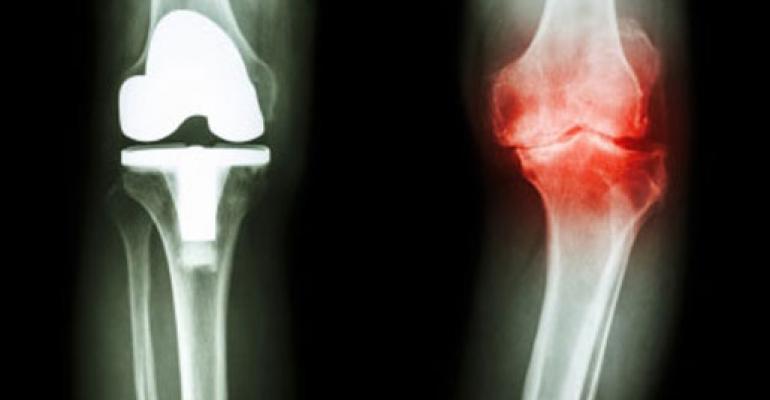 CMS’s move toward bundled payments for hip and knee replacements will cause hospitals to turn a key eye to the cost of devices used in those procedures.

When Medicare proposed in July that hospitals in 75 metro areas would have to accept “bundled” payments for hip and knee replacement surgeries and follow-up treatment, some interested parties saw it coming.

“Hospitals have been knowing that this is coming for some time, and that’s why they’ve been absorbing so many physician practices,” says Edward Black, president of Reimbursement Strategies LLC, a reimbursement, pay relations, and health economics consultant based in St. Paul, MN. (Hear Black speak on a panel discussing "Strategies to Win in the Reimbursement Jungle" at the upcoming MEDevice San Diego conference and expo on September 2, 2015)

What they found surprising—but shouldn’t have—were the timing and scope of the proposal by CMS, says Geoff Walton, vice president of alignment, strategy, and reform at Stryker Performance Solutions, a unit of the Kalamazoo, MI-based device maker that partners with healthcare providers to help improve outcomes, patient satisfaction, and profitability.

CMS will accept comments until September 8, 2015, in hopes of starting the program January 1, 2016.
“Medicare has been broadcasting its move in this direction for a while now and has continued to set specific timelines and goals with moving payments towards value-based programs for the future,” Walton writes in an e-mail.

Hospitals already operate on slim margins. Those that have been slow to prepare for a bundled payment model are going to really scramble to stay competitive in the program and not lose too much money, Black says. They may look more carefully at the types of prosthetics they buy. Device manufacturers will have to think of how their device fits within that longer episode of care.

“It may make them a little more cautious in terms of design and use of materials, staying with those designs that have proven to be effective,” Black adds. “If they’re customizing devices for individual patients, there will be more pressure on price. Even though they may fit better, they’re going to be a lot more expensive.”

The proposed rule does not specify whether devices must be off-the-shelf or could be custom-designed for patients. It is the provider’s choice as to what type of implant to use, a Medicare spokesperson says.

Stryker started preparing for mandatory bundled payments for its artificial hips and knees by acquiring companies that were in the business of managing and tracking healthcare quality and costs—physician-owned Marshall Steele & Associates in 2011, Comprehensive Care Solutions, which Walton cofounded, in 2012.

Stryker Performance Solutions has also been working with CMS’s voluntary, two-year-old Bundled Payments for Care Improvement (BPCI) initiative, so it should be well prepared to help the acute-care hospitals, physician groups, and physical therapy practices that would have to comply with the rule, Walton adds.

The proposed rule represents “a significant change in the delivery model” for customers of the recently merged Zimmer Biomet, according to company spokesperson Monica Kendrick. Zimmer Biomet sees mandatory bundled care as the next logical step following BPCI and a way for Medicare to meet its goal of converting half of its fee-for-service reimbursements to alternative payment models by 2018. The proposed rule would expire Dec. 31, 2020.

“We have been preparing for these payment models and adapting our business accordingly to them for some time,” Kendrick writes in an e-mail.

Requiring hospitals from Akron, OH, to Wichita, KS, including major metropolises like New York and San Francisco, to participate rather than waiting for them to opt in indicated an apparent last straw for CMS. In the proposed rule, it referred to “hospitals that may not otherwise participate in such a test.”

CMS is looking for lots of data with which to evaluate this payment model for hip and knee replacements. In 2013, 400,000 such procedures cost Medicare more than $7 billion just for hospitalization. While some incentives exist for hospitals to avoid post-surgery complications that can result in pain, readmissions, or protracted rehabilitative care, the quality and cost of care for these surgeries still vary greatly among providers.

This test will expose many of those disparities and drive providers toward a more consistent quality outcome, Black predicts.

“I can’t help but believe that when you get a hospital, their care management group, independent physicians, and anesthesiologists working together, looking at the same objectives, you will get a better outcome,” he says.