HomeNewsAhead of His Time: Part III
Recent
Beyond Death Valley: Medtech Veteran Breathes New Life into HIFU Company
Sep 28, 2021
A New Medtech IPO Could Be on the Way
Sep 27, 2021
The European Commission Isn’t Happy with Illumina
Sep 27, 2021
Medtech in a Minute: Axonics Refuses to Be Intimidated By Medtronic, and More
Sep 27, 2021

Ahead of His Time: Part III

PAGE 3 OF 3 New Opportunities Amidst all of the hoopla, Albert received multiple offers for funding from venture firms who had caught wind of the iPhone ECG from Albert’s viral video. “The company that had turned us down also came here and begged, they asked, could we execute the agreement?” Albert says. “To which we said, are you freakin’ kidding me?” Today, more than 160 companies and distributors from around the world contact Albert expressing interesting in the technology. And 10s of thousands of people wanted to buy one. 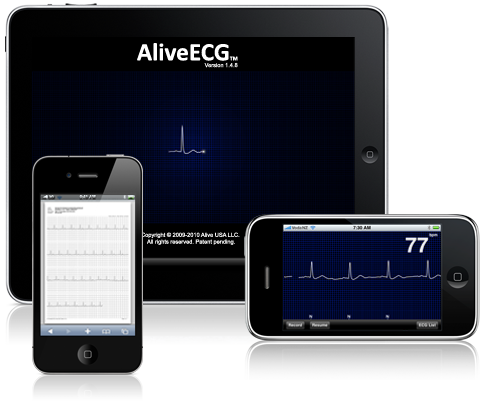 Amidst all of the hoopla, Albert received multiple offers for funding from venture firms who had caught wind of the iPhone ECG from Albert’s viral video. “The company that had turned us down also came here and begged, they asked, could we execute the agreement?” Albert says. “To which we said, are you freakin’ kidding me?”

Today, more than 160 companies and distributors from around the world contact Albert expressing interesting in the technology. And 10s of thousands of people wanted to buy one.

“So that became an odyssey. Because this was just a hobby—it was not planned to be a product, let alone a company!”

Soon thereafter, Satchwell had set up a website for the product. “It was very crude but at least you could register your e-mail.” he said. “We’ve since had thousands of registrations.”

With the goal of raising cash for their fledgling business, the AliveCor founders set off looking for funding. “And raising money is always an issue. Especially in a completely new product area,” he says. “The first thing every venture guy asked me was ‘what is your reimbursement strategy?’ And I tell them, ‘um, your wallet. You are going to buy it. It is going to cost you $99 in the Apple store. Or AT&T, Verizon, or Sprint, or Best Buy.’”

“Will anybody do that?” the venture guys typically ask.

“And I say, ‘well, we are going to find out.’” Albert says. “But people have done surveys. Actually, IBM had gone out and done a big survey that found if it costs less than $100, people will consider buying a new health-monitoring product,” he says.

There are a number of mHealth devices out there that fit that price structure. “There is the Zeo, and the Lark, and FitBit, and all of these things, and they all try to be at $99.” In contrast to those products, however, Albert’s device is a medical product. “Those are kind of fitness or health devices.”

The two clinical studies performed on the iPhone ECG have resulted in three abstracts, one of which was submitted to American Cardiology and two were submitted to the Heart Rhythm Society.

“We compared it to state-of-the-art GE 12-lead ECG machines,” he said, “and we have phenomenal data. And this is as good a single lead ECG as has ever been built,” he says. “It’s absolutely better than the event recorders that people have made in the past,” he says. “And it’s an order of magnitude cheaper.”

Albert is filing two 510(k)s for the device. “One of them will be prescriptive—for physicians. The other will be for consumers,” Albert says. “What is unique about our product is that this product it is just as useful in the hands of a physician as it is in the hands of a patient.”

The AliveCor team has finished three clinical trials and is is filing two 510(k)s. The company expects the CE Mark to be granted for the device in early 2012.

In addition, in February 2011, the Alivecor team discovered that FDA had come up with a brand new category, which is why they are filing a second 510(k). The FDA category specifies a single lead over-the-counter ECG. “It’s a brand new category. And they talk about a battery-powered plastic case. Metal electrodes. Liquid crystal display,” Albert says. “I think they made it for me.”

Eric Topol, MD, chief academic officer at Scripps Health, used the device to diagnose a myocardial infarction while on a plane. In November 2011, he was on a plane flying from Dulles to San Diego. About 30 minutes into the flight, the flight crew asked over the intercom whether there were any physicians on board. A passenger was having chest pain and was sweating. Topol put his iPhone ECG on the guy’s chest. “And he had the absolute diagnostic notion that he was having an acute heart attack—big time,” Albert says.

“Eric said, ‘this guy is having a heart attack. You need to land this plane.’ They actually landed the plane somewhere in the vicinity of Cincinnati,” he says. The patient had a stent implanted and survived the ordeal.

That’s just one example of the anecdotes supporting the benefits of the device that have emerged from people who have been testing the device. More objective information comes from the team’s clinical studies. The AliveCor team did studies in comparing the single lead ECG to a 12-lead ECG. “The accuracy of the data is absolutely the same,” Albert says.

Because of the high resolution of the data, the device can be used to diagnose whether a pacemaker is working. “Today, ambulatory monitors have a very difficult time with pacemakers. Because the pacing spikes become very small—2 milliseconds wide,” Albert says. “Most ambulatory recorders record at a 128 to 256 samples–per-second at 8-bit resolution. This means every 8 milliseconds. So what happens if you get one sample every 8 milliseconds? If there is a 2-millisecond pacemaker pulse, you’ll never see it.” The iPhone ECG samples at 44 KHz at 24-bit resolution, which is the same rate as CD-quality audio.

Albert is delighted to have enthusiastic support from respected people such as Leslie Saxon, Eric Topol, and Francis Collins, MD, PhD, the chief of the National Institutes of Health. Recently, Collins appeared on Indian TV demonstrating the technology. “He’s probably the premier scientist in the United States,” Albert says. “I couldn’t afford to get Francis Collins, Leslie Saxon, or Eric Topol to use, demonstrate, and essentially talk about how good our product is. So I feel very blessed.”

“Over the last 25 years, I have built more and more sophisticated medical devices and this is the simplest, smallest, and cheapest thing I have ever done. I am confident that it will have by far the biggest impact, which is satisfying, I can tell you. We have saved people’s lives with this already.”