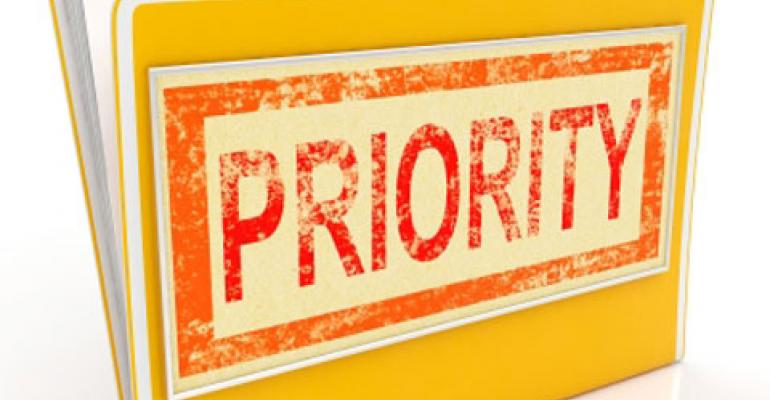 The Advanced Medical Technology Association (AdvaMed) has voiced its opinion on which topics the medtech industry believes should be FDA’s highest priorities.

In early January, FDA’s Centers for Device and Radiological Health (CDRH) released its Fiscal Year 2015 Proposed Guidance Development. This set out a prioritized list of topics for which CDRH may issue draft and final guidance documents in FY15. The topics are broken down into two lists—the A-list and the B-list. CDRH intends to publish guidance on A-list topics in FY15, while guidance on B-list topics will be published “as...resources permit.” The window for comments on the proposal closed earlier this month.

In a comment posted last week, AdvaMed sounded off on the CDRH list, giving the agency its own take on which topics are most important. This meant the trade group would like to see some of the A-list topics reshuffled according to priority, some B-list topics moved to the A-list grouping and vice versa, as well as a few new topics added.

Topping AdvaMed’s list are four topics that “are of highest priority to [AdvaMed] members:”

This prioritization is not surprising, as oversight of laboratory developed tests (LDTs) has been hotly debated for a few years and there are efforts underway to address the balance of pre- and postmarket data collection.

Many stakeholders have been unhappy with FDA’s proposed guidance on LDTs, though AdvaMedDx published a statement earlier this year in support of FDA oversight for these tests. As reported last week, executives, including the chief operating officer at Genelex, believe FDA will slow innovation if the agency is given oversight of LDTs.

Premarket and postmarket data has been a focus for industry, patients, and regulators, as some critics have blamed FDA for being too slow in getting devices to market and too slow to react to real-world adverse events with medical devices. There are efforts underway, including the public-private plan to create a National Medical Device Surveillance System, to better collect and monitor real-world data.

Beyond the topics listed by CDRH, AdvaMed says it would like to see other topics added to the high priority list:

FDA has already made progress on its list since the comment period closed earlier this month. On March 12, FDA released its finalized guidance on medical device reprocessing in the health care setting.

The agency does not get to all of the A-list topics each year. Some topics such as “Applying Human Factors and Usability Engineering to Optimize Medical Device Design” have been carried over from the FY14 priority list and made AdvaMed's FY14 high priority list as well.