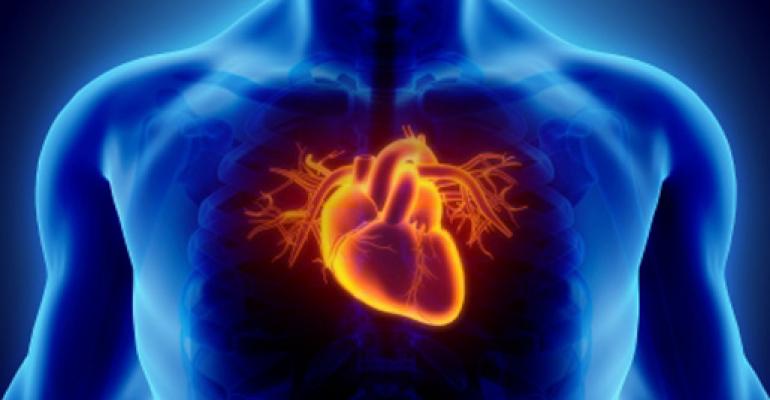 Novel acoustic technology has demonstrated high diagnostic accuracy in ruling out patients who do not have coronary artery disease.

New acoustic detection technology intended to rule out coronary artery disease has shown better than 90 percent accuracy in diagnosing patients who do not have CAD.

Two companies--one in the United States and one in Denmark--recently concluded trials which demonstrated their technologies' accuracy and expect to begin marketing their products within months.

"We're calling ourselves the radically more powerful stethoscope," Marie Johnson, founder and CEO of Northfield, MN-based Aum Cardiovascular, said. Aum (pronounced "ohm") developed the CADence System, which uses a handheld acoustic device, a Bluetooth-equipped tablet, and cloud connectivity to test for and analyze telltale turbulence undetectable by human ears in blood flow through the coronary arteries. The turbulence often signals obstructions in the arteries around which blood must flow. Kongens Lyngby, Denmark-based Acarix is on the verge of marketing similar technology in its CADScor device.

The developers believe the time is right to introduce their products in the notoriously amorphous climate around diagnosing coronary artery disease. In addition to promoting the accuracy of the technology in trials, Johnson said the principle behind acoustic detection technology also can eliminate time-consuming procedures such as nuclear stress testing and radiation exposure involved in computed tomography (CT) scoring of coronary arteries.

Johnson has personal experience in the often inadequate diagnostic environment surrounding CAD. In 2002, her husband died of a heart attack while exercising--shortly after he had taken a stress test and passed.

Johnson and Acarix CEO Søren Rysholt Christiansen hope the time savings and accuracy of their products have potential to change CAD diagnostics. Both products have been tested in trials with more than 1000 patients presenting with typical symptoms that might indicate coronary artery disease. Acarix presented the results of its trial at the American College of Cardiology 2017 Annual Scientific Meeting in Washington, D.C. in March--those results indicated CADScor rules out CAD with 97 percent negative predictive value.

"The current diagnostic pathway, which can rapidly escalate to expensive imaging and coronary angiography, is inefficient," Christiansen said in a statement announcing the trial results. "A recent Danish study showed that more than 90 percent of patients presenting with chest pain symptoms to their general practitioner do not have CAD. If adopted, the CADScor System can provide rapid front line assessment which could translate into a potential reduction in patient referrals by approximately 50 percent. That is a win-win for patients, payers, and physicians."

CADScor has already received its CE Mark approval, and is expected to launch commercially this year. The company has said early marketing emphasis will be in Germany, Sweden, Denmark, and the United Kingdom.

Finding a Spot in the Equation

Cost- and time-effective acoustic detection technology could find a place in the treatment equation for detecting CAD. While primary care physicians often still rely on prescribing statins for patients at moderate risk of developing CAD, recent research is casting doubt on some of the clinical shibboleths that guide treatment. For example, in 2016 Kaiser Permanente researchers discovered the widely used risk calculator from the American College of Cardiology and the American Heart Association significantly overstated a patient's true cardiac risk. These results bear consideration as cardiologists expand the practice of "de-risking," or more definitively testing patients who are borderline candidates for statin therapy, but who are hesitant to embark on such treatment.

Costs for scans range from below $100 to more than $300 for calcium scoring CT tests, while angiography costs range from $500 to $1000, according to CostHelper Health.

Carl Lavie, Jr., a cardiologist at Ochsner Health System in New Orleans, said he would be interested in using new technology that can provide cost-effective analysis. Lavie, who is a leading researcher in the role of cardiovascular fitness in assessing heart health, said calcium scoring tests at Ochsner are not expensive--about $125--but are not usually covered by insurers, which may discourage consumers from using them.

"Insurers are concerned this will lead to more stress tests and angiograms and revascularizations, which does not need to be the case, but historically probably is true over the past 10-plus years," Lavie said. "If it is as good or close to current technology and can be done without radiation and quickly, at similar or lower cost, I would use it."