3 Takeaways from the Annual Meeting of AAOS 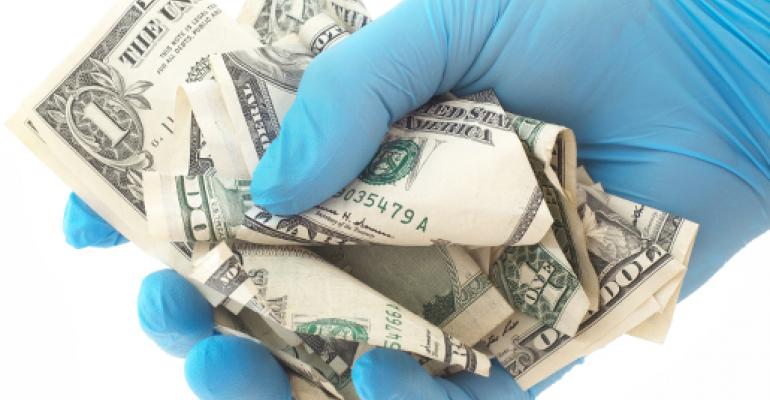 How is bundled payment in joint replacement going to affect device makers? At the annual meeting of the American Academy of Orthopaedic Surgeons, some conclusions could be reached.

A sea change is occurring in the way joint replacement surgery is performed and reimbursed in the U.S. On April 1, the Comprehensive Care for Joint Replacement Model that by which the Centers for Medicare and Medicaid Services will pay hospitals in 67 metropolitan statistical areas a fixed amount for the entire episode of joint replacement that stretches from 72 hours prior to surgery through 90 days after the procedure.

After attending the annual meeting of the American Academy of Orthopedic Surgeons, where the topic was discussed thoroughly, these three conclusions can be safely made about what the future holds.

New Kind of Innovation Will be Rewarded

In the medical device world overall, and in the orthopedics world in particular, there was one simple definition of innovation -- launch a newer version of an existing product with more bells and whistles and charging a premium for it. In an exclusive interview with MD+DI at AAOS, Stryker CEO Kevin Lobo said those days are now over. He recalled that in October 2012 as part of an interview at the Cleveland Clinic he was asked when the company's new knee was going to be launched.

"I said I don't even have one in development" Lobo said. "There were 600 people in the audience that gasped -- literally gasped -- when I said that."

But that didn't mean that Stryker would stop innovating. In fact, that move away from the conventional definition of innovation led the Kalamazoo, MI, device maker to focus instead on improving the procedure of joint replacement and led to the acquisition of the Mako surgical system, the robotic platform that can now implant Stryker-made hips and knees.

"We decided to innovate on the procedure of joint replacement and not the product," Lobo said.

Meanwhile, surgeons and hospitals are looking at process innovations and not necessarily product innovations.

For instance, can deviec makers partners with surgeons and hospitals to reduce the number of trays opened for a knee replacement. said Dr. Thomas Barber, an orthopedic surgeon based in Oakland, CA.

"Instead of 10 trays, can we do 2 trays," he said noting that the reduction may be achieved by a change in packaging.

"I think that prosthetic/implant companies that are able to work with hospitals and physicians and partner with them to improve the care and improve the utilization of resources at the same time are the ones that are really going to profit from this," said  "There will be more partnering with companies to look at ways to improve efficiency and productivity in the operating room to be able to do higher volumes in a shorter time and in a  safe manner."

Those who were worried that a bundled payment system would necessarily drive hospitals to ask for further price cuts from implant makers, can rest easy.

The general consensus is that hospitals will be more focused on reducing costs following the implant procedure in the hospital and will instead look at cutting costs in the recovery period.

"The way it's set up the only place that the cost savings can come from is post-acute care, so it's after hospital discharge," Barber said.

While hospitals may push device makers to reduce cost to give themselves a cushion should their costs to treat joint replacements is higher than the reimbursement target price set by CMS' bundle, it's not going to be significant.

Barber, however, noted that hospitals and payers are now negotiating commercial models modeled after CMS' bundle that may very well include a desire to cut implant prices and reduce length of stay in the hospital.

One surgeon presenter at AAOS explained that in many cases these facilities order unneccearry diagnostic tests such as ultrasound or X-Ray that increase costs after hospital discharge. Bryan Springer, an orthopedic surgeon with OrthoCarolina, an academic orthopedics practice serving North Carolina and the Southeast said the group has been able to cut the number of skilled nursing facilities it works with to just 36 from 434 last year.

Device makers that sell supplies and equipment to such facilities need to pay heed to this new emerging economic reality when it comes to skilled nursing facilities, especially if their patient population is weighted heavily toward joint replacement patients.