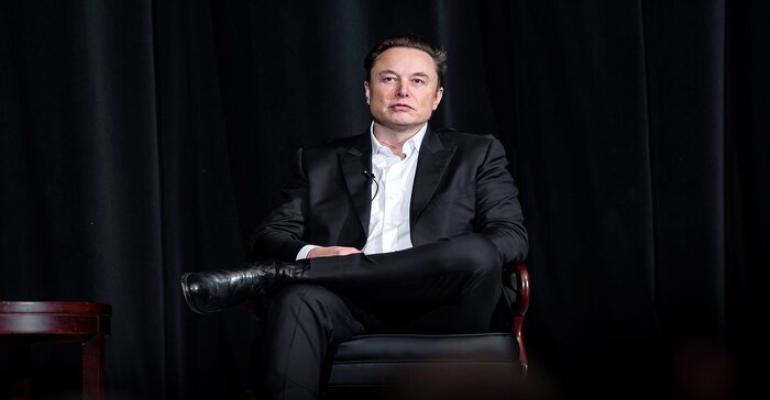 NeuraLink, Elon Musk’s venture into medical device industry, yesterday shared updates to its brain implant technology during a “show and tell” event, claiming that the device is about six months away from its first human trial. Musk stated during the presentation that the company had submitted most of the paperwork needed for a human clinical trial to the FDA. Previously, however, the Tesla and new-Twitter owner had also hoped for human trials to begin in both 2020 and 2022. Now, it seems that reality has moved to at least 2023.

The Neuralink device is small with flexible “threads” that can be inserted into the brain. In about 15 minutes, 64 of these tiny “threads” can be implanted into the brain using a robotic system, according to DJ Seo, vice president of implant and co-founder of Neurolink. He used a mannequin during the presentation to demonstrate how the process might work.

“Imagine taking a hair from your head and sticking it into jello covered by saran wrap, doing that to a precise depth and precision, and doing that 64 times in a reasonable amount of time,” said Christine Odabashian, the leader of Neuralink’s hardware insertion team.

Company researchers highlighted that they were developing treatments that could either help improve or restore vision, or restore movement in individuals experiencing paralysis. Additionally, they noted that the company wants to make sure the device can be easily upgraded.

Currently, no Neuralink devices have been tested on humans or approved by the FDA. However, the technology has seen its fair share of animal testing and has come under fire from the Physician’s Committee for Responsible Medicine after concerning reports of alleged mistreatment of monkeys. The committee initially filed a state lawsuit and federal complaint against the University of California, Davis, for violations of the federal Animal Welfare Act related to “invasive and deadly brain experiments” conducted on 23 monkeys. UC Davis received more than $1.4 million from Neuralink to carry out device experiments, according to the complaint. Neuralink experiments have also been conducted on pigs.

At the time, the physicians committee cited documents obtained in 2021 through a public records lawsuit. The complaint alleged that most off the animals had portions of their skulls removed to implant electrodes in their brains as part of Neuralink's development of a brain-computer interface. The group also filed a second public records lawsuit in Yolo County Superior Court in an effort to obtain videos and photographs of the monkeys. It seems the committee is still trying to obtain further information on the experiments. On Wednesday after the “show and tell” they called on Musk to release details on monkey experiments that had resulted in internal bleeding, paralysis, chronic infections, seizures, declining psychological health, and death.

At the time of the initial reporting in July 2022, UC Davis said, in a statement to MD+DI, that its research protocols were thoroughly reviewed and approved by the campus Institutional Animal Care and Use Committee.

"We strive to provide the best possible care to animals in our charge. Animal research is strictly regulated, and UC Davis follows all applicable laws and regulations including those of the US Department of Agriculture, which makes regular inspections, and the NIH Office of Laboratory Animal Welfare. The UC Davis animal care program, including the California National Primate Research Center (CNPRC), is accredited by AAALAC International, a nonprofit organization," UC Davis said in the statement.

The “show and tell” included videos of some of experimentation animals. One video showed a monkey helping “type’ the phrase “welcome to show and tell” using their implant by focusing on lighted words and letters. Other footage shows how monkeys were trained to charge the devices by sitting under a wireless charger. A video of a pig on a treadmill was also shown during the presentation because, Neuralink said, it was helping them study how to address mobility issues in people in the future.

While the presentation was full of Musk’s lofty ambitions, as it stands, experts are recommending skepticism. Talking to CNBC, Xing Chen, assistant professor in the Department of Ophthalmology at the University of Pittsburgh School of medicine, said, “Neuralink is a company [that] doesn’t have to answer to shareholders. I don’t know how much oversight is involved, but I think it’s very important for the public to always keep in mind that before anything has been approved by the FDA, or any governmental regulatory body, all claims need to be very, very skeptically examined.”

Assistant professor of medical ethics and health policy at the Perelman School of Medicine at the University of Pennsylvania, Anna Wexler, also talking to CNBC, said its risky to encourage people with serious disabilities to have hope for a device when it has not yet undergone extensive clinical trials and FDA regulatory acceptance, especially if injury could happen as the device is being implanted.

“From an ethical perspective, I think that hype is very concerning,” she said. “Space or Twitter, that’s one thing, but when you come into the medical context, the stakes are higher.”

Neuralink, however, is not the only company in the BCI space, or even the company guiding the pack to FDA approval. Synchron received FDA approval in 2021 to begin a clinical trial for a pertinently implanted BCI and, in July 2022, performed the historic procedure at Mount Sinai Health System in New York. Additionally, the company reported positive long-term safety results in four patients out to 12-months in the SWITCH trial conducted in Australia. Blackrock Neurotech is also on track to bring the first commercially available BCI to market in 2023 and Paradromics is set to begin its in-human trial in 2023.