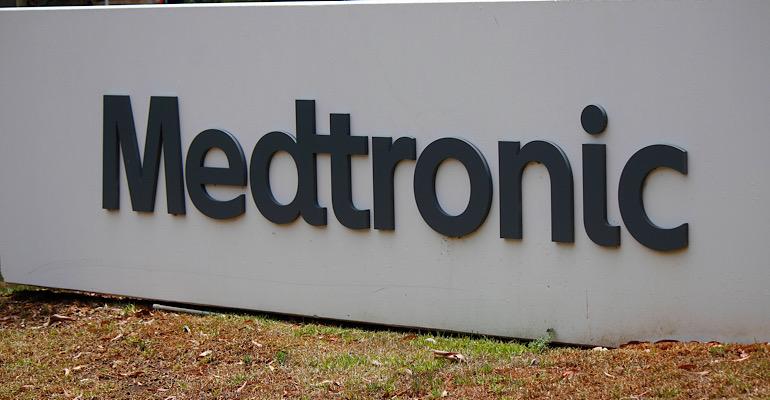 The Dublin-based company will enroll up to 130 patients in 30 sites as part of the TITAN 2 pivotal study.

Medtronic announced the first implants of its neuromodulation technology to treat people suffering from overactive bladder (OAB). The implants were part of TITAN 2, a pivotal study aimed at evaluating the safety and efficacy of the Dublin-based company’s implantable tibial neuromodulation device.

Up to 130 patients from up to 30 sites across the U.S. will be enrolled in TITAN 2. The primary endpoint for the study is six months and patients will be followed for two years.

The pivotal study follows closely behind TITAN 1, a feasibility study launched in April 2021. Medtronic said once TITAN 2 was completed that it would prepare its submission to FDA for approval.

Medtronic’s device stimulates the posterior tibial nerve near the ankle, transmitting electrical impulses that regulate the neural activity of the bladder.

"Medtronic's decades of experience with implantable neuromodulation, existing proprietary technology platforms and the proven effectiveness of our PTNM therapy uniquely positions us to bring implantable TNM to the market. We're confident this new option will truly meet the needs of physicians and patients," said Mira Sahney, president of the Pelvic Health business, which is part of the Neuroscience Portfolio at Medtronic.

Medtronic has pioneered and been at the forefront of the sacral neuromodulation market for more than 20 years. It was a clear path for Medtronic until Axonics won a nod from FDA for a rechargeable SNM device in 2019. This move set off various legal battles between the two companies over the past few years.

BlueWind Medical is one of the newest players to try and establish itself in the OAB market. The Herzliya, Israel-based company  - with U.S. headquarters in Park City, UT – is developing a device small enough to be implanted in the ankle that is powered by a wearable, rather than an implantable pacemaker-like device.