Image of i-STAT-Alinity courtesy of Abbott 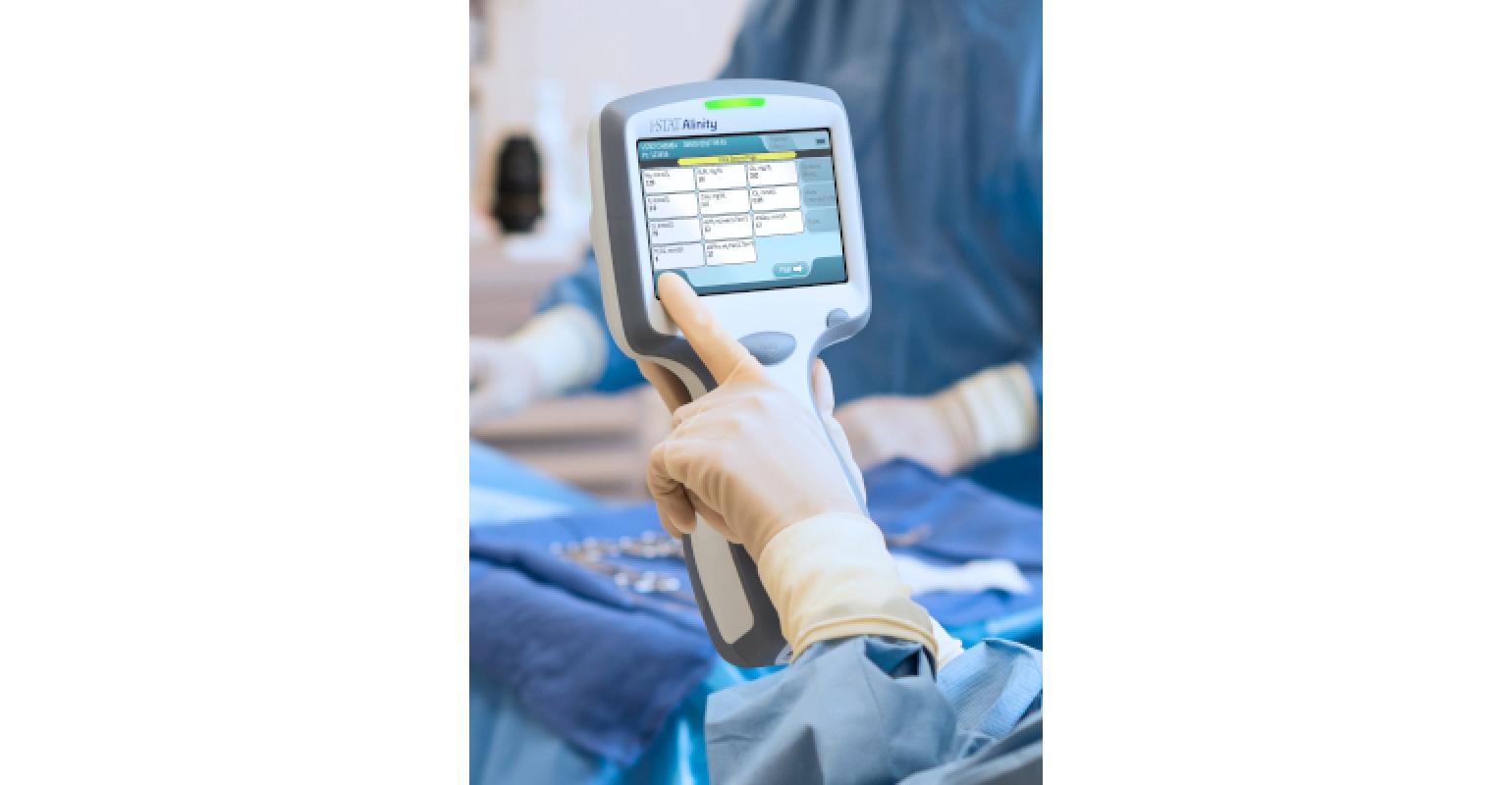 Abbott's vision is that 'every sporting event, urgent care clinic, ambulance, and school' will have on hand the blood test system for traumatic brain injury.

The U.S. FDA’s January approval of Abbott’s hand-held blood plasma test for mild traumatic brain injury is “an important first step” in enabling quick quantified analysis of suspected concussions without waiting for imaging to be done and read—and also a vital exemplar of a public/private research and development TBI ecosystem that has matured and coalesced in the past decade.

"Healthcare providers have been waiting for a blood test for the brain and now we have one," Beth McQuiston, M.D., medical director for Abbott's diagnostics business, said in a company statement following the FDA’s 510(k) approval. "You can't treat what you don't know and now physicians will be equipped with critical, objective information that will help them provide the best care possible, allowing patients to take steps to recover, prevent reinjury and get back to doing the things they care about most."

McQuiston later told MD+DI that the technology, which tests blood plasma that has been extracted via centrifuge from a patient’s blood sample and is subsequently read on the company’s i-STAT Alinity platform, represents “an important first step” in patient care.

“We are continuing to explore additional offerings and claims,” McQuiston said in an email. “Our vision for the future is that every sporting event, urgent care clinic, ambulance, and school will have one of these handheld tests readily available to get a quick answer to determine if someone might have suffered a brain injury.”

Abbott developed the test in collaboration with the U.S. Department of Defense; the partnership, which was announced in 2014, is just one of numerous initiatives by the neurological research community tackling TBI. That community is now making significant progress, according to Jessica Gill, Ph.D., acting scientific director of the National Institutes of Health’s National Institute of Nursing Research.

Gill, whose research has focused on TBI for the past eight years, said when she began investigating the field, most research was done on small cohorts involving moderate or severe TBI. The data that researchers needed to advance diagnosis of mild concussion, she said, “just wasn’t adding up,” but the research community moved swiftly to fill the gap. About the time she began studying TBI in earnest, Gill said national TBI research consortia, notably the TRACK-TBI study coordinated by the University of California-San Francisco, and the NCAA-DoD Concussion Assessment, Research and Education (CARE) Consortium, launched.

“That gave us the ability to get thousands of samples, and look at individual variations,” Gill said. “The large studies showed consistency in TBI markers.”

‘Right protein at the right time’

Gill said the data coming out of the research consortia indicated GFAP and UCH-L1 were consistently present in mild TBI: “We haven’t published anything that says you can’t diagnose TBI or mild concussion using those markers,” she said.

She and her colleagues in the research community are now focusing on when certain proteins are present, and at what levels, at different points after a suspected TBI.

“What I always say is ‘the right protein at the right time,’” Gill said. “We don’t see all proteins in the blood at the same point in time. GFAP and UCH-L1 tend to go up and right back down. Within the first 24-48 hours after an injury, GFAP and UCH-L1 are high, then you see more of a trend more subtle elevations of neurofilament light chain (Nf-L) and tau protein. That tends to be diagnostically how we see it.”

In one of her most recently published studies, Gill and her colleagues found, for instance, that athletes who recovered within two weeks of injury had significantly higher tau levels within the first 48 hours, but even that does not tell a whole story.

“We thought tau was very brain specific, but when we did studies with athletes we found tau goes up with aerobic exercise even with no contact. So what we thought is brain specific is just an umbrella for everything else. To understand that better we are looking at different isoforms of tau. Some are good, some are bad. For example, phospho-tau makes tau really sticky in the brain and you can’t get it out, and if you have a greater ratio of phospho-tau vs total tau that could be problematic.

Gill mentioned several counterintuitive observations about TBI that have surfaced in recent research; for example, she said, military service members who have been injured in blasts who have suffered a TBI exhibit unexpected markers.

“We’re finding with blast injury that some of the markers that usually go up, go down with blast exposure,” she said. And, she said, incongruities are as present on an athletic field as on a battlefield.

“These more subtle injuries, especially when somebody is wearing a helmet, changes the way we read MRIs. So we are kind of still at the tip of the iceberg, but we’re drilling in deeper to better understand what they mean.”

Cerus Endovascular Breaks Through the Competition with New Designation
Feb 11, 2021