Could a 2.8-g Implant (or Smaller) Change Neuromodulation?

Image courtesy of The Feinstein Institutes 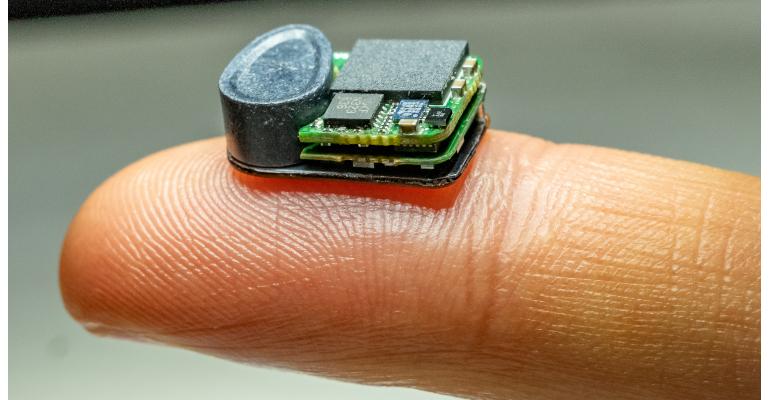 Neuromodulation devices have often been hindered by technical realities like size, battery life, or wires. A new wireless, rechargeable, open-source, and bidirectional device developed by the Feinstein Institutes for Medical Research at Northwell Health may overcome these limitations. The implantable device is planned for bioelectronic research into mitigating inflammation and pain through neuromodulation in mice, and it is made through 3-D printed or commercially accessible components.

A fully implantable wireless device opens the door for more impactful research as treatment can be evaluated over longer periods of time. “Clinical neuromodulation has been around for decades and there have been a lot of important advancements, but we have still been limited,” explained Timir Datta-Chaudhuri, PhD, assistant professor, Institute of Bioelectronic Medicine, Feinstein Institutes for Medical Research. Animal models, which typically involve mice, are particularly difficult to scale down when it comes to devices. Datta-Chaudhuri said that while virus studies, genetic research, or particularly therapeutics could help researchers “dial down the dose, devices don’t scale in the same way.”

Held Back by Wires, Technical Limitations

Electronics and batteries are often difficult to miniaturize, keeping research confined to what can be conducted in the lab. “All those studies needed to be at the bench,” said Datta-Chaudhuri, which limits treatment time. “It was a phenomenal discovery that showed we could do neurostimulation with a wired device, but those studies never went beyond a few hours.” Further advancements allowed for smaller and smaller devices and fewer impediments of the mice being tested, but it was still changing behavior, potentially causing stress to the animal, and possibly impacting results. “We wanted some way to have these mice freely run around and provide therapy for long periods of time,” he said.

The battery presented a large hurdle, in both size and method to recharge. Through resonant coupling, researchers were able to create a scaled-down battery that could be recharged wirelessly and at the same time that the mouse was near to a charger but freely moving. The device was implanted for about 3 weeks in testing, but could theoretically be implanted indefinitely in the future, said Datta-Chaudhuri. While the interface was tested with vagus nerve stimulation, it also could be connected to other nerves or parts of the body, broadening potential research applications.

Image courtesy of The Feinstein Institutes 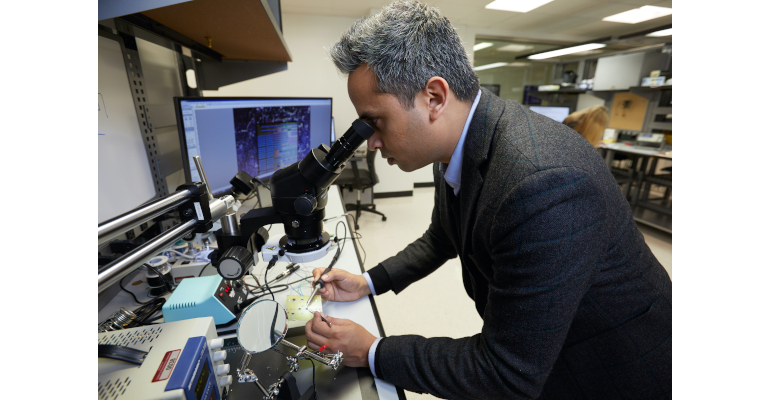 Feinstein’s device also has implications for both providing treatment and sensing biologic information. As a bidirectional interface, the device could emit neuromodulation therapy as well as gather vital signs for understanding a biological response. The sensors could potentially be configured to gather information on motion, blood pressure, heart rate, neural activity, or even blood sugar, explained Datta-Chaudhuri.

“With bidirectional devices one thing people would like to do in the future is close the loop where you start assessing how well it is working, and do we need to make any adjustments. There are three requirements for closing the loop: requirement one, can you apply therapy? Two, can you look at the effect of therapy, and three, can you make a decision on treatment?” said Datta-Chaudhuri. A bidirectional device creates therapeutic potential for monitoring treatment effect and making adjustments as needed.

The initial device studied for the paper, which has since been improved upon, weighed a scant 2.8 grams and was 2.2 cm3. In the study, 12 mice received implants that created a two-way bioelectronic interface for about 3 weeks. Batteries held 5 days of power before being wirelessly recharged. The study will be published in the March issue of Biosensors and Bioelectronics.

The team at Feinstein has developed a second-generation device about half the size of that used in the paper’s research. Like the first, the current device is developed in an open-source manner with no proprietary parts, said Datta-Chaudhuri, adding that a future version would be published online for public download.