Brace Yourself for a More Competitive Medtronic 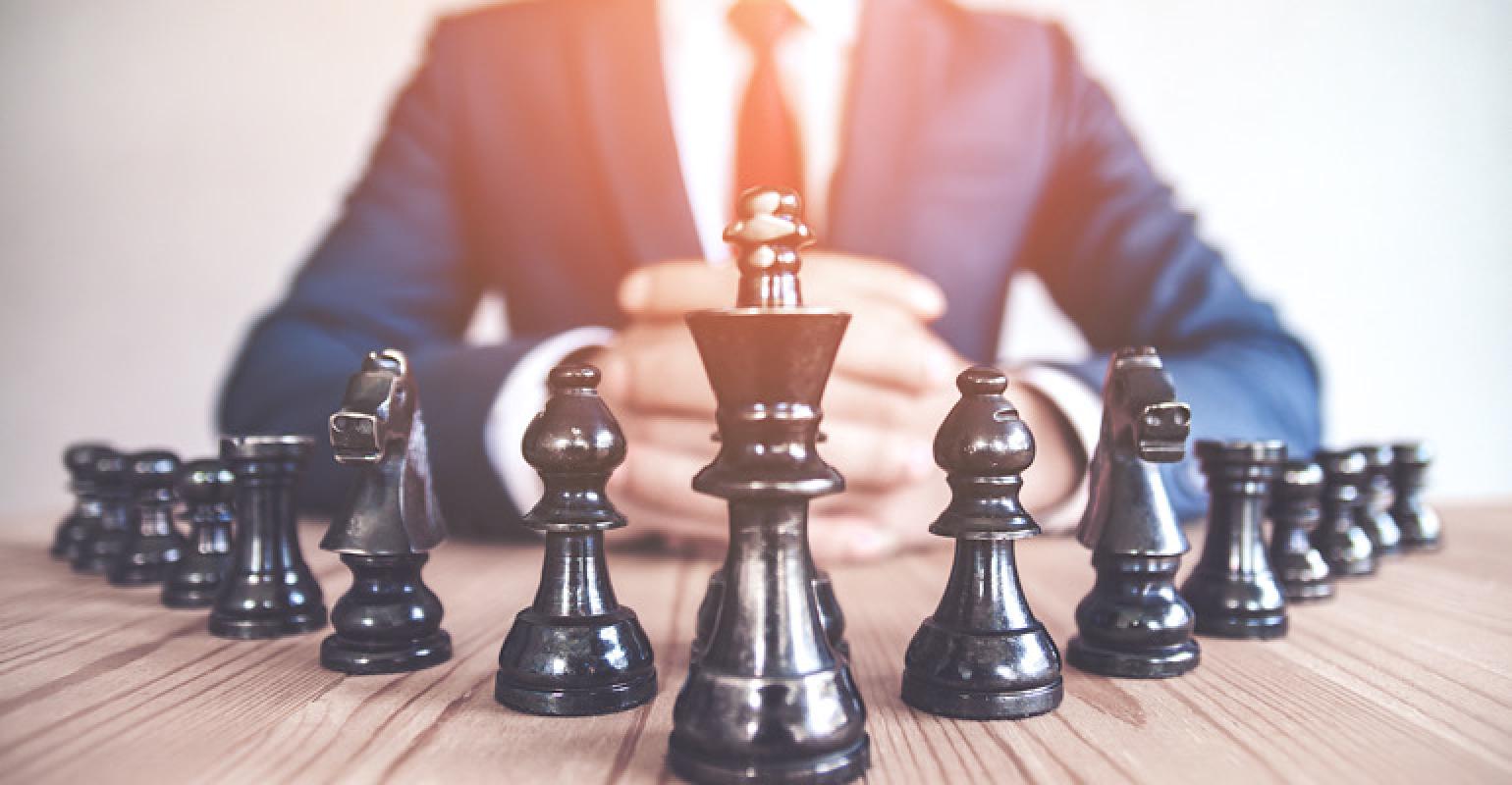 Medtronic is "finding a new gear," and becoming a more nimble and competitive organization, according to CEO Geoff Martha.

"And in the coming weeks, you're going to hear more from me on this topic, as we begin to outline the new Medtronic," Martha said this week during the company's earnings call, which covered the first quarter of Medtronic's fiscal year 2021, according to Seeking Alpha transcripts of the call.

Martha also noted that the company's pipeline is "kicking in" and the company is increasing its cadence of tuck-in acquisitions. In fact, he said, Medtronic has already had over 130 regulatory approvals this calendar year in the United States, Europe, Japan, and China.

Medtronic vows to take back share in DBS and pelvic health

While Medtronic made significant gains in several key markets during the most recent fiscal quarter, the company lost share in deep brain stimulation (DBS) and pelvic health. The company has a plan to turn that around, however.

"Percept is the first DBS to record brain signals while delivering therapy, and we expect this to drive share gains in this high growth market going forward," Martha said. "In fact, we believe this is the beginning of a multi-year run in DBS, with our directional lead launching next year, followed by a Closed-Loop DBS system. We're redefining the standard-of-care and creating a significant technology gap between us and our competitors."

As MD+DI reported earlier this month, FDA also recently approved Medtronic's Interstim Micro device for patients with bladder and bowel control issues, and Martha was not at all shy about pointing out why he thinks the new device is better than Axonics' rechargeable sacral neuromodulation (r-SNM) device.

"Our device is 50% smaller, it recharges far faster. And importantly, the recharger doesn't need to be perfectly aligned for a successful charge," Martha said. "Additionally, Medtronic is the only company to offer physician practices, the choice of recharge and recharge free. And this is very important in the neuromodulation space."

Martha said physician feedback on the InterStim Micro rechargeable product has been "universally positive" and he said there are several early indications that Medtronic is winning back share in the U.S. pelvic health market.

"In just a few weeks, we're winning back accounts and we're seeing cases where our competitor's device is being explanted and replaced by Micro. We've been waiting for this," he said. "Patients now have the ability to choose a smaller, better rechargeable product. Physician practices to prefer to deal with one company. And our team is enjoying taking back the share."

Medtronic has previously said the device is about 3 cubic centimeters (cc) compared to Axonics' device, which is about 5 cc.

Not everyone shares Medtronic's view that the Interstim Micro is a better offering than Axonics' device, however.

Mike Matson, a medtech analyst at Needham & Co. who has followed the Medtronic vs. Axonics story closely, said in a recent research note that InterStim Micro's specs "do not have any meaningful advantages" over Axonics' r-SNM system, in his view.

"Importantly, we believe that [Axonics] can sustain strong growth through a combination of further market share gains ... given a portion of the physician community that we believe is dissatisfied with [Medtronic] and market expansion given a significantly under-penetrated market," Matson said.

Axonics also has attracted the attention of MD+DI readers in the past year. Out of a whopping 2,651 readers who responded to our company of the year survey in 2019, 45.34% (1,202) voted for Axonics for medtech company of the year out of 10 finalists.

In November 2019, Medtronic slapped Axonics with a patent infringement lawsuit that is likely to take years to play out. The lawsuit originally alleged that Axonics infringed four patents related to Medtronic's sacral neuromodulation lead placement procedure and implant recharging technologies. A couple weeks later, Medtronic added three additional patent infringement claims to its complaint against Axonics. The suit was filed in the United States District Court for the Central District of California and seeks the typical remedies for patent infringement, including damages and an injunction.

In response, Axonics is contesting the validity of each patent Medtronic has accused it of infringing. The company filed seven petitions with the U.S. Patent and Trademark Office requesting an inter partes review of each of the Medtronic patents in question.

Medtronic is 'missing out' on diabetes market growth

"Look, we're missing out on the better growth of this market, and nobody at Medtronic is comfortable with this dynamic," Martha acknowledged. "And we're pushing on several fronts to advance our technology. We're actively increasing both our near and our long-term growth opportunities, through increased organic investment, innovative funding with our recently announced Blackstone partnership, and inorganic activity, highlighted by the announcement earlier this month of our pending acquisition of Companion Medical."

"But make no mistake, we are still very focused on regaining technology leadership in the pump and the sensor market," he said. "However, we're also going to meet patients where they are, and provide them with real time data guided support. We expect to build a system that combines in pen with our Smart CGM technology, including our neutrino and clue artificial intelligence algorithms. All of this designed to deliver better outcomes and reduce the burden of managing the disease for MDI patients."

Companion is just one more example of how Medtronic is going on the offensive as a company through an increased cadence of tuck-in acquisitions, Martha said.

Data and analytics are the 'next big frontier' in surgery

Martha also mentioned data and analytics as being "the next big frontier" in surgery.

"That's why we acquired the pioneering technology company, Digital Surgery, the leader in surgical artificial intelligence. We're integrating their technology into our soft tissue robotic assisted surgery system, and also intending to use their surgical video management and clinician decision support solutions beyond robotics."

Martha said Medtronic is targeting a limited launch this fall for the Touch Surgery Enterprise, which he described as "an extremely easy-to-use, surgical video capture solution, paired with a computer and connected to the cloud."

Medicrea has differentiated technology that incorporates artificial intelligence into surgical planning for spine cases, and then uses the plan to create personalized spinal implants.

"With Medicrea, Medtronic will be the first company to offer an integrated spine surgery solution that includes AI-driven surgical planning, personalized implants, and robotic-assisted surgical delivery," Martha said. "This further extends our competitive advantage in spine."

The CEO also noted during the call that the company will continue to use the strength of its balance sheet to supplement organic growth and to help drive increased and sustained revenue growth into the future.

The message from Martha and other Medtronic executives during the earnings call seemed to resonate with industry analysts.

"We expect [Medtronic] and investors to reap the benefits of a steady cadence of product introductions in the back half of FY21, and longer-term we believe these products could materially shift [Medtronic's] growth profile on a sustainable basis," Ryan Zimmerman, a medtech analyst at BTIG, noted in his report.

Needham & Co.'s Matson said in his report that he believes the fourth quarter of Medtronic's fiscal year 2020 marked the bottom for the company's growth and that its new products and balance sheet are allowing Medtronic to emerge from the pandemic stronger than its competitors.

Will Medtronic Emerge from the Pandemic Even Stronger?
May 22, 2020