Image by kalhh from Pixabay 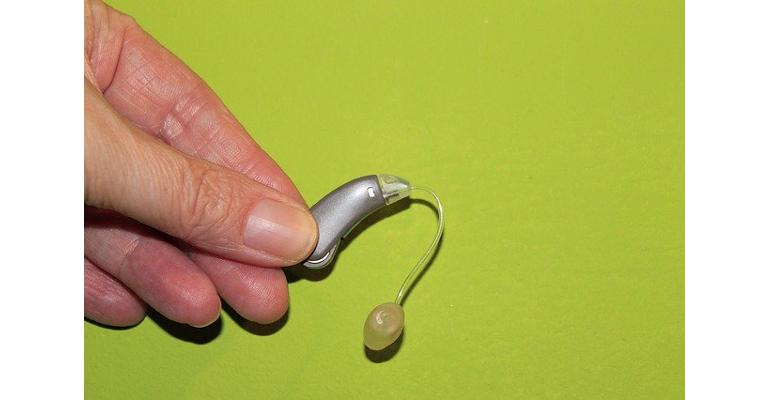 Hearing is such a vital component of safety and quality of life as so many of life's signals and warnings are audible. Loss of hearing can have a dramatic impact on sufferers. According to Johns Hopkins Medicine, 27 million Americans age 50 and older are affected by hearing loss. The Centers for Disease Control and Prevention has shared reports that 14.9 percent of children have some hearing loss. Fortunately, hearing loss is easier to correct than many of the problems it may create.

Hearing aids are simple devices with substantial benefits, but they do require protection from their environments. This article will examine Parylene conformal coatings and a new means of efficient processing.

At their core, hearing aids are designed with four basic parts: a microphone, a processor, a receiver, and a power source. The microphone picks up environmental sounds and passes them to the processor. The processor enhances the signal and delivers it to the receiver, which delivers the amplified signal to the ear canal. The power source, or battery, drives the system.

Despite their simplicity, recent hearing aids have made great leaps. Directional, omnidirectional, adaptive directional microphones, or a combination of microphone technologies are incorporated into new hearing aids so wearers can distinguish speech from background noises. With the use of digital signal processing and high computing power on tiny chips, many present-day hearing aids have bandwidths that reach 8000 Hz, and some have a high-frequency response that extends beyond 10,000 Hz.

A swipe with a cotton swab is but a tiny indicator of the environment in which hearing aids live, not to mention the rigors people put them through. Cerumen and skin oils, rain and recreational waters, and temperature changes are enemies of electronic components. In 2009, trained audiologists in São Paulo and Mato Grosso do Sul, Brazil, collected data for a cross-sectional study on technical failures of hearing aids. They found the main technical failures were with amplifiers (37.44%) and microphones (25.59%), with main causes from moisture, oxidation of components, and traumas to devices, according to Marina Morettin from University of São Paulo. Although more sophisticated with tiny microchips and miniature circuitry, today's smart hearing aid technology is equally susceptible to contaminants.

The search for means to protect hearing aids is as old as its original invention in 1898. The criterium is protection with no added weight or compromises.

Thin-film conformal coatings have become the de facto coating of choice for protecting electronics. This is doubly true for hearing aids. Thin-film conformal coatings consist of a protective polymer layer 12-25 µm thick (<20 µm typical) that conforms to a PCB's shape and components, which fits the number one criterium for hearing aids. They are made of non-conductive dielectric materials that cover all the hearing aid electronics to protect components from corrosion and shields them from spray, moisture, fungus, dust, and other contaminations—even earwax. Conformal coatings also help prevent damage from thermal and mechanical stress as well as rough handling or falls.

Of the conformal coatings, Parylene is the protective coating of choice for medical devices and personal wearable devices, including hearing aids. Parylene, also known as poly(p-xylylene), is a protective polymer formed using a chemical vapor deposition (CVD) process, which creates a moisture and dielectric thin-film barrier.

The Parylene polymer series was isolated by The University of Manchester research chemist Michael Szwarc in 1947. In the 1970s, Union Carbide Corporation scientist William Gorham developed a deposition process to apply the film, which was the catalyst to commercializing the material and process. Although Parylene has been used for decades on a wide range of products, the high price of raw materials, scalability, manufacturing integration, and device complexity were all factors limiting widespread and high-volume adoption.

Nano-conformal coatings company HZO has developed a means of combining materials, processes, equipment, and experience to offer a viable Parylene-coating option. This was achieved by removing the most critical roadblocks of the material application by designing and deploying high-throughput coating equipment and automated processing systems for efficient manufacturing. The coatings company utilizes CVD to produce uniform and conformal coatings not possible with brushed, dipped, or sprayed liquids applications.

The conformal coating process encompasses pre-production to post-production activities. After a planning stage to determine each device product's protection needs, HZO assesses the manufacturing requirements—including masking considerations—and executes on a production plan. Production occurs when units are loaded onto coating trays and placed into racks inside their custom-designed coating chambers where the coatings are applied. The large, cubed chambers hold hundreds of varying rack-loading configurations, which facilitates scaling of hundreds, thousands, or even millions of electrical components a day.

Parylene coating begins with raw material in powder form, added to a vaporizer, and sublimed from a solid to a vapor. The chemicals are then heated to a just-high-enough temperature in a pyrolyzer, which "cracks" the raw material into an activated monomer. At room temperature in the coating chamber, vapor forms a uniform, thin-film polymer barrier around the electrical components being coated. The gas can penetrate layers deep because of its vapor form, protecting areas not even visible in complex printed circuit board assemblies essential for the medical device and wearables industries.

The Parylene coating acts like a shield around the components creating an impenetrable barrier against contaminants attacking the substrates. By safeguarding electronics with Parylene coatings, hearing aids and other devices can withstand the challenges humans throw at them.

A case example of the efficacy of Parylene is AXIL, a manufacturer of hearing augmentation and protection equipment for hunters, industrial workers, and outdoor enthusiasts. AXIL hearing aids serve a dual purpose of augmenting a user's hearing to respond to critical noise cues while simultaneously protecting that same hearing from harmful loud sounds such as muzzle blasts or industrial equipment. They are essential tools for many outdoor workers and enthusiasts and must function in any environment. AXIL partnered with HZO to protect the internal circuitry of their small and rugged hearing aid devices. AXIL Performance Hearing Aids are now considered "the most versatile earbuds on the planet."