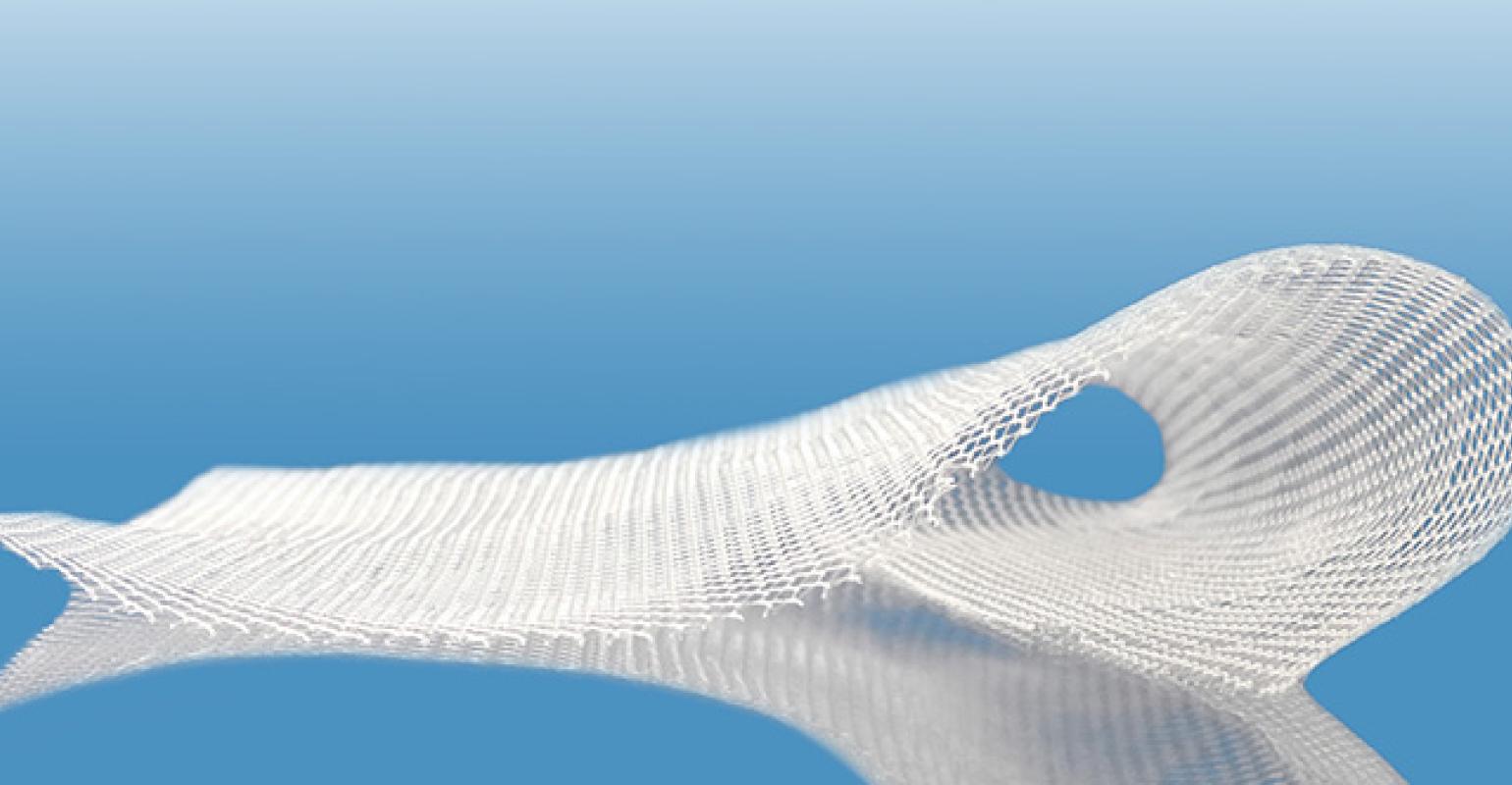 New Surgical Mesh Is 'There When You Need It, Gone When You Don't'

A startup medical device company has developed a new bioabsorbable mesh for reconstructive and cosmetic surgery that could provide an ideal "Goldilocks" solution that has been missing from the market.

That middle zone is where SIA comes in.

Chicago, IL-based SIA was originally founded in 2016 by affiliates of Northwestern University Feinberg School of Medicine and Kellogg School of Business in order to develop an alternative to certain problematic, cadaver-derived, biologic implants that are being used today. FDA recently cleared the company's first product, DuraSorb Monofilament Mesh, for temporary soft tissue support.

"DuraSorb was conceived by my clinical mentor in medical school to solve some of the problems that he saw with other mesh products both biologic and synthetic," Mlodinow told MD+DI.

"In all of these fields there are scenarios where some soft tissue support can be useful, but [surgeons] hesitate to use the meshes on the market today because they're in one of two categories, each of which has its problems," he said, referring to biologic meshes and permanent synthetic meshes.

"Permanent synthetic meshes carry longterm risk, you put them in because you need support and they will continue to provide that support, but in the long-run, years and years later, they can come back to haunt you if they get infected or create a non-healing wound. These are things that have been reported," Mlodinow said.

Biologic meshes, on the other hand, are designed to eventually dissolve or absorb into the body, but Mlodinow said these mesh devices tend to yield higher rates of recurrence of whatever they were meant to fix because they tend to disappear before the body has healed.

"They sometimes also carry inflammatory reactions due to the processing needed to make a biologic mesh tolerable to the body, because this is literally skin of pigs or skin of other humans being used," he said.

DuraSorb is clearly not the first bioabsorbable surgical mesh on the market. Mlodinow said there are meshes available today that are designed to be gone in a month or two, which means they are not useful for any longterm support.

"They lose strength after a couple of weeks and they kind of sit there and are gone in a couple of months," he said.

On the other hand, Mlodinow said there are bioabsorbable mesh products that provide long-term support, but they tend to experience the same complications seen with permanent synthetic meshes because they stay in the body for as long as three years.

"If the whole point is to reduce that longterm risk you should try to hit that window where you're supporting the body during the critical phases of wound healing, providing that scaffolding, and then over some duration within reasonably short order after that disappear.

DuraSorb was designed to offer benefits of both biologic mesh and synthetic mesh. It's designed to retain strength and provide wound support for about four months and then disappears within a year. Mlodinow said the company sourced materials from U.S. suppliers, with help from the Qmed Directory,  in order to develop the product in a cost-effective way.

“The idea of a mesh that is there when you need it and gone when you don’t is appealing, for much the same reason that absorbable sutures have become a key part of a surgeon’s armamentarium – tissue support from a foreign material is crucial during healing, but at some point thereafter may become a liability,” said John Kim, MD, inventor of the device and a professor of plastic surgery at Northwestern University. “This technology was developed in direct response to unmet clinical needs in our field.”

The company is in discussions with four large multinational organizations that are interested in licensing the product, Mlodinow said. SIA is also planning to use the preclinical data that it already has as a basis to launch an abdominal wall study using the product.

“Having known people who have gone through the pain of multiple mesh-related operations, I found it gratifying to collaborate closely with opinion-leading surgeons to make DuraSorb a reality,” Mlodinow said. “Their guidance went into every key decision during product development, and will now steer our clinical trial strategy as we replicate our robust preclinical data in a real-world setting.”