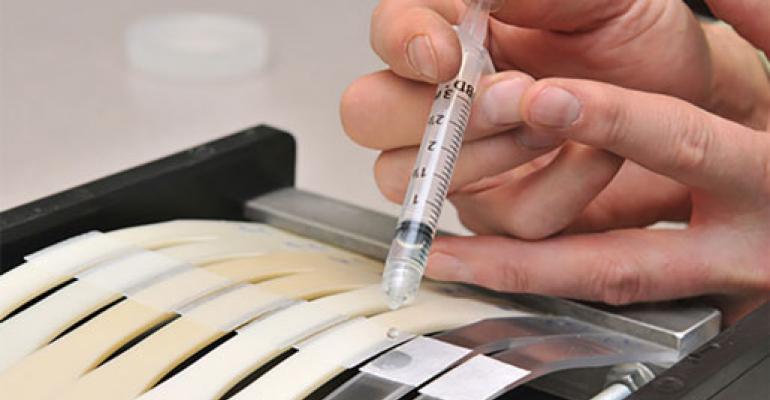 Medical device manufacturers today demand plastics that are stronger, lighter, and mroe durable than ever before.

Medical device manufacturers today demand plastics that are stronger, lighter, and more durable than ever before.

Plastics are ubiquitous in healthcare settings, found in the housings of light and heavy-duty medical equipment, as well as in containers that carry drugs and the devices that administer them. But advances in medical technology bring new challenges to plastics suppliers. For instance, medical device makers are increasingly seeking plastics for medical devices that must be light but also strong. Plastics suppliers are responding to these needs by taking a page from approaches they have used supplying other industries, and in some cases, coming up with new solutions altogether.

Like other medical device suppliers, plastics companies have had to respond to the device industry’s movement toward smaller products and handheld devices that house sophisticated electronics in a smaller overall footprint. In particular, point-of-care technologies, including self-administered and handheld tests, are driving a lot of the recent plastics demand, says Martin Lindway, global medical marketing manager for Berwyn, PA-based Trinseo. The trend toward handheld devices, such as glucose meters, creates demand for materials that are lighter in weight but which can also maintain their structure, he explains. Plastics companies have responded by turning to their earlier work in consumer electronics. Lindway says Trinseo’s consumer electronics experience can be adapted to handheld medical devices. Consumer electronics companies want plastics that are light in weight, durable, aesthetically pleasing, yet also offering freedom for design. It turns out that medical device makers want the same qualities, he says.

RTP Co. (see RTP Co. at BIOMEDevice San Jose, Booth #223), a Winona, MN-based plastics company, also found that its experience working with the automotive and mobile phone industries paved the way for making the housings, handles, and grips for handheld medical devices. “It’s proven technology because we’ve been using it in other industries for so long,” says Josh Blackmore, global healthcare manager for the company.

Blackmore says besides point-of-care products, he sees growing demand from surgical robotics makers. But the next wave of plastics innovation could be used to address problems affecting longstanding hospital equipment. Plastics on medical equipment are breaking down from the chemicals and cleaners used to disinfect them, he says. The persistence of healthcare-associated infections has led hospitals to adopt more stringent disinfection protocols, he says. Hospital staff now clean more frequently, using stronger chemicals and cleaners. These harsher products are damaging the plastics on hospital equipment and medical devices.

The plastic most commonly used in medical devices and electronics housing is polycarbonate/acrylonitrile butadiene styrene (PC/ABS). While this blend produces a strong material, it’s also susceptible to breaking after repeated cleanings, Blackmore says. RTP first noticed the breakage problem about two years ago when the company started fielding calls from customers who said the chemicals in disinfectants were breaking down the plastics.

Over the last two years, RTP developed a new, proprietary plastic. The company’s RTP 2000 HC series has shown in tests that it can hold up against frequent applications of disinfectants. This new RTP plastic has no antimicrobial properties. But Blackmore says it is equal to or better than PC/ABS.

The new plastic has the same shrink rate and can be used in medical device makers’ existing molds, allowing device companies to work with it in the same way they did with PC/ABS. Blackmore says the material has been tested and validated by multiple medical device companies, although RTP has no data on how long the new plastic will last. Under continuous cycles of cleaning, the plastics have had no failures. The new material has recently launched and is now available to medical device companies. Blackmore says it can be used on an array of devices, including x-ray machines, feeding pumps, drug pumps, and diagnostic or monitoring equipment—anything in a hospital that is subjected to rigorous and frequent disinfection.

There are two areas where chemical resistance in plastics is key, according to Lindway: heavy- or light-duty equipment housings and devices or containers that carry or hold drugs. “In the absence of being disposable, both need to withstand chemicals that are very aggressive,” he explains.

Trinseo engineered its own resins, which are designed to offer better resistance to chemicals, cleaners, and disinfectants. The company’s Emerge 9000 resins series, made from polycarbonate and polyethylene terephthalate, is designed to resist the corrosive effects of a wide range of chemicals, cleaners, and disinfectants. The material successfully passed the industry standard Environmental Stress Cracking test, which keeps the material in contact with disinfectant for three days. Beyond its chemical resistance, Lindway says the new material meets the processability, heat resistance, impact strength, and toughness requirements of medical device companies.  He says this new plastic is used primarily in the housings of powered devices.

Like many suppliers, Trinseo prefers to be brought into the device development process as early as possible. Early involvement helps the supplier manage the device maker’s risks related to the chosen material, Lindway says. But the device design and development process does not always turn out that way. As device makers work on new products, Blackmore has noticed that some companies opt for a material that had been used in previous devices because that material has already passed regulatory muster. But just because a material passed in one device does not mean it will pass in other applications, he says. A discussion about materials in the design phase can help the supplier deliver a product that will meet specifications and pass regulatory scrutiny. Blackmore says sometimes companies get deep into the regulatory process only to learn too late that the material they’ve selected won’t work or won’t overcome the regulatory hurdle, which ends up costing more money.

“If you fail to pass at the end, it sends you all the way back to materials selection,” Blackmore says.

Frank Vinluan is a freelance contributor to MD+DI. Reach him at [email protected]