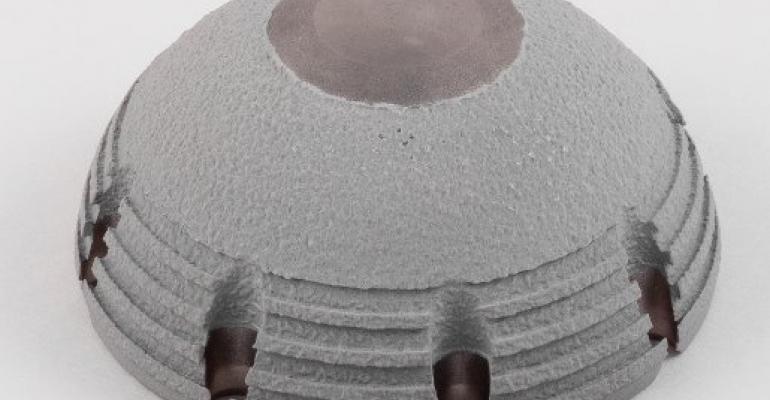 The best medical device designs can be stymied by the reaction of the human body. Implantable devices are greeted as foreign bodies, and they resist insertion, fail to remain in place, or trigger blood clots. Coatings on the surface of a device can help overcome these challenges. But instead of coatings that carry a single purpose, surface modification technology is moving toward products that bring multiple options to medical device companies.

The Holt, MI-based company supplies coatings that promote connection of the device to the bone, which makes an orthopedic implant more stable. As more implantable devices are made out of plastic rather than metal, coatings suppliers have had to adjust their offerings. For example, Crivella said many medical device makers now ask for coatings suitable for polyetheretherketone (PEEK) polymers, which present challenges for coating technology. Plastic melts at the high temperatures required to cure coatings. The only coating suitable for plastics is a plasma spray. Crivella said Orchid has developed a proprietary way to keep a plastic medical device part at the right temperature--cool enough so the plastic does not melt, but hot enough so the coating adheres.

The size and shape of some medical devices can also present challenges because coatings can only be sprayed on areas visible to the eye. That's not a problem for devices developed for the hips or knees, whose designs have largely stayed the same over the years, Crivella said. But newer implant designs developed for other parts of the body, such as the shoulder or the ankle, can challenge a coatings supplier to coat the entire device.

Ajay Luthra, CEO of Berkshire, UK-based BioInteractions, said he sees OEMs looking to reduce the cost of manufacturing without losing any efficacy. He added that they also want to make the coating process simpler while at the same time boosting the throughput of parts coated. The typical supplier selection process for BioInteractions involves a standard list of questions presented by the OEM designed to gauge whether the supplier's coatings are suitable for the devices, Luthra explained. Suppliers that offer satisfactory responses move on to preliminary tests. Only after those tests do OEMs discuss with the supplier the pricing options of coatings.

A discussion with an OEM's engineers about the design of a device, its material, and the part of the body the device will be implanted in, gives Crivella enough information to make some coating recommendations that can make a product more easily manufacturable. For example, a device that comes with a cross section might leave a blind area that is difficult to coat. A workaround could involve coating the device without the cross section, and then adding that section afterward.

While OEMs always want to keep their costs as low as possible, there are instances in which more expensive coatings are justified. Implanted medical devices run the risk of triggering the body to respond to the device as foreign material, leading to proteins sticking to the surface of the device, as well as the formation of blood clots. Coatings work to counter these bodily responses, which can impair a device's performance. A BioInteractions coating called Astute offers nonthrombogenic properties to reduce the tendency of proteins to deposit on the surface of a device, as well as antithrombogenic properties to prevent clotting. The anticlotting properties come from incorporating heparin into the coating. The coating is used in devices such as cardiopulmonary bypass products, hemodialysis catheters, and heart valves.

"Heparin is a very expensive molecule, but if the product can tolerate the expense, it's a very useful coating to have," Luthra said.

Medical device companies are increasingly looking for multifunctional coatings, Luthra said. BioInteractions developed its Evolve coating following customer inquiries for a coating that was both antithrombogenic and antimicrobial. Orchid is not pursuing antimicrobial coatings. The company's research is currently focused on addressing some of the challenges facing existing coating technology. Orchid is developing a new ultrathin hydroxylapatite (HA) coating that is applied in a manner that avoids some of the geometry and line-of-sight issues of currently available HA coatings, Crivella explained. Besides offering a very thin layer, this coating is also applicable to different materials, such as plastics and carbon fiber. It's an example of what coatings companies are trying deliver with the next generation of coatings--easier application, multiple functions, and versatility.

"The technology is out there," Crivella said.