Graphene Continues to Blow Our Minds with Its Interesting Physics 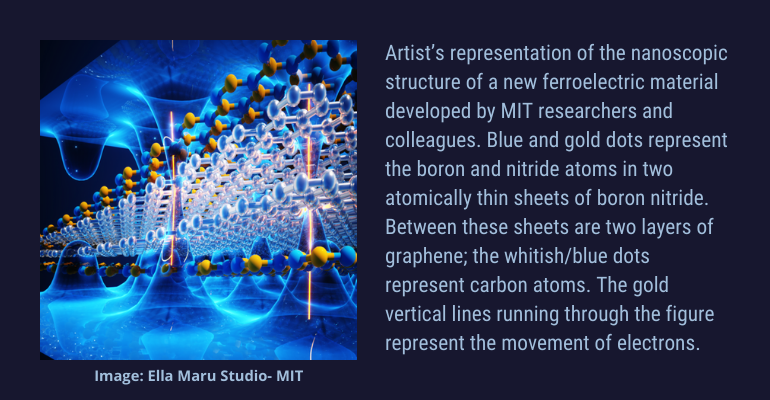 MIT researchers and colleagues recently discovered an important — and unexpected — electronic property of graphene, a material frequently used in medtech that continues to amaze scientists with its interesting physics.

Back in 2004, Andrew Geim and Konstantin Novoselov discovered graphene, and within just a few years medtech engineers were gaga for graphene.

Graphene is a one-atom-thick sheet composed of carbon arranged in a hexagon or honeycomb-like lattice. Today the material is used in a wide array of medical applications and it seems scientists are still uncovering new properties of the wonder material. Most recently, researchers at the Massachusetts Institute of Technology (MIT) and their colleagues at other universities discovered an unexpected electronic property of graphene.

The MIT-led work, which involves structures composed of atomically thin layers of materials that are also biocompatible, could usher in new, faster information-processing paradigms. One potential application is in neuromorphic computing, which aims to replicate the neuronal cells in the body responsible for everything from behavior to memories.

The work also introduces new physics that the researchers are excited to explore.

“Graphene-based heterostructures continue to produce fascinating surprises. Our observation of unconventional ferroelectricity in this simple and ultra-thin system challenges many of the prevailing assumptions about ferroelectric systems, and it may pave the way for an entire generation of new ferroelectrics materials,” said Pablo Jarillo-Herrero, a physics professor at MIT and leader of the work, which involved a collaboration with five other MIT faculty from three departments.

A new property of graphene

Since the material’s discovery, scientists have shown that different configurations of graphene layers can give rise to a variety of important properties. Graphene-based structures can be either superconductors, which conduct electricity without resistance, or insulators, which prevent the movement of electricity. They have even been found to display magnetism.

In this work, which was reported in Nature, the researchers show that bilayer graphene can also be ferroelectric. This means that positive and negative charges in the material can spontaneously separate into different layers.

For all of these reasons, ferroelectric materials are used in a variety of electronic systems, from medical ultrasounds to radio frequency identification cards. Conventional ferroelectrics, however, are insulators. The team’s graphene-based ferroelectric operates through a completely different mechanism — different physics — that allows it to conduct electricity. And that opens up myriad additional applications.

“What we’ve found here is a new type of ferroelectric material,” said Zhiren "Isaac" Zheng, an MIT graduate student in physics and first author of the Nature paper.

Qiong Ma, PhD, a co-author of the paper and an assistant professor at Boston College, puts the work in perspective. Ma conducted the current work as a postdoc through MIT’s Materials Research Laboratory.

“There are challenges associated with conventional ferroelectrics that people have been working to overcome. For example, the ferroelectric phase becomes unstable as the device continues to be miniaturized. With our material, some of those challenges may be automatically solved," Ma said.

The team created a structure composed of two layers of graphene — a bilayer — sandwiched between atomically thin layers of boron nitride (BN) above and below. Each BN layer is at a slightly different angle from the other. Looking from above, the result is a unique pattern called a moiré superlattice. A moiré pattern, in turn, can dramatically change the properties of a material, Zheng said.

Jarillo-Herrero’s group demonstrated an important example of this in 2018. In that work, also reported in Nature, the researchers stacked two layers of graphene. Those layers, however, weren’t exactly on top of each other; rather, one was slightly rotated at a “magic angle” of 1.1 degrees. The resulting structure created a moiré pattern that in turn allowed the graphene to be either a superconductor or an insulator depending on the number of electrons in the system as provided by an electric field. Essentially the team was able to tune graphene to behave at two electrical extremes.

“So by creating this moiré structure, graphene is not graphene anymore. It almost magically turns into something very, very different,” Ma said.

In the current work, the researchers created a moiré pattern with sheets of graphene and boron nitride that has resulted in a new form of ferroelectricity. The physics involved in the movement of electrons through the structure is different from that of conventional ferroelectrics.

The researchers plan to continue their work by demonstrating the new material’s potential for a variety of applications, and also by developing a better understanding of its physics.

“There are still many mysteries that we don’t fully understand and that are fundamentally very intriguing,” Ma said.

Graphene has many siblings

Since the discovery of graphene, scientists have reported findings involving materials described as a sibling to the wonder material, like phagraphene.

Discovered by researchers from Russia, the United States, and China, the pharagraphene material possesses all the properties of graphene that allows it to be considered an advanced material for flexible electronic devices, transistors, solar batteries, display units, and more. The material should behave differently though, in that the velocity of electrons traveling through it is depends on the direction they are introduced into the material. Graphene is different in this regard, researchers involved with that work said at the time.

"Pharagraphene consists of penta-, hexa-, and heptagonal carbon rings," said Artyom Oganov, the lead researcher on the pharagraphene project. He also noted that the name comes from a contraction of Penta-Hexa-heptA-graphne.

Graphene has been lauded for its low cost, ease of use, flexible structure, high optical transparency, and significant mechanical strength. The material's appeal, however, is rooted in its superior electrical and thermal conductivity. Graphene's electrical conductivity is 100 times faster than that of silicon, while its thermal conductivity ranges from 3500-5300 W/mK, compared with 130 W/mK for silicon, MD+DI reported in 2009.

Over the years scientists have also touted graphene's antimicrobial properties, and its ability to give gold nanoparticles some stability. In 2013, MD+DI reported on a nanocomposite of graphene and copper, developed by an international team of researchers, that is 500 times stronger than pure metal. A related material, which fuses graphene and nickel, is 180 times stronger than pure metal. The scientists created the material by layering the metal with monolayer graphene. To accomplish that, they used chemical vapor deposition to create what is reportedly the first metal-graphene multilayer composite.

Ironing the wrinkles out of graphene

For all of its amazing properties and applications, graphene is not without its wrinkles. Literally.

As MD+DI reported in 2011, the electrical properties of this amazing material depend greatly on its flatness and purity. Using a combination of sophisticated computer modeling and advanced materials analysis techniques at synchrotron laboratories, researchers demonstrated how some relatively simple processing flaws can seriously degrade the material's electrical properties.

Their work showed how both wrinkles in the graphene sheet and/or chance contaminants from processing--possibly hiding in those folds--disrupt and slow electron flow across the sheet. The results could be important for the design of commercial manufacturing processes that exploit the unique electrical properties of graphene. At least in the case of contaminant molecules, the scientists suggest that simply heating the material could solve the problem.